Vancouver Giants earned another hard-fought point in a 3-2 shootout loss to the Kelowna Rockets Saturday night (Jan.4) in the Okanagan.

Pavel Novak and Liam Kindree responded with goals in regulation for Kelowna while Conner McDonald’s goal in the third round of the shootout helped clinch Kelowna’s first victory of the season against Vancouver.

Roman Basran made 23 saves in the Kelowna net.

In the first period, Liam Kindree opened the scoring for Kelowna off a shot from the right-wing circle at 16:32. Jadon Joseph and Elias Carmichael both earned assists.

Just 25 seconds late,r the Giants responded when Holden Katzalay spun around in the high slot and backhanded his first WHL goal past Roman Basran. Seth Bafaro and Zack Ostapchuk supplied the assists.

After a scoreless second periodm Tristen Nielsen moved the Giants ahead 2-1 when his shot from the right-wing circle ripped past Roman Basran at 4:21. Connor Horning and Milos Roman both assisted on Nielsen’s team-leading 18th goal.

Back came the Rockets at 11:04 when Pavel Novak parked himself in the left-wing circle and one-timed home a Conner McDonald cross-ice pass to tie the score.

There was no scoring in overtime.

Over the course of their seven-game stretch of games against the B.C. Division, the Giants went 3-2-1-1.

The Giants went 0-0-1-1 during their two game weekend road trip against Kamloops and Kelowna.

David Tendeck stopped 79 of the 83 shots he faced this weekend for a save percentage of .951.

With the added point, the Giants sit five points back of Kelowna for third in the B.C. Division standings.

Next Giants game goes Friday, Jan. 10th in Spokane against the Chiefs at 7:05 p.m. 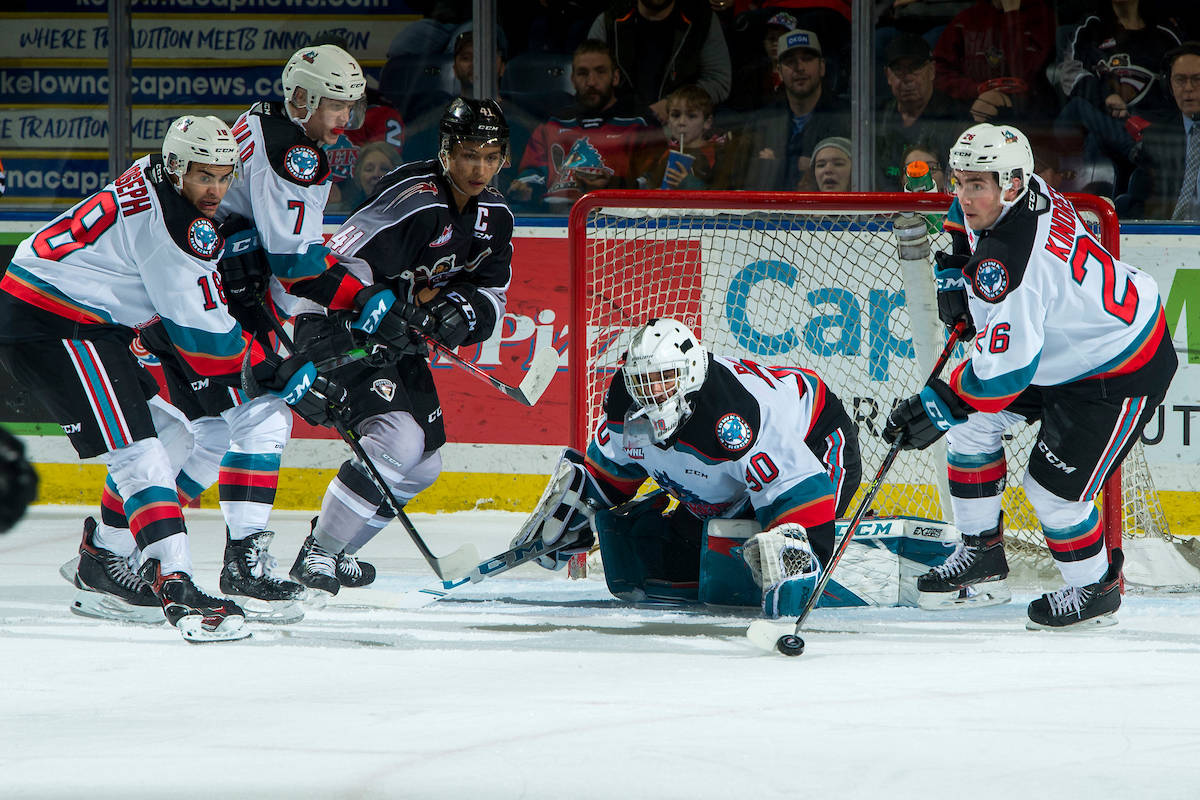 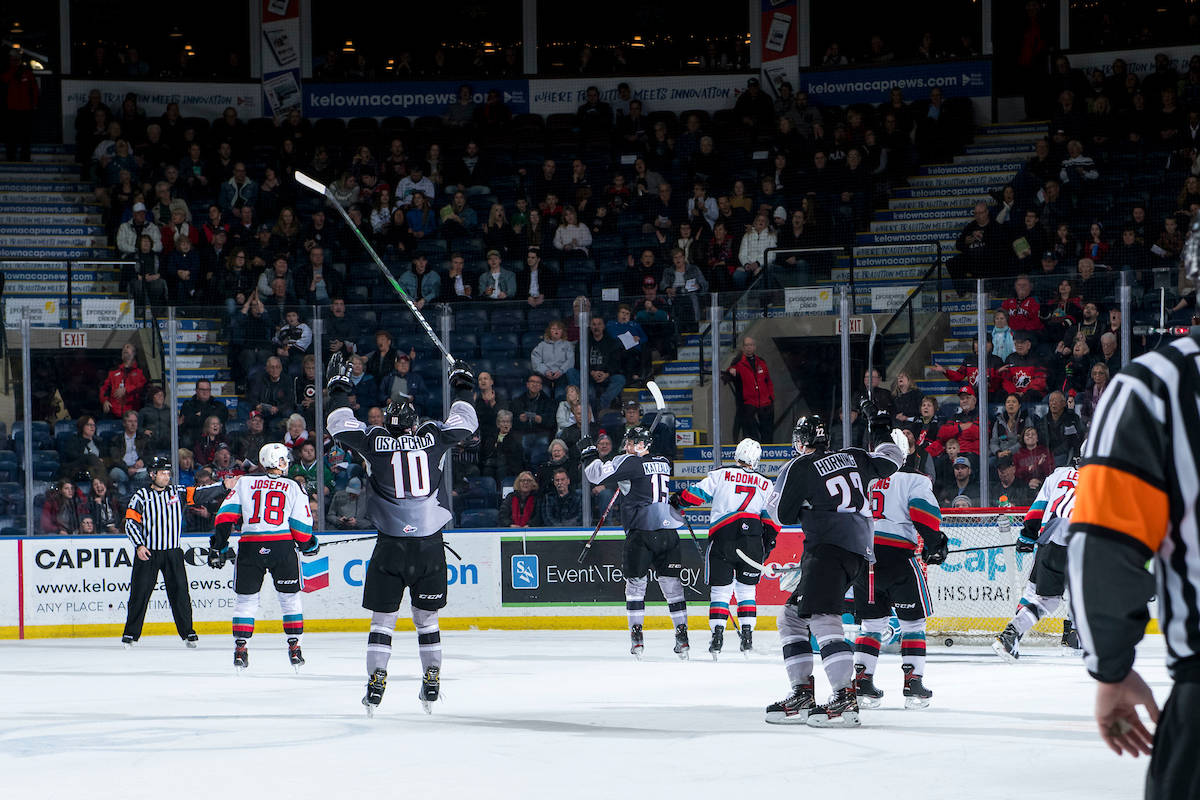 Holden Katzalay scored the first goal of the first period for the Vancouver Giants against the Kelowna Rockets at Prospera Place on Saturday, Jan. 4 in Kelown. (Photo by Marissa Baecker/Shoot the Breeze) 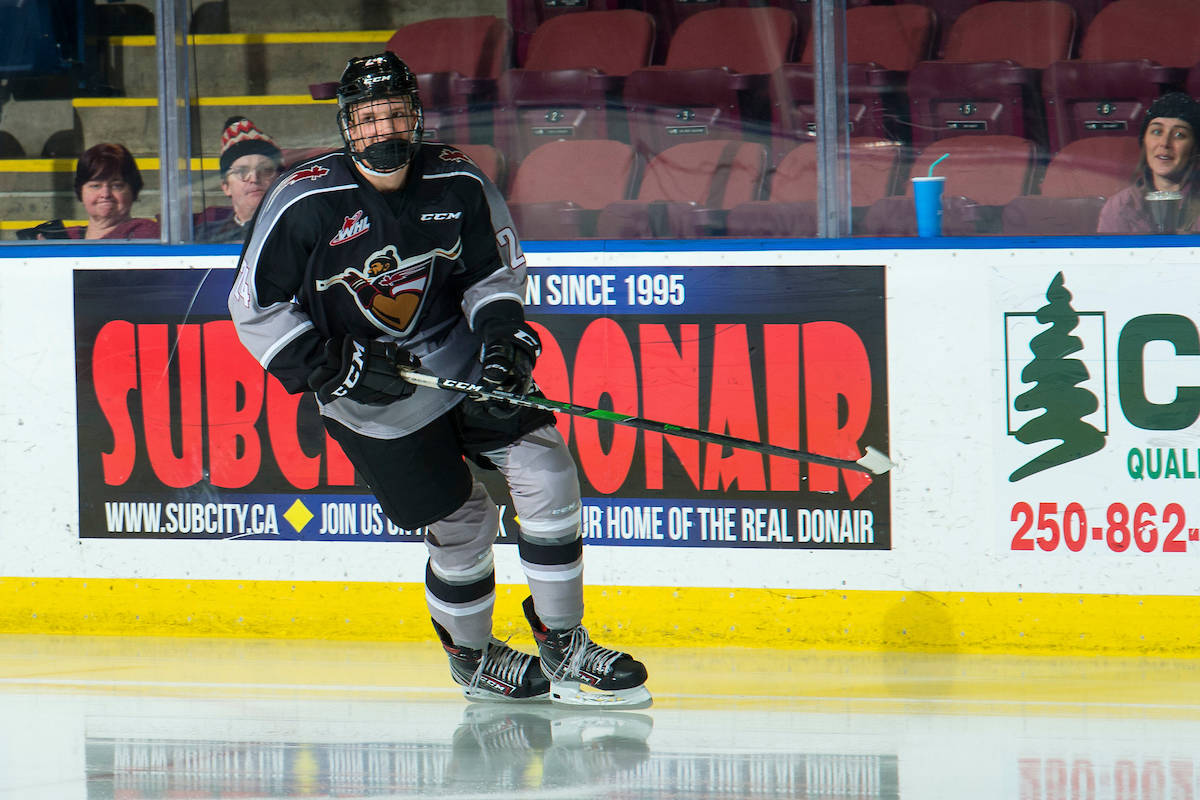 Brenden Pentecost of the Vancouver Giants skated a solo lap at the beginning of warm up to commemorate his first game in the WHL against the Kelowna Rockets at Prospera Place on Friday, Jan. 4 in Kelowna. (Photo by Marissa Baecker/Shoot the Breeze)