Superfan Patrick ‘Crazy P’ Thomas can be heard shouting “I say B.C., you say Lions!” at just about every B.C. Lions game.

It’s just one of many chants in his repertoire as Thomas celebrates 15 years of cheering and spreading joy for B.C.’s CFL team.

Thomas, 51, got his start in football and chanting with the Saanich Hornets team back when he was just eight years old. After years of chanting and cheering, he became the B.C. Lions hype man in 2005 when he pitched the Crazy P persona to the team’s staff. They gave him a shot and he never looked back.

Nowadays, with complimentary season tickets in hand, Thomas attends every B.C. Lions game decked out in the team’s black and orange gear and his number 44 jersey to cheer, chant and bang his trademark drum.

After five years with the B.C. Lions, Thomas was invited to rouse crowds at the 2010 Winter Olympics in Vancouver. He’s since brought the Crazy P spirit to several Memorial Cups, hockey games, soccer matches and University of British Columbia sporting events.

Thomas lives in Vancouver, but grew up in Saanich playing sports, developing his chants and working with various local improv groups such as ACTT and Spilt Milk. He credits his love of performing to his days riling up fans at the field in Glanford Park and acting in front of the Empress Hotel. Thomas has a day job, but Crazy P is where his passion lies.

The B.C. Lions are currently ranked at the bottom of the West Division after only winning two of their last 12 games, but that hasn’t slowed Thomas one bit. His chants ring out through the stadium no matter the score because loud fans help energize the crowd which motivates the team, he explained.

He acknowledged that some people don’t appreciate what he does, but “haters” don’t phase him. Thomas writes it off as part of the experience noting that “not everyone likes Will Smith either.”

For the most part, people of all ages from all over the province are excited to see Thomas at games and many have become like family to him. Sports brings people from all demographics together and gets them off their phones, he explained.

He’s made unique friendships with folks young and old that have spanned decades. People tell him about their lives and know he truly cares.

Thomas has several buddies who he makes sure to stop and say hello to at each game. One young fan has travelled from the Sunshine Coast for games with her family since she was a toddler and Thomas makes sure to catch up with them at least once a year. Another one of Thomas’ buddies, Ethan Kenney – a 19-year-old B.C. Lions fan with cerebral palsy – told him that people often treat him like a child or ignore him, but that Thomas makes him feel seen.

Thomas explained that he and his fellow superfans have a close bond and that they’ve had an impact each other’s lives.

“We’re friends, we’re family,” he said emotionally. “They mean absolutely everything to me.”

Thomas doesn’t just cheer for his own team. He works to make everyone feel welcome by spreading love and learning cheers in other languages to support teams from other countries. He credits his mother for his positive outlook and desire to spread joy as she “loved everyone.”

Cheering and connecting with the community helps Thomas feel young and he’s grateful for the opportunity to do what he loves. He has no plans to retire the Crazy P persona anytime soon and will continue to bang his drum at every sporting event he can get to. If Mick Jagger is still going, then so is Crazy P, he explained with a laugh.

The next 15 years of Crazy P will likely include some new adventures. Thomas hopes to one day cheer at the Rugby Sevens and maybe at a Canucks game or two. A Crazy P show wouldn’t be out of the question either, he said. 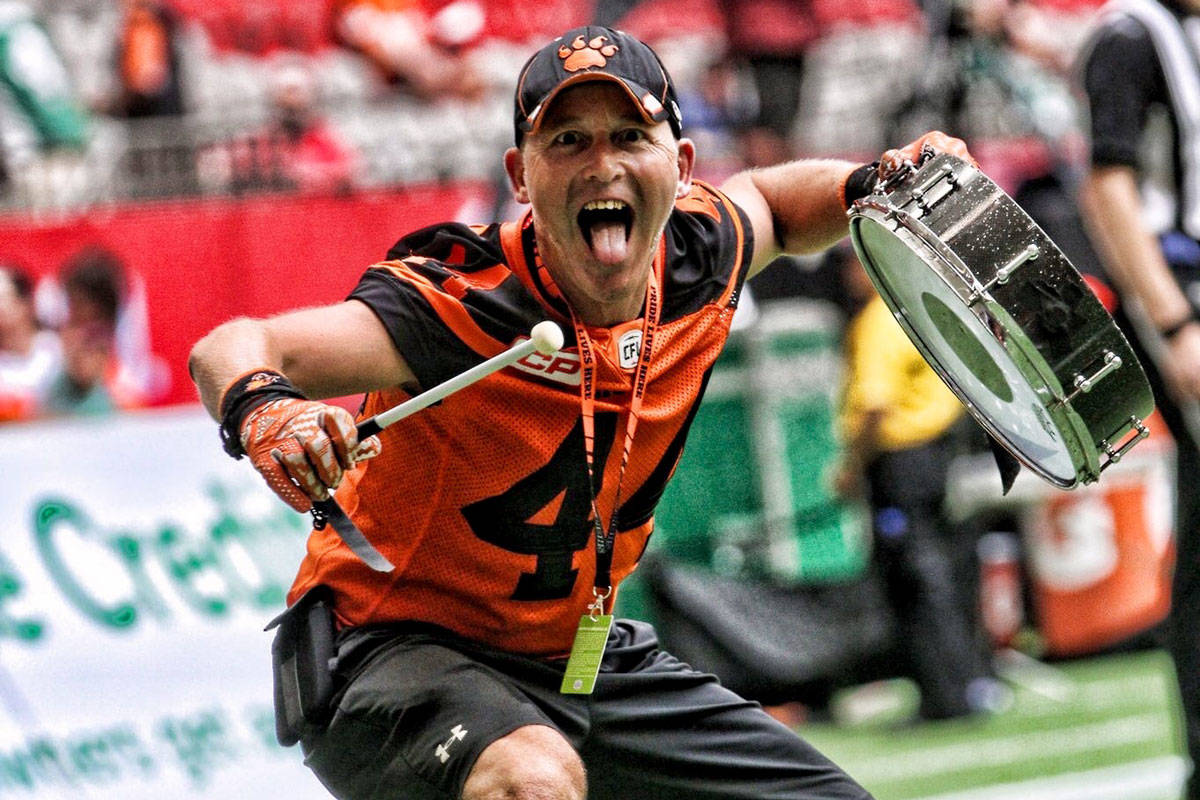 VIDEO: A moment to remember during day three of the World Lacrosse Men’s Indoor Championship