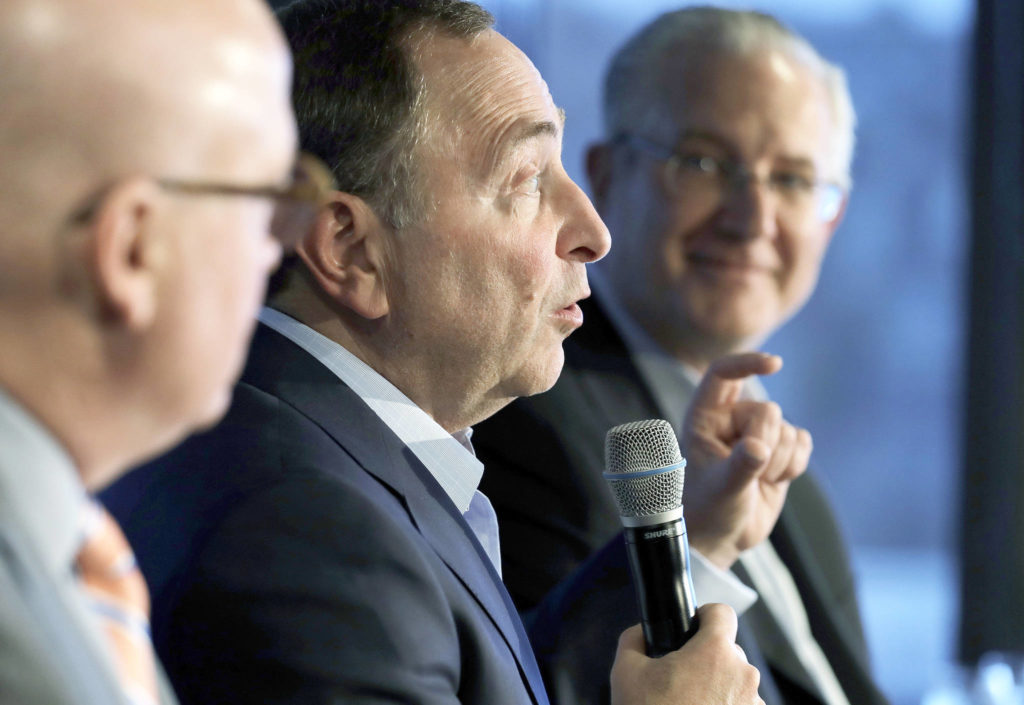 B.C. Premier John Horgan says he has reached out and offered the NHL a place to play games if the league can find a way to resume its suspended season.

Speaking at a COVID-19 media briefing Wednesday, Horgan said that he has written a letter to both NHL commissioner Gary Bettman and the head of the NHL Players’ Association, Donald Fehr, to let them know that B.C. is ”a place to potentially restart the NHL assuming the games would be played without audiences, but instead played for television.”

The NHL, which was forced to pause its schedule March 12 amid the COVID-19 pandemic, has been looking at plans to centralize groups of teams in low-risk centres in hopes of resuming the 2019-20 campaign this summer.

Under one rumoured proposal, fans wouldn’t be allowed in arenas and teams would be sequestered in hotels. There were 189 games left in the regular season when the NHL halted play.

Dr. Bonnie Henry, B.C’s provincial health officer, was asked Monday about Vancouver hosting NHL games with no fans and said: ”these are the types of things that we need to think about.”

Ontario Premier Doug Ford said on Tuesday that the Maple Leafs’ parent company, MLSE, has been in contact with the province about the possibility of Toronto serving as a so-called “hockey pod” for teams as well should the NHL resume its season.

As of early April, eight NHLers were reported to have tested positive for COVID-19, including five members of the Ottawa Senators. All have since recovered.

The league and NHLPA have formed a joint committee to determine a path forward that could get games back on the ice sometime in July.

Bettman recently noted that government and medical officials will ultimately make the call on when sports can return.

One year after he was drafted, Damian Palmieri signs with the Vancouver Giants