Make it a baker’s dozen for the Trinity Western Spartans.

The men’s volleyball team maintains their No. 1 ranking after back-to-back 3-0 victories over the Regina Cougars on Jan. 19 and 20 at the Langley Events Centre.

The victories improve TWU to 17-1 as they look to lock down top spot in Canada West.

After managing to win an inefficient opening set, the Spartans found their form in the second and third sets, running away with a convincing three-set victory over the Cougars.

Left side Eric Loeppky led TWU with 15 kills while hitting .423 and adding four aces and Pearson Eshenko had a match-high eight blocks.

“In the first set, it was just errors that stacked up. We missed too many serves and then we hit a bunch of balls out of bounds and had some situational errors,” said Spartans coach Ben Josephson.

“One of our talks was that last night I thought we were making selfish plays at times. But tonight, in the first set, I thought they made some very passive or selfless plays. So, they overcompensated in the first set, and that’s what we talked about between sets — we swung too far the other way.

“Somewhere in the middle is the balance they need to find and I think they found a better balance, but it was never easy.”

The first set went to the wire with WU winning 25-23. They took sets two and three by identical 25-17 scores.

“Nobody ever felt comfortable in that game. It just felt hard the whole time. It’s a credit to them and their staff. They did a lot of really tactical things against us. It was a neat game to watch from the sidelines and how our kids adapted,” Josephson said.

“Regina did a good job of putting us in an uncomfortable spot for the whole match. I thought our kids responded really well in the second and third sets. A lot of that had to do with how Mark (Antoniuk) played. We call him GPS because he knows the court so well and I felt like GPS was dialed in today.”

Friday’s match was the opposite as TWU won the first two sets by 25-19 scores before being pushed to the brink in set three before prevailing 29-27.

The Spartans are off this weekend. 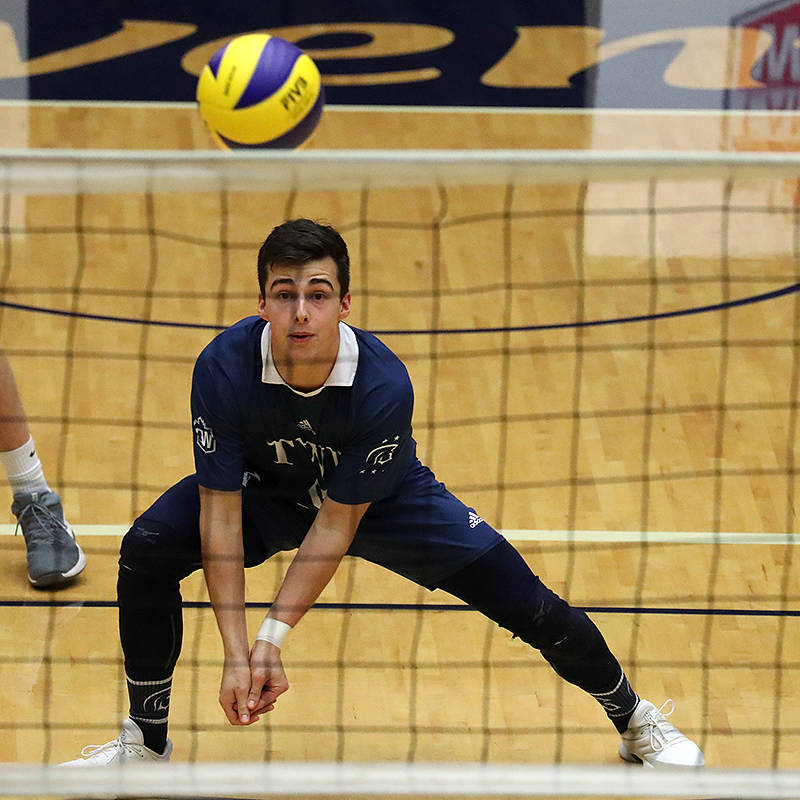