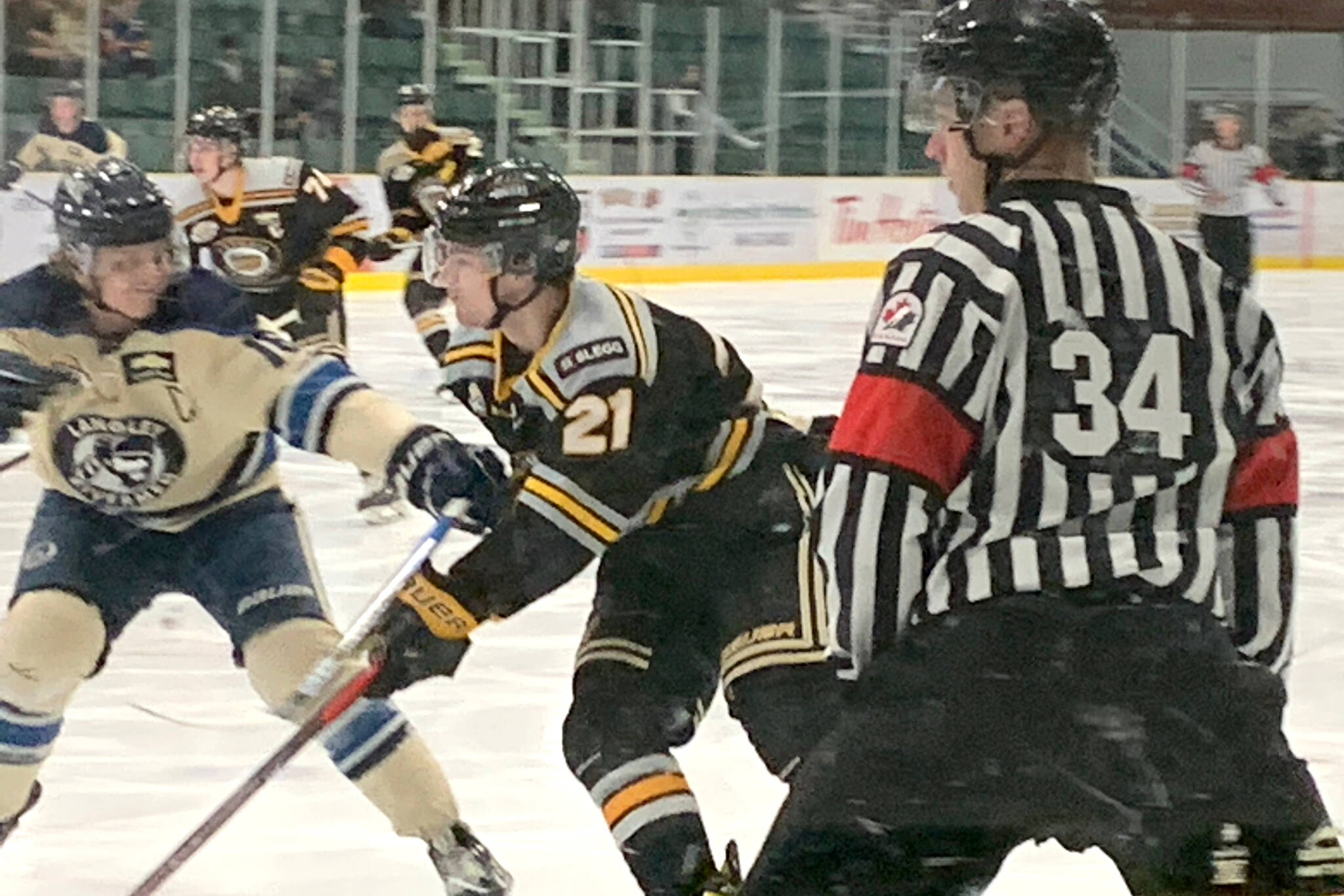 Langley Rivermen took the first game in playoffs against the Victoria Grizzlies last Friday night at the George Preston Recreation Centre. Both teams are back in Langley this Friday for Game 5. (Roxanne Hooper/Langley Advance Times)

It’s playoff time, and the action on the ice at George Preston Rec Centre this last week has been intense – and only expected to amp up Friday.

In back-to-back games last weekend, the Langley Rivermen took the first in a best-of-seven series against Victoria on Friday night. The Grizzlies fell 3-2 to the Rivermen before a crowd of 465 in the first game of the 2022 Fred Page Cup playoffs.

RELATED: VIDEO – Rivermen down Grizzlies in first of playoff series

Then, they were back on the ice at The Lodge in Langley again on Saturday night, where the Grizzlies sought revenge and succeeded.

With 39 shots on goal, compared to Rivermen’s 34, the Grizzlies ultimately defeated the Rivermen by the score of 8-3.

That left the BCHL rivals 1-1 in the playoffs, as they headed to Victoria for back-to-back games at the Q Centre on Tuesday and Wednesday nights.

Tuesday put another point in the winners column for the Rivermen, when they took the game in overtime by the score of 5-4.

And on Wednesday, they recorded another victory, downing the Grizzlies by the score of 4-1.

They take today (Thursday) off from play, and will be back at the Lodge for the fifth game on Friday, April 8. The puck drops at 7:15 p.m. This could be the deciding game for the Rivermen, who are now sitting 3-1 in the seven-game series.

“We need the city of Langley to come out and support the boys on Friday night, you get loud, we’ll handle the rest,” said a Rivermen posting on their Facebook page.

Tickets are still available for the game. Single-game tickets can be purchased at “The Lodge” box office 45 minutes before puck drop. They’re also available by calling 778-246-2245, emailing tickets@langleyrivermen.com or purchase online at HappsNow.

In the best-of-seven format, and depending on how they do Friday at home, then it’s off back to the Q Centre in Victoria again on Saturday, April 9, and potentially back on home ice again at George Preston Rec Centre on Saturday, April 10.