After surrendering an early touchdown, the North Langley Bears rattled off the game’s final 30 points to secure a victory on opening weekend.

The trio of Nicholas Reimer, Ethan Sledding and Manny Fotiou were consistently in the Chilliwack backfield, stuffing the Giants before they could even cross the line of scrimmage. And those that did make it through were quickly met by linebackers Cameron Neal and Jordan Williams.

On offence, running backs Mathieu Gale and Juan Valle, as well as quarterback Owen Sieben, utilized the tenacious blocking off their line of scrimmage to combine for 200 of the team’s 380 yards rushing.

In a battle of the bears, it was the North Langley Kodiaks topping the North Surrey Bears 23-14.

The midget football teams played on Saturday at MAP in a game dominated by the defences and North Langley’s special teams.

The Kodiaks trailed 14-3 at the half, but shut the door the rest of the way.

Charlie May kicked three field goals, Kalum MacPherson blocked a North Surrey punt, recovering the ball in the end zone for one score and Ryan Barthelson recovered a fumble and returned it 60 yards for the other major.

Drey Blair and Jared Slater had a strong game running the ball, moving the chains in the second half to keep the North Surrey offence on the sidelines.

Evan Hoy had both a rushing touchdown and a defensive score, recovering a fumble in the end zone. But that was not enough as the North Langley peewee Bears lost 18-13 to the Chilliwack Giants Blue on Saturday at MAP.

Aidan McMurty had a strong game for the defence in the loss while quarterback Ben Evans and Damon Bernemann had solid games on offence.

Aaron Linden scored a late touchdown to prevent the shutout but the North Langley bantam Bears lost 18-6 to the North Surrey Tigers Saturday at MAP.

Seth Mongroo, Ronil Chand and Ciaran Davies had strong games for the defence.

North Langley’s two flag football teams were also in action against Chilliwack on Saturday at MAP.

Both Bears teams went 1-1 against their Chilliwack counterparts.

The Langley Stampeders midget football team went to Victoria and opened up the season with a 36-7 win over the Spartans on Sunday.

The teams were tied at seven after one quarter before the Stampeders offence found its groove and took control.

Azuka Okoli took advantage of his offensive line overpowering their defensive counterparts to rush for 175 yards and two scores while Jacob Smart and Owen Jenkins both found the end zone as well.

Quarterback Shawn Lal connected with Cam’ron Lobban for the team’s other touchdown while Joshua Fletcher made four of the five convert attempts.

The defence was all over Victoria, recording a safety and three quarterback sacks.

Joe Nickel finished with five tackles and a sack while Stryker Roloff had four tackles and Damon Minhas and Smart finishing with three tackles apiece. Pardeep Hayer and Jenkins each also came up with quarterback sacks.

The Langley junior bantam Outlaws opened their season on Sunday at McLeod Athletic Park, falling 26-0 to the Richmond Raiders.

The Outlaws defence had a great second half, holding the Raiders to six points.

Joseph Holani led Langley with five tackles and a quarterback sack while Benson Bui had four tackles. Dorian Scapino, Noah Erickson and James Cuthbert each finished with three tackles and Riley Ford had a pair of stops. Brandon Ng also came up with a fumble recovery. 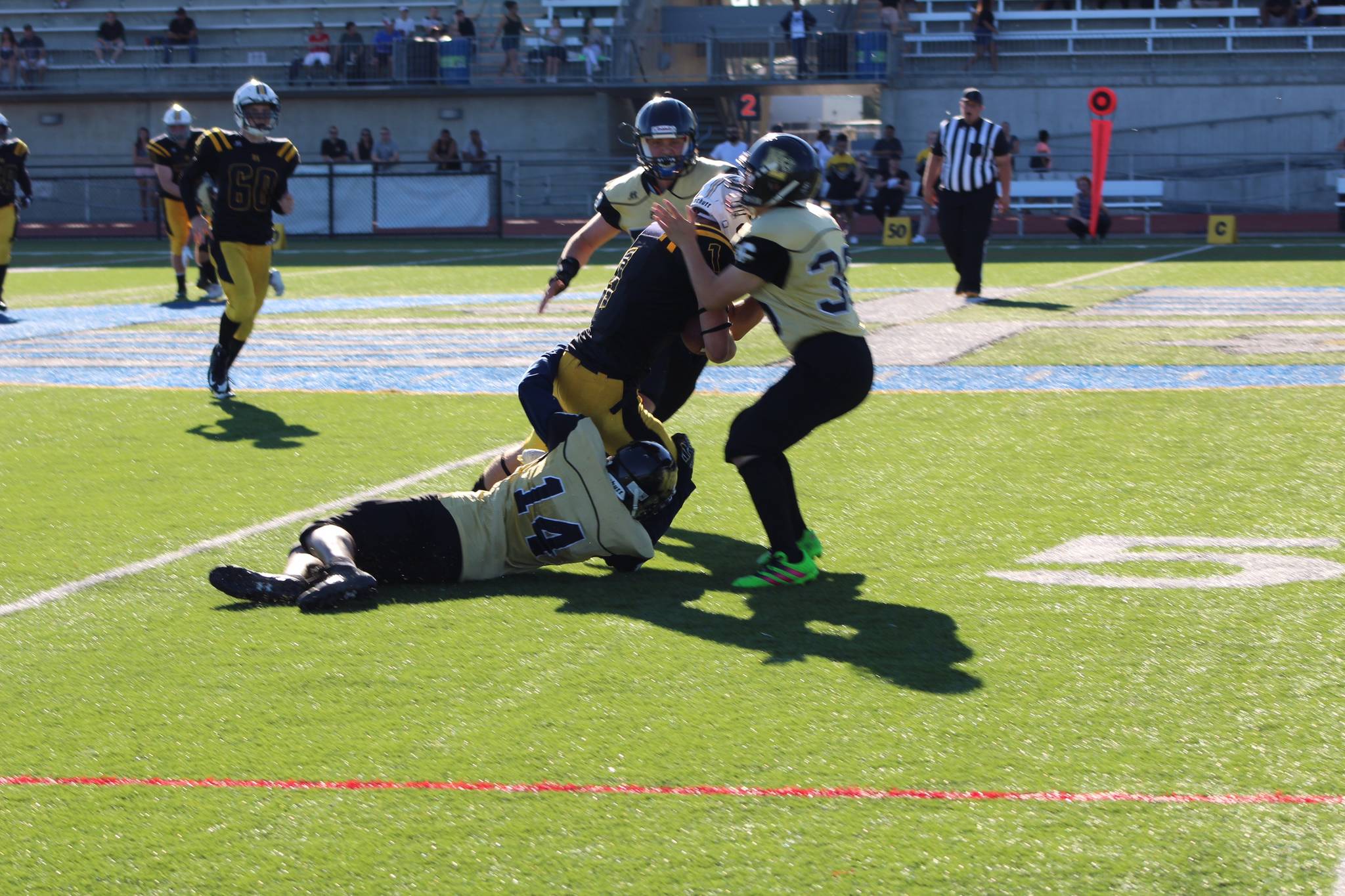 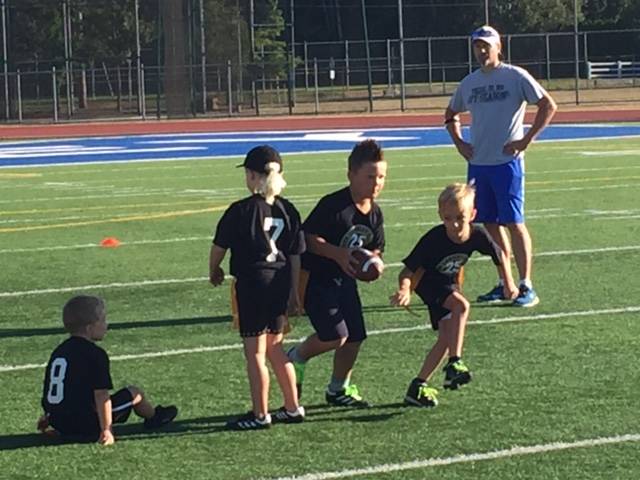 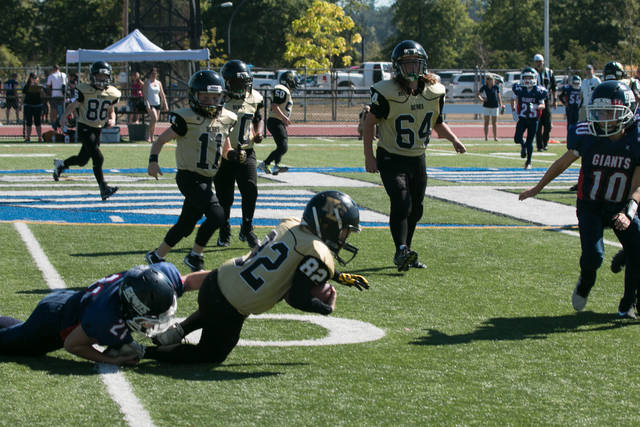