And some goals have more significance than others: an overtime goal to win a playoff series far outweighs a late goal to make it 7-1 in a losing effort.

That’s why a goal in game number 35 of a 72-game regular season will mean just a little bit more.

For one thing, bragging rights are at stake for whoever pots the opening goal for the home side on Dec. 17 for the Vancouver Giants when the Western Hockey League team hosts their annual Teddy Bear Toss.

All of the stuffed animals are donated to the Lower Mainland Christmas Bureau.

Ty Ronning has 93 career WHL goals under his belt while James Malm has scored 33.

And each player was responsible for triggering the avalanche of stuffed animals onto the ice in 2015 and 2016, respectively.

“It is a different feeling. I have had hat comes down on me, one game I had an old teammate and he scored a hat trick and a boot came down on the ice,” Ronning said. “I think it’s pretty cool, especially when they are going to home in need of love and some presents.”

Ronning can still recall the goal without prompting.

Trevor Cox sprung him for a breakaway and he beat Everett Silvertips goaltender Carter Hart low to the glove side.

Not only did the goal trigger a barrage of bears, but it also forced Ronning to keep a pre-game promise.

“I was kind of cocky and I told the guys if I get it, I am going to ride the stick,” he said.

That game was played at the Pacific Coliseum and last year marked the first year for the Giants at their new home, the Langley Events Centre.

“I didn’t really realize how big of a deal it was and then a bunch of bears came flying down, the entire team came out, you are on the Jumbotron, it is all pretty cool,” Malm said.

The goal came just 3:34 in against the Portland Winterhawks.

“It is not just your normal first goal of the game, of course. Everyone talks about it — it is a big deal,” Malm said.

“It was probably one of the coolest goals I have scored in this league; you definitely get a lot more excited than just a regular goal.”

And while the players talk beforehand about how is going to get the memorable goal, there is never anything riding on it besides bragging rights. After all, it is still a hockey game and the two points are the end goal.

“Everyone is saying they are going to get it but we are not selfish — if there is a pass, we are going to make it,” Ronning said.

The important thing is they are helping those in need this holiday season.

“They are going to homes in need of love and some presents, so it is a pretty cool feeling,” Ronning said.

The jerseys will also be auctioned off with proceeds going to the CKNW Orphan’s Fund. 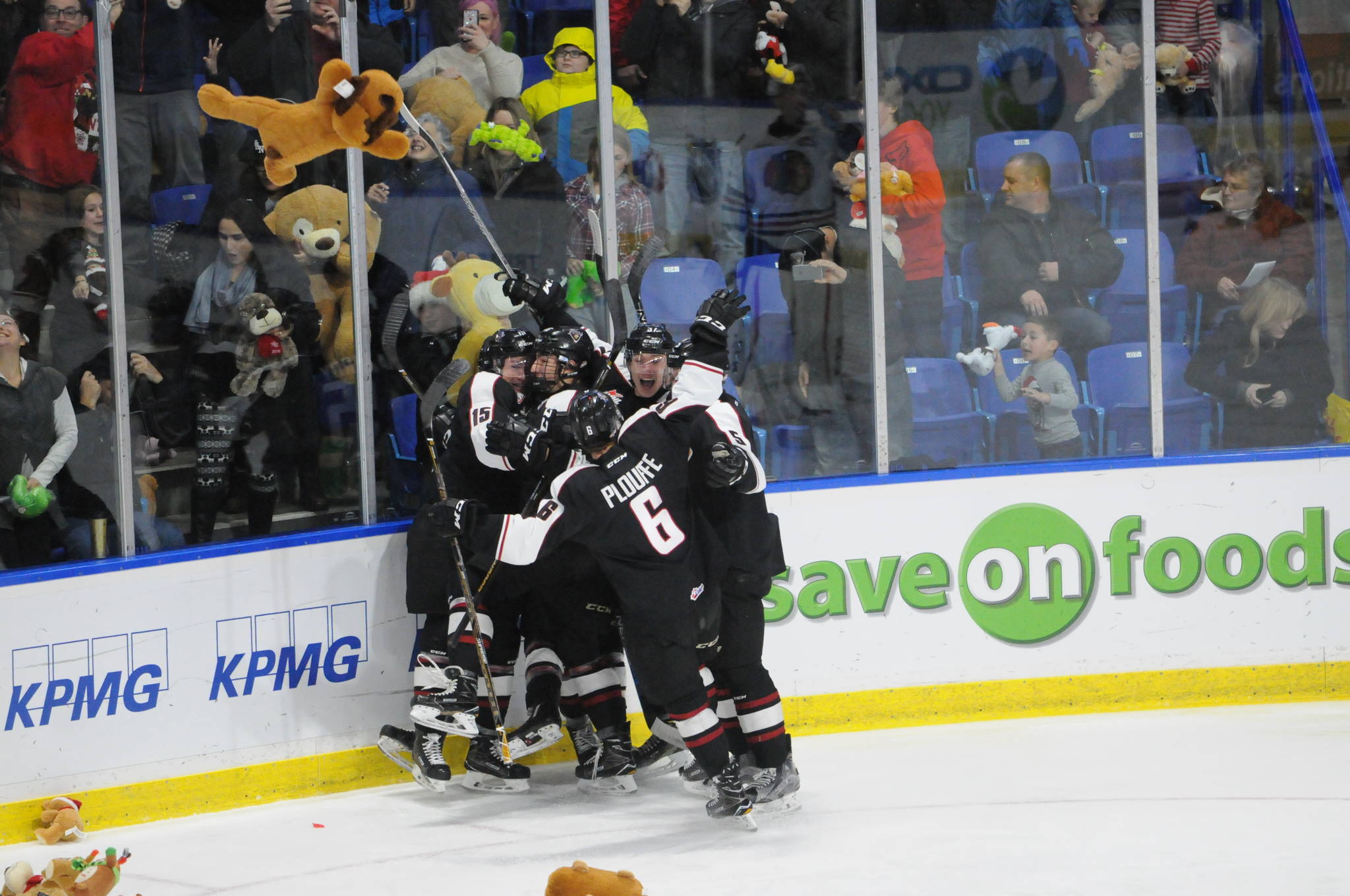 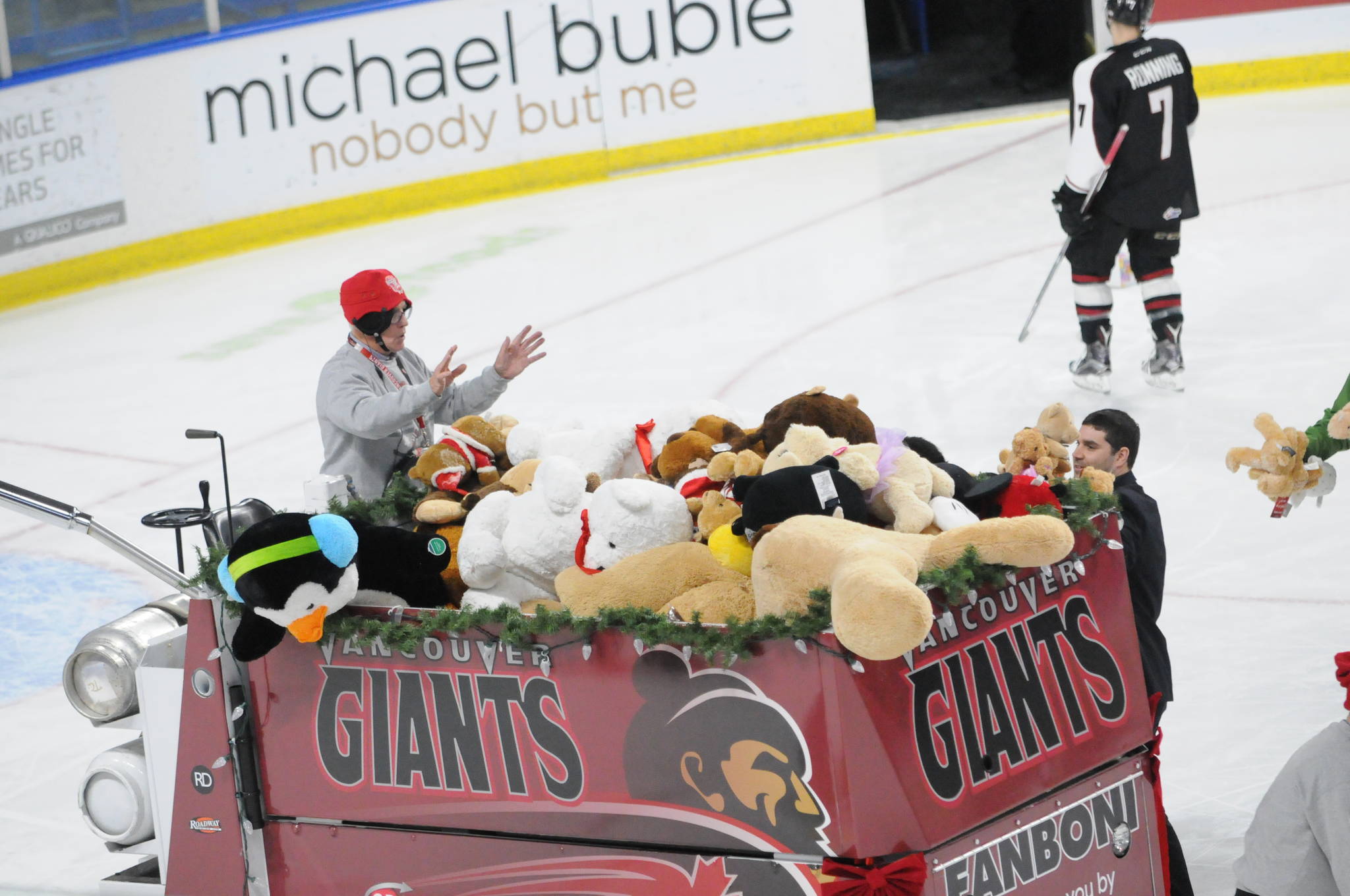