The Vancouver Stealth never trailed yet could still not come up with the victory.

The Stealth took the first lead 78 seconds into Saturday’s night National Lacrosse League contest and maintained a lead for the following 57:26. But it would be the New England Black Wolves scoring late and then winning it 45 seconds into overtime for the 12-11 win at the Langley Events Centre.

“It’s tough (to lose like that) but that’s the NLL in a nutshell,” said the Stealth’s Andrew Suitor, who sparked the transition game with a pair of goals. “You have to seal games.”

“We felt like we battled all game and gave it our all, we are just not getting the bounces and the outcome,” he added.

“It is easy to blame it on the bounces but at some point … you have to do something to change how those bounces are going.”

The loss dropped Vancouver to 1-10 on the season and with just seven games remaining, their faint playoff hopes are flickering. The Stealth are 3.5 games behind Calgary (4-6), although they do play the Roughnecks twice more.

Results aside, Saturday’s game was perhaps the Stealth’s best effort of the season.

“That is a great game we played,” said coach Jamie Batley. “We are happy with our effort (but) we are not happy with the outcome obviously.”

The Stealth made a pair of coaching changes midweek, replacing both their offensive and defensive coaches.

But the Black Wolves — who improved to 5-4 with the win — would get goals from Seth Oakes and Kevin Crowley 32 seconds apart with just over three minutes to play.

In overtime, Stephen LeBlanc scored his fourth of the game on the only shot in overtime.

New England made a trade earlier this week, picking up Johnny Powless and Suitor credited the organization for the aggressiveness.

“They went out and did what they felt they needed to get goals and clearly it paid off,” he said. “They were swinging the ball real well.”

The Stealth did get their transition game going with Suitor tallying twice while Matt Beers (one goal, one assist) and Travis Cornwall (one goal, two assists) both had breakaway goals.

Eric Penney made 48 saves for Vancouver.

The Stealth are back in action when they visit the Saskatchewan Rush (9-2) on March 3. 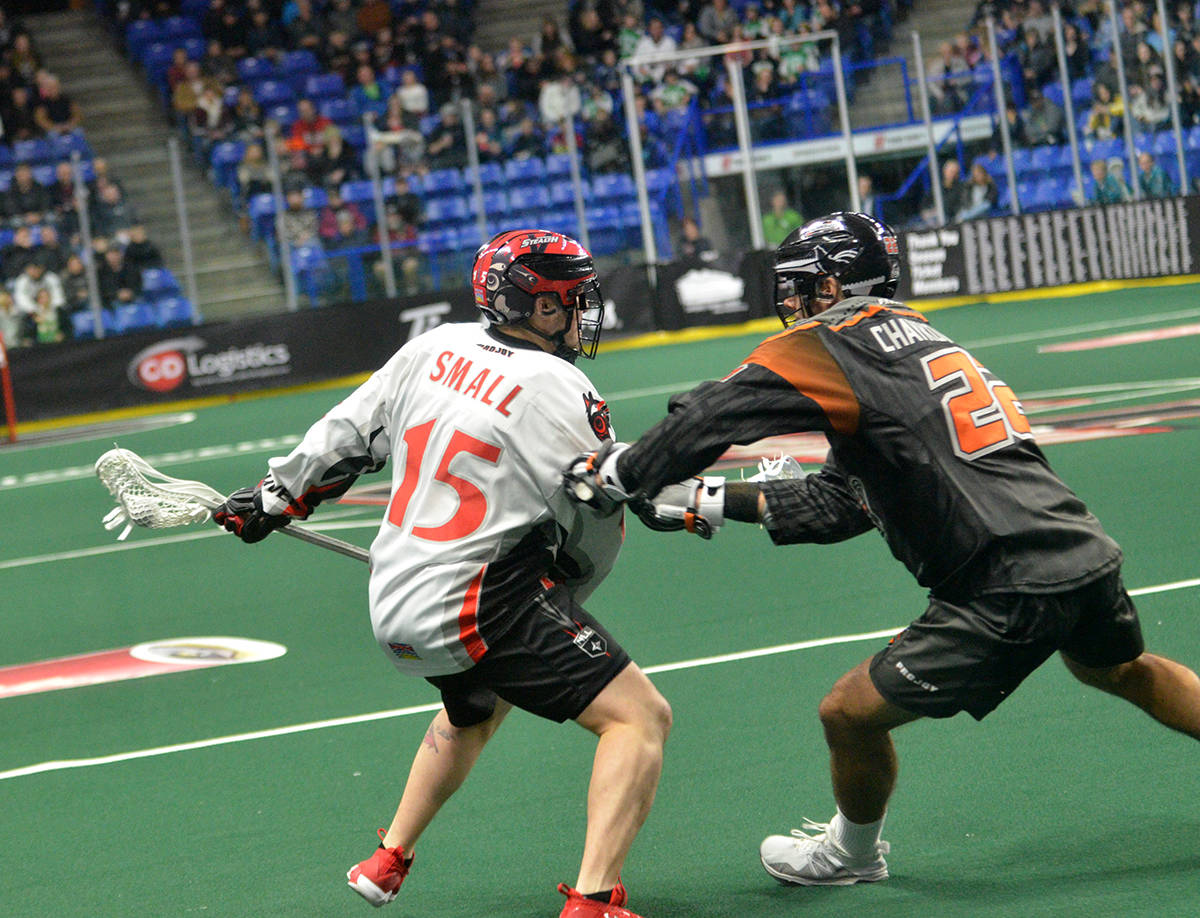