At the start of the season, Graham Roxburgh was unsure of what would unfold.

He knew his women’s soccer team — a perennial powerhouse program — had the talent to compete at the highest level, but he was also keenly aware that it was a young and slightly inexperienced squad.

A 1-2 start to the Canada West season didn’t help matters. But what followed was a 10-game unbeaten streak, where the team set a new conference mark of not allowing a goal. Both streaks would eventually end — TWU conceded a goal for the first time in 924 minutes — in the regular season finale.

The Spartans wrapped up the season on Sunday with a dominating 3-0 win over the Western Mustangs in the bronze medal game at the U Sports national championships. They were held in Winnipeg at the Subway Soccer South Complex.

“If you had told me the first weekend we would get to nationals and finish top three, I would have been a little surprised,” Roxburgh said on Monday morning, back in Langley after his team returned from nationals late the night before.

“I think I said at the start of the season, we are the type of team that has the ability to go on a run and we are also still young enough where we are going to make some mistakes. And unfortunately, some of those mistakes got punished on Saturday.”

Roxburgh was referring to his team’s 5-0 loss to the eventual national champion Montreal Carabins in the semifinals.

“(Montreal was) clinical. They got a couple of really good chances early and scored and we had a couple of chances and didn’t,” Roxburgh said.

This marked the first time in 11 national championship appearances that the Spartans lost in the semifinals as TWU was previously 7-0 in those games.

“We tried to pick up their heads because they were devastated,” Roxburgh said about the coaching staff’s pre-game message.

“Sometimes in soccer and in life, weird things happen and that is not a reflection on their season, so let’s give the country a true picture of how pour season was and how good our team can be. And we did that.”

Amy Gartke got the Spartans on the board in the third minute before Western’s Jenna White equalized on a penalty kick in the 57th minute.

Kathleen Chin and Rachel Hutchinson — both named tournament all-stars — struck for goals seven minutes apart to give TWU a lead they would not relinquish.

“I’m just really proud of their resiliency and their desire to finish on a high note,” Roxburgh said.

“We fell one hurdle short but are very proud. There’s still that bitterness because we probably felt like we deserved to be in the final this year based on our season, but to cap it off winning a bronze isn’t too shabby.”

This was the Spartans eighth medal in those 11 appearances at nationals, all with Roxburgh as head coach. It also gives the program a complete set of medals with five gold, two silver and one bronze.

And the future looks promising for the program as they are scheduled to lose just one player to graduation, fifth-year goalkeeper Christina Oliverio, who made four saves in her final university game.

“The future is very bright, but (the loss) still stings a bit,” Roxburgh said. 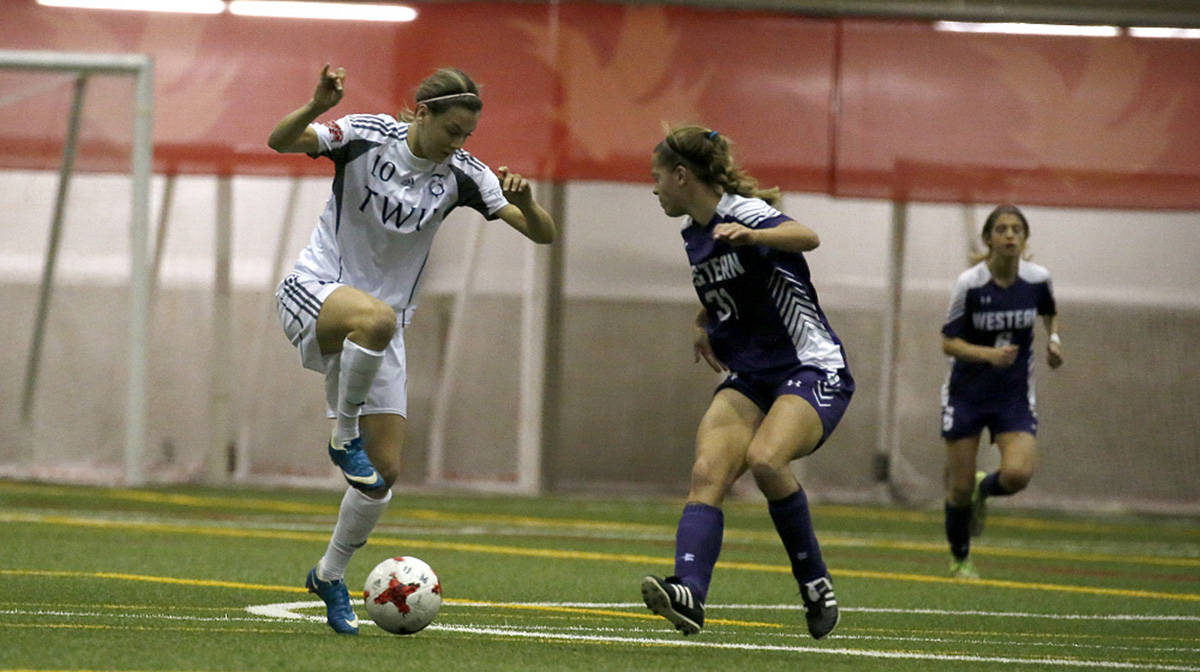 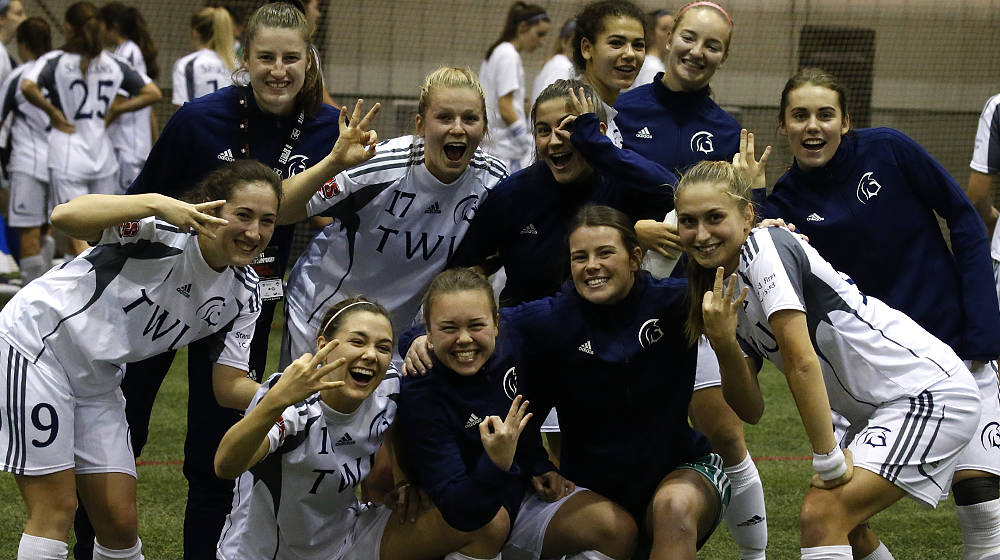 The Trinity Western Spartans won the bronze medal at the U Sports national championships in Winnipeg. TWU Athletics photo