Rebels standout Karan Aujla, who scored 13 points in the first quarter alone and finished with a game-high 21 points in just over 19 minutes of game action in the final, was named the Most Valuable Player.

“All these tournaments, they are just building up for March, it is the bigger picture. All these tournaments along the way, it is just about getting better,” Aujla said about the team’s ultimate goal, getting back to Langley Events Centre and competing at the BC 4A Boys Basketball Championships. 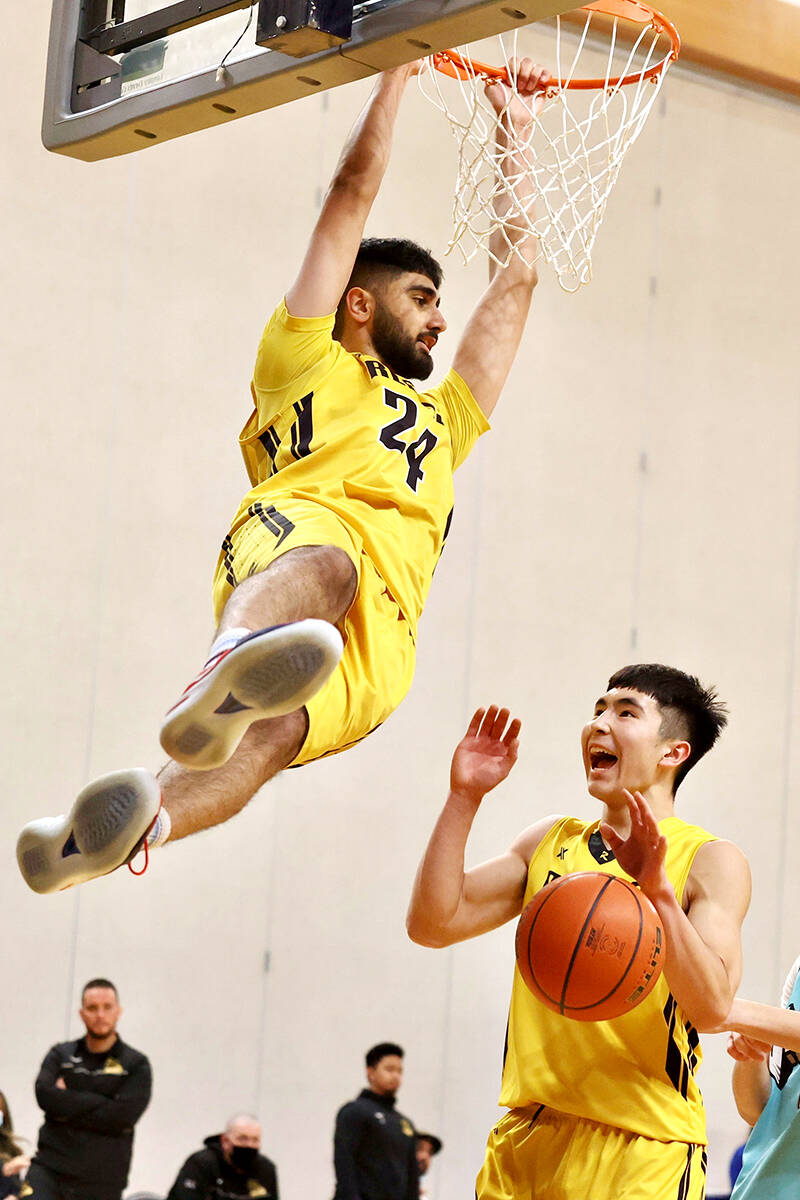 Coach Mike Bell said the team’s success comes from the players’ commitment to their craft.

“We have a lot of hardworking kids and basketball is what they do on their time,” he explained. “I can’t kick them out of the gym at practices and I am there for half an hour (afterwards) still trying to kick them out.”

As for Saturday’s championship final, Bell said it was the team’s most complete game of their tournament.

“We were there defensively in rotations and we were committed to playing team basketball,” he said.

READ ALSO: Tsumura Invitational at Langley Events Centre is down to final two

Burnaby South had defeated Byrne Creek 82-41 in the opening round, won 89-52 over Claremont in the quarter-final and then beat Sir Winston Churchill 88-56 in the semi-final. The Dragons road to Saturday’s final featured an 86-43 win over R.A. McMath, a 66-43 victory over St. Thomas More Collegiate, before beating Fleetwood Park 66-59 in the semi-final.

The Fleetwood Park Dragons defeated the Sir Winston Churchill Bulldogs 78-66 in the third-place game while in the fifth-place game, it was the Abbotsford Senior Panthers winning 87-70 over the A.R. MacNeill Ravens. In the seventh-place game it was Claremont over St. Thomas More Collegiate 84-74 while Walnut Grove topped Duchess Park 88-65 for ninth place. Centennial beat Yale 65-53 to take 11th place.

With the boys’ tournament now in the books, the focus shifts to the girls’ tournament which runs Wednesday, Dec. 15 to 18 with a schedule that includes three Langley teams; Brookswood, Langley Christian and Langley Secondary.

The games will be played on the LEC Centre Court and South Court and are free to attend. Spectators must show proof of double vaccination as well as wear masks when inside the facility.

All the games will also be streamed for free at www.tfsetv.ca.