Andy Bhatti has come a long way from living on the streets of Aldergrove and the Downtown Eastside as a teenager, thieving, dealing, and running from police to feed his $1,200-a-day heroin addiction.

On Saturday, the sober advocate played with some big names at Surrey’s Softball City for an event he organized in conjunction with other addiction interventionists from Langley.

By the end of all seven innings, $4,390 was raised from auctioned off sports items – such as signed helmets and jerseys from athletes including Penguins’ Sidney Crosby, Maple Leafs’ Darryl Sittler, and NFL’er Jerry Rice.

To bid on any of the items , please go to the pictures on the original bid per item down the page. Not on this post and…

All proceeds from the silent auction went towards Sophie’s Place Child Advocacy – a Surrey non-profit that helped Bhatti turn his own life around and become the sober survivor he is today.

Saturday’s event was organized to help people, like Bhatti, who have struggled with addiction, trauma, and sexual abuse.

“Treatment for the addict or trauma survivor is typically where the work begins and ends, failing to acknowledge the feelings and pain of those around them such as family and friends,” Bhatti said.

Since going public about being sexually abused from ages nine to 13, the advocate has had dozens upon dozens of emails from other survivors sharing their stories, he admitted.

But many men aren’t ready to openly acknowledge what happened to them.

“We have to break the silence of sexual abuse,” Bhatti said.

One in three children and one in five boys are abused, he pointed out.

A full-blown heroin addict by the age of 14, Bhatti was self medicating his pain after being sexually abused by his Big Brother.

His abuser, who volunteered as a Big Brother through Langley Big Brothers and Big Sisters at the time, was later convicted of sexually abusing two boys in Kamloops – while Bhatti was attending high school in Aldergrove.

It was only after a police officer came to him asking if he had been abused by that same man that he broke his silence.

Now, Bhatti, the 2015 Courage to Come Back Award winner, is carrying on with his life’s work of helping sexual abuse survivors and their families.

Players stayed a safe distance from one another, keeping the ongoing COVID-19 pandemic in mind. The few friends that watched the game from the sidelines wore face masks.

Those who tuned in virtually to the event got a free country music performance following the game.

Bhatti, who still lives in Langley, created his own non-profit group in 2014 for victims of childhood sexual abuse – called Survivors Supporting Survivors.

It connects people with addiction counselling and supportive services.

Those in need of immediate assistance can visit to andybhatti.com.

Who’s ready for a little NHL action in August? 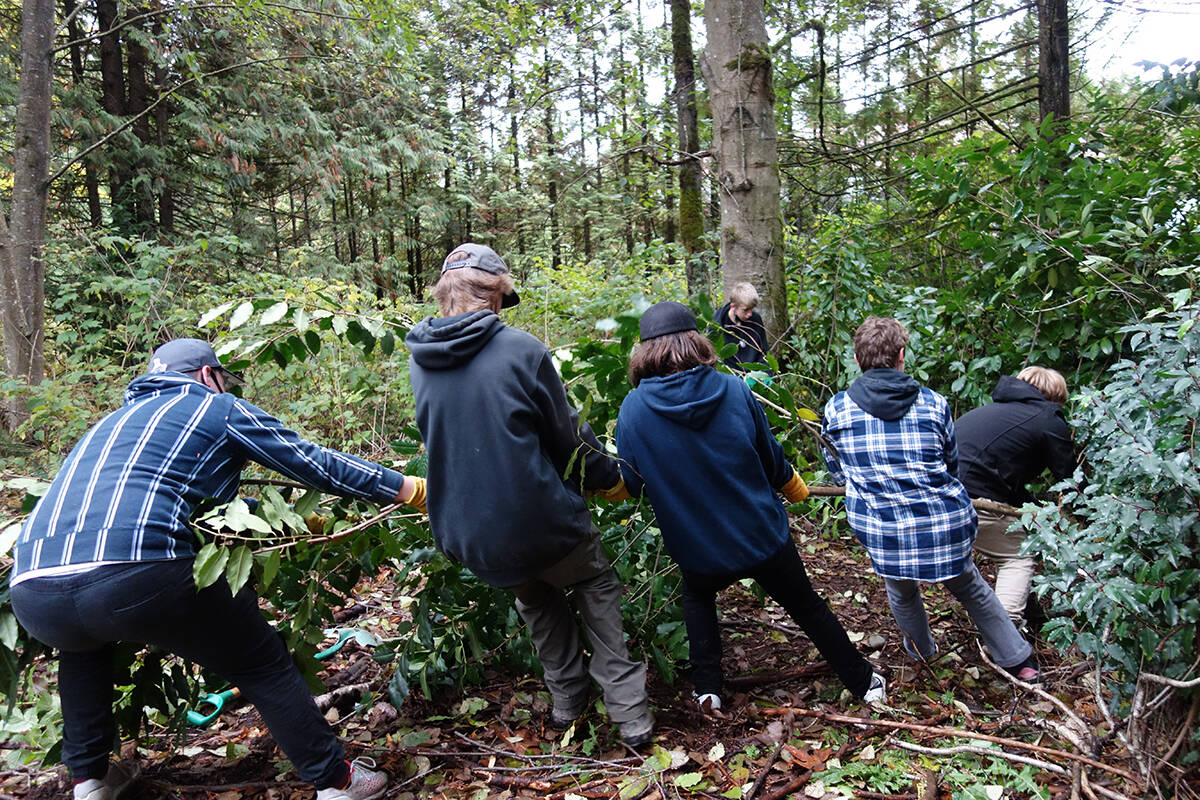