Moments ago, Claypool was pick number 49, in Round 2 of the NFL Draft.

Hiding out in Clayton Heights, the wide-receiver was surrounded by family as he received the news, and seemed happy with the outcome.

• Stay tuned for his reaction…

The next few days are going to be big ones for local Chase Claypool.

The football star, who’s been calling Langley home of late, will soon find out which National Football League team he will be reporting to later this year at the 2020 NFL Draft, which runs from Thursday to Saturday.

But like most things in the COVID-19 era, the 2020 NFL Draft will look drastically different than those held in the past.

The event was originally scheduled for Las Vegas, but will proceed with a virtual format. All picks will be made remotely and the selections will be announced in a small studio on Connecticut.

There will be no fans, no hugs on stage, no war rooms and no hand shaking between the commissioner and the new players.

The three-day event will be broadcast on TSN in Canada, with round one set for Thursday starting at 5 p.m., rounds two and three on Friday beginning at 4 p.m. and rounds four to seven on Saturday starting at 9 a.m.

Claypool, who had an impressive combine showing back in February, has most recently been prognosticated to be a third round pick.

Hear my story.
Feel my motivation.
See my journey.
This weekend it all comes together pic.twitter.com/LfZrRAIsKP

Of course, anything can change on draft day, with many teams wheeling and dealing and picking based on immediate needs rather than a player’s talent or potential.

It’s quite rare for a Canadian talent to be chosen in the first round of the NFL Draft, as it’s only happened four times ever. The last time occurred in 2011 when the Philadelphia Eagles picked Danny Watkins 24th overall.

Claypool had a storied run with the Abbotsford Panthers senior varsity football team, leading the club to a provincial final game in 2015 and also being named the AA football player of the year that season.

He went on to produce excellent numbers over four years with the Notre Dame Fighting Irish and capped off his college career by winning the Camping World Bowl MVP award back on Dec. 28.

WR/TE/ST doesn’t matter I just wanna ball‼️😤
Appreciate you Coach @BrianPolian for putting this together! It was a fun ride! pic.twitter.com/vvLfR1DHRL

Claypool is also expected to be chosen very early in the CFL Draft, which is set to occur on April 30. He was ranked as the number two available prospect by the CFL Scouting Bureau. The B.C. Lions currently own the third pick in the draft.

Continue visiting abbynews.com for more coverage of Claypool at the NFL Draft. 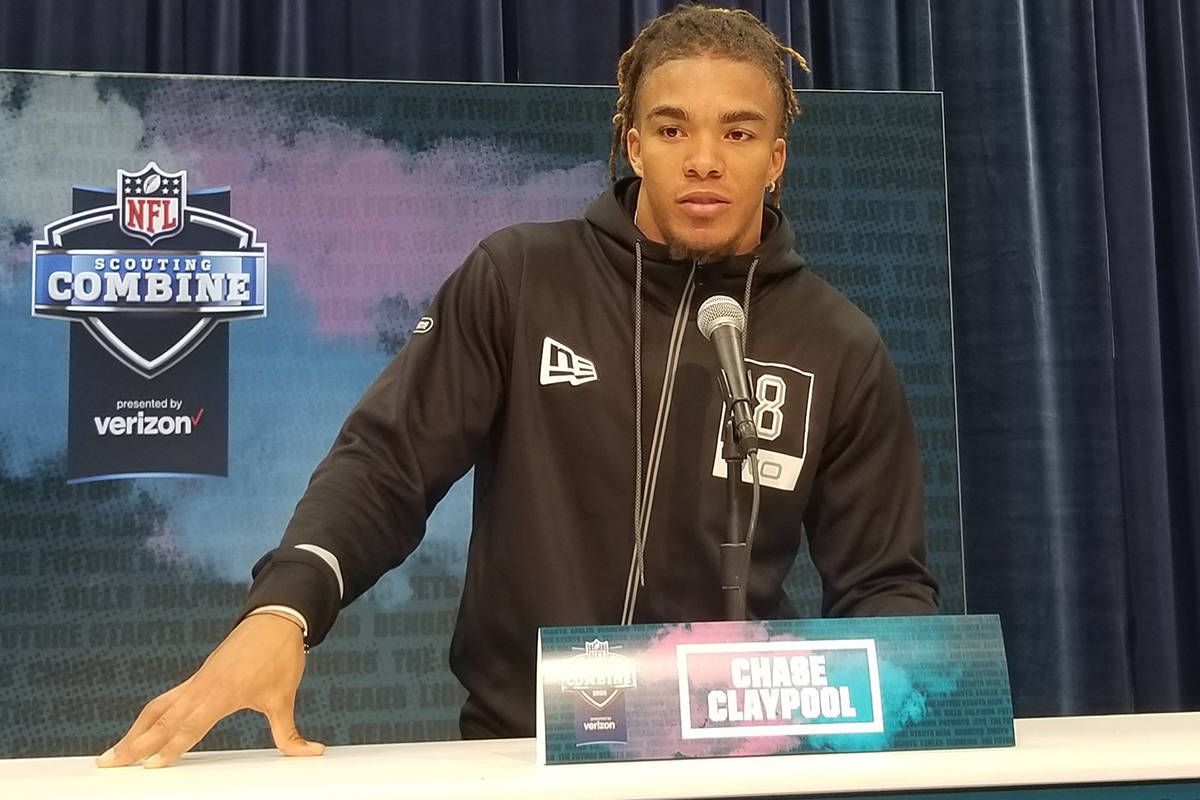 Chase Claypool, who grew up playing in Abbotsford and for now calls Langley home, is bound for Pittsburgh in short order. He was picked 49th in Round 2 of the 2020 NFL Draft. (Twitter photo)