More than 800 combined years of coaching were honoured on Friday night at the Langley Events Centre.

The coaches — the majority of whom are teachers — were honoured by the Langley School District as part of the Building a Lasting Legacy district athletics evening.

This was the second year the district has honoured the coaches.

“Though we are not always recognized, we know we make a difference,” said legendary women’s basketball coach Allison McNeill, who delivered the keynote address.

McNeill’s speech addressed just how much her own coaches meant in her life and how that the current crop of coaches can make an impact in their players’ lives.

The evening also saw two long-time retired coaches inducted into the Coaches Wall of Distinction, where they will join 2016 inductee Greg Leino of D.W. Poppy Secondary.

The wall of distinction was officially unveiled in the lobby of the LEC.

Inkster, who is still coaching, has spent the past 41 years coaching basketball, cross-country, track and volleyball teams.

Adrian spent 34 years at Brookswood, with basketball as his primary sport.

Both men said Leino played a huge influence at what they wanted to create at their respective schools as athletic directors. Inkster taught for the first seven years of his teaching career alongside Leino at Poppy and said it was a tough decision to leave for Walnut Grove when the school opened in 1991. And as he worked to create a sporting culture at Walnut Grove, he worked to emulate what he had seen at Poppy.

Adrian echoed those sentiments, citing Poppy as the gold standard under Leino for their high school sporting culture.

In addition to the wall of distinction honourees, two other long-time Langley teachers were the co-recipients of the Jim Ehman Memorial Difference Maker Award.

The award was established last year and Ehman — who passed away in 2015 — was the inaugural winner, receiving the award posthumously.

His wife and daughter were on hand to present the award to Don Sparks and Tammy Farrer.

Sparks retired from Walnut Grove but is still involved with the cross-country and track and field teams.

Farrer retired last June and coaches basketball, cross-country, Dragon boating, track and volleyball at a dozen elementary schools during her career. She was also part of the staff which opened Yorkson Creek Middle School in 2014.

In addition to the wall of distinction and awards presentations, coaches with 10-plus years of service were honoured.

Thirty-nine coaches ranging from 10 years experience to Inkster and his 41 years, have combined for a cumulative 741 years of coaching. 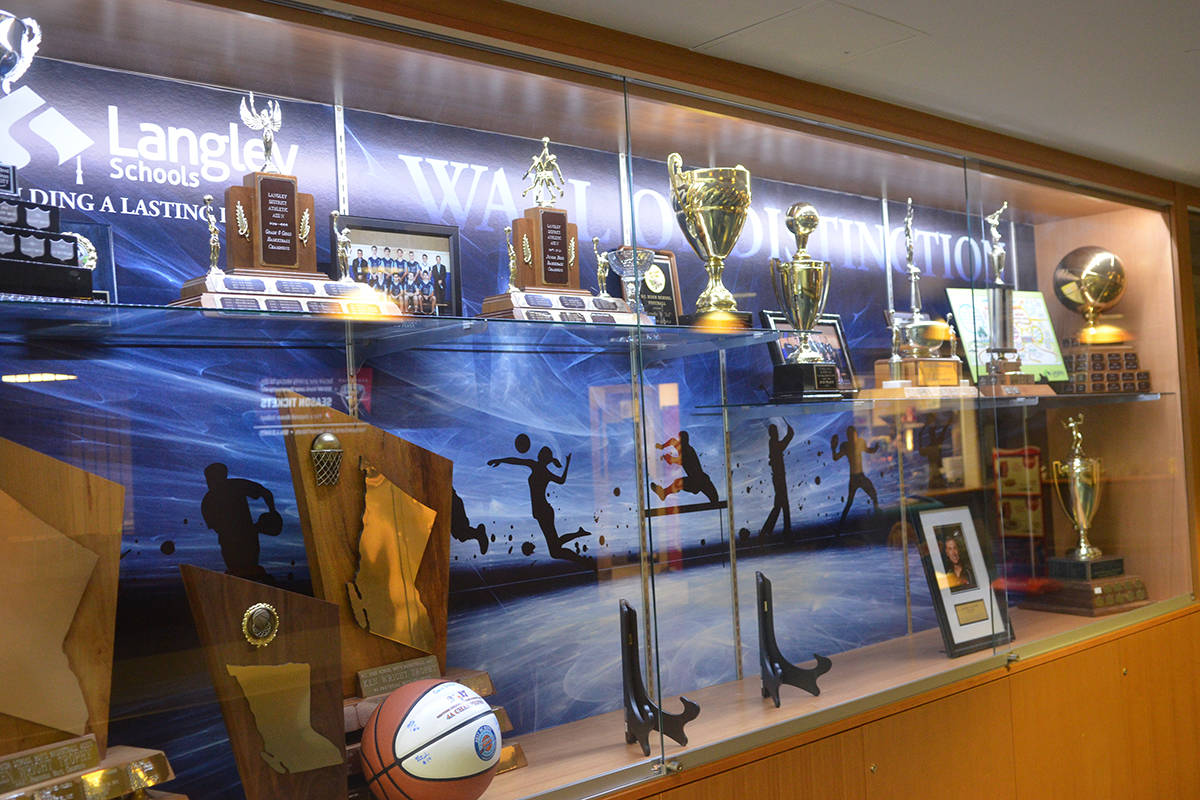 The Coaches’ Wall of Distinction was unveiled on Friday (May 26) at the Langley Events Centre. The 2017 inductees are Brookswood Secondary’s Ivan Adrian and Walnut Grove’s Grant Inkster. They will join 2016 inductee Greg Leino of D.W. Poppy Secondary. Gary Ahuja Langley Times