It was the best showing for D.W. Poppy rugby players since 1992 at the British Columbia Secondary Schools Rugby Union (BCSSRU) tournament in Abbotsford.

This year, the Langley players took bronze in the June 1 finals.

Senior boys rugby coach Kyle Barry said it was a “roller coaster” ride for the team, which went into the B.C. championships ranked number one.

They began with an expected win over number eight-ranked Alberni District.

But an unpleasant surprise was waiting for D.W. Poppy in the second match against number five-ranked Bryne Creek from Burnaby, a team the Langley school beat 39-0 earlier in the year.

Burnaby eked out a narrow win, scoring in the last minute for a 19-18 victory.

In the final game, D.W. Poppy took on the L.V. Rogers Secondary team from Nelson to win 29-10.

“We were able to score at the right times [in the final]and our defense was stellar,” Barry said.

“We were able to score at the right times and our defense was stellar,” the coach observed.

“This was an incredibly proud moment for me as a coach, as I have worked with this group since they were in Grade 8, and to see them find success at the end of their playing time at Poppy was a very happy moment.”

Running from from May 29th to June 1st at Exhibition Park and Rotary Stadium in Abbotsford, the BCSSRU tournament. drew 32 teams from around the province – 16 at the AAA level and sixteen at the AA level. 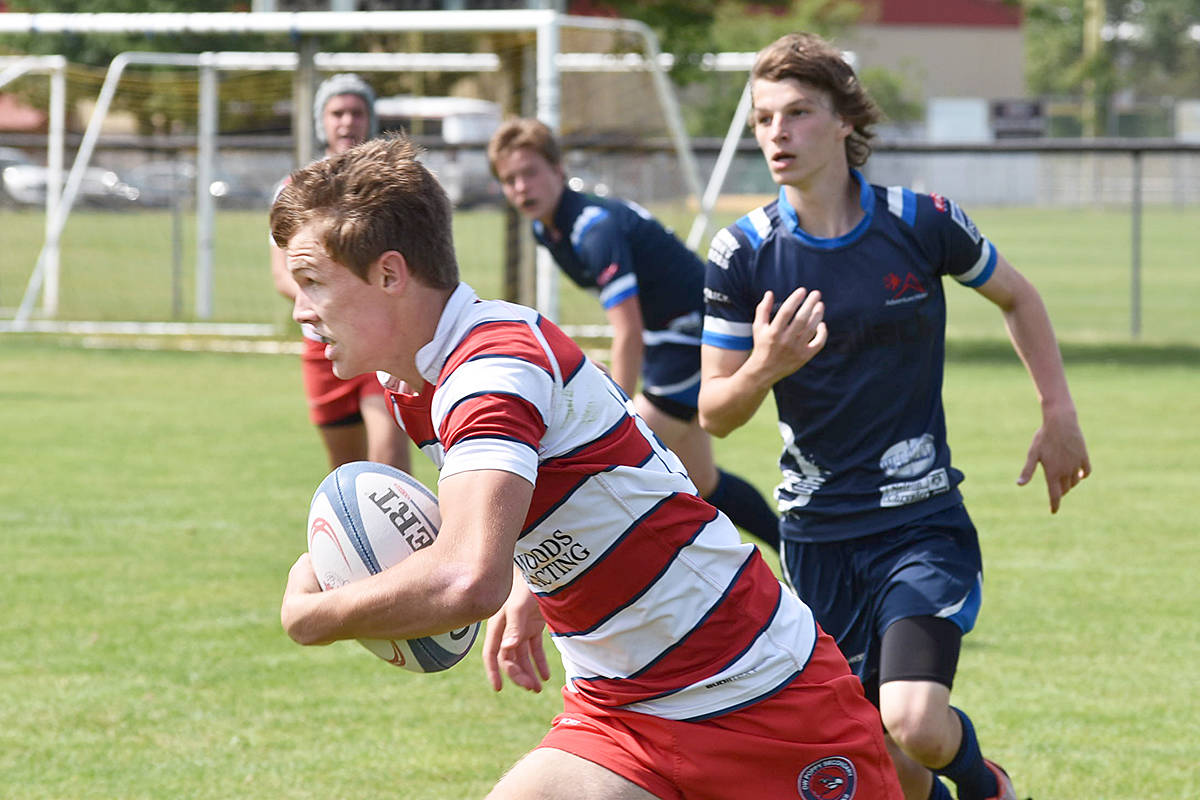 It was the best showing for D.W. Poppy since 1992. Camryn Watts photo 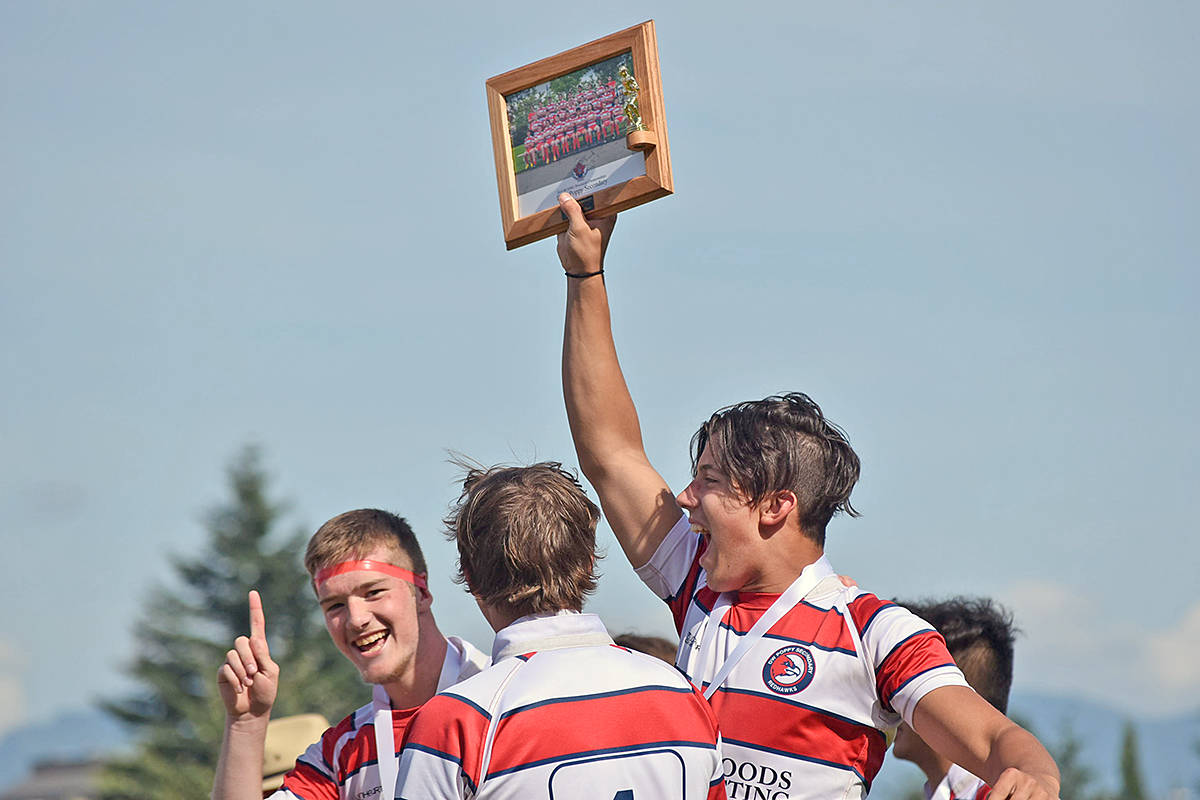