Vancouver Giants defenceman Darian Skeoch is getting set for this second season in Langley.

Skeoch was perhaps the team’s steadiest defenceman in 2016/17 before his season was cut short by injury.

The six-foot-four, 216-pound right shot defenceman had one goal and 10 points plus 46 penalty minutes in 27 games.

The 20-year-old from New Liskeard, Ont. spent a few minutes chatting with Times sports reporter Gary Ahuja about both hockey and his interests off the ice.

Pre-game ritual: Not much other than that I eat the same quinoa stir fry every day

Pump-up song: Something by Kanye

Ultimate golf foursome: I am not a very good golfer and I don’t know much about golf so I would have to pick the top four golfers

Celebrity who always makes you laugh: Will Ferrell

At the all you can eat buffet, you go straight for the: Sushi

Who do you pattern your game after: I try to pattern it after old-school guys like (former Flames defenceman) Robyn Regehr or (Anaheim’s) Josh Manson

Sport you would play if you couldn’t play hockey:Baseball

What would you do for a career if you couldn’t play hockey: A cop

Coolest person you have ever met: (Giants teammate) Jack Flaman

Athlete you admire the most:Anderson Silva

Something people don’t know about you: My dad is just under seven feet tall

If you could be any superhero, you would be: The Hulk 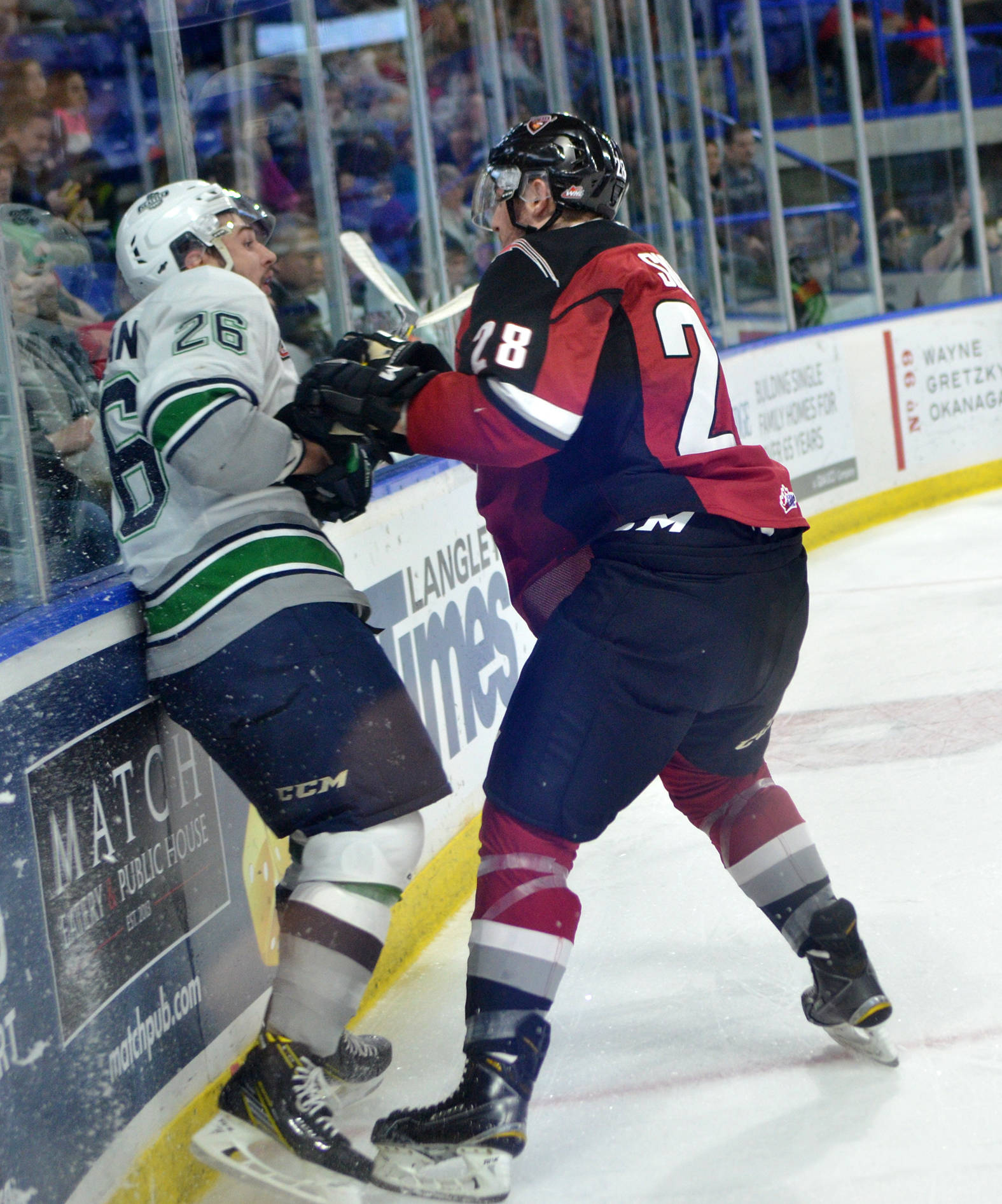 Darian Skeoch (right) was one of the most physical members of the Vancouver Giants last season. Gary Ahuja Langley Times file photo

Cooking in the crease with Kubic