Championship distance runners took to the pavement for virtual 10 kilometres runs along the Fraser River in North Langley and Abbotsford to mark the nation’s birthday.

Virtual races by elite athletes took place in communities across Canada in a special event organized by Run Ottawa. COVID-19 has resulted in the cancellation of sports competitions.

“COVID’s certainly been tough, we all miss competing a lot but the virtual 10k champs were a fun opportunity to be competitive in a socially distance appropriate manner,” said Rachel Cliff.

Now that the elite athletes have had their turn, Run Ottawa would like other Canadians to lace up in the Beat the Champ competition. This open competition invites runners to beat the 2020 Canadian 10K Champions’ times: Justin Kent with 28:52 (for the men) and Natasha Wodak with 32:41 (in the women’s run).

The women’s winner was Surrey-born Wodak who ran in North Langley and Abbotsford on July 1. She won the 2020 IAAF World Championships in the 10,000 metre race in January and the same distance race at the 2019 Pan Am Games in Peru.

Also running in Langley was Rachel Cliff who came in second among the women taking part. She’s ranked 30th in the world in the women’s 10,000k and is on the national team.

She was pleased to be able to run competitively.

“My last competitive race was the Houston half marathon back in January,” she explained.

The runners are no strangers to Langley streets.

“We ran along the river in Langley, because it’s a nice flat course with minimal traffic. I typically focus on the marathon… and my coach holds some of our long workouts in Langley – nice open roads that are ideal for locking into a pace. You can go for miles uninterrupted: we don’t have much like that in Vancouver,” she said.

Justin Kent was another nationally ranked athlete who took the top spot in the 2019 Vancouver Sun Run and decided to do his run along the banks of the Fraser River through Langley.

”A privilege to be able to ‘race’ during these times,” he posted after achieving a personal best time, despite the slippery wet road conditions. 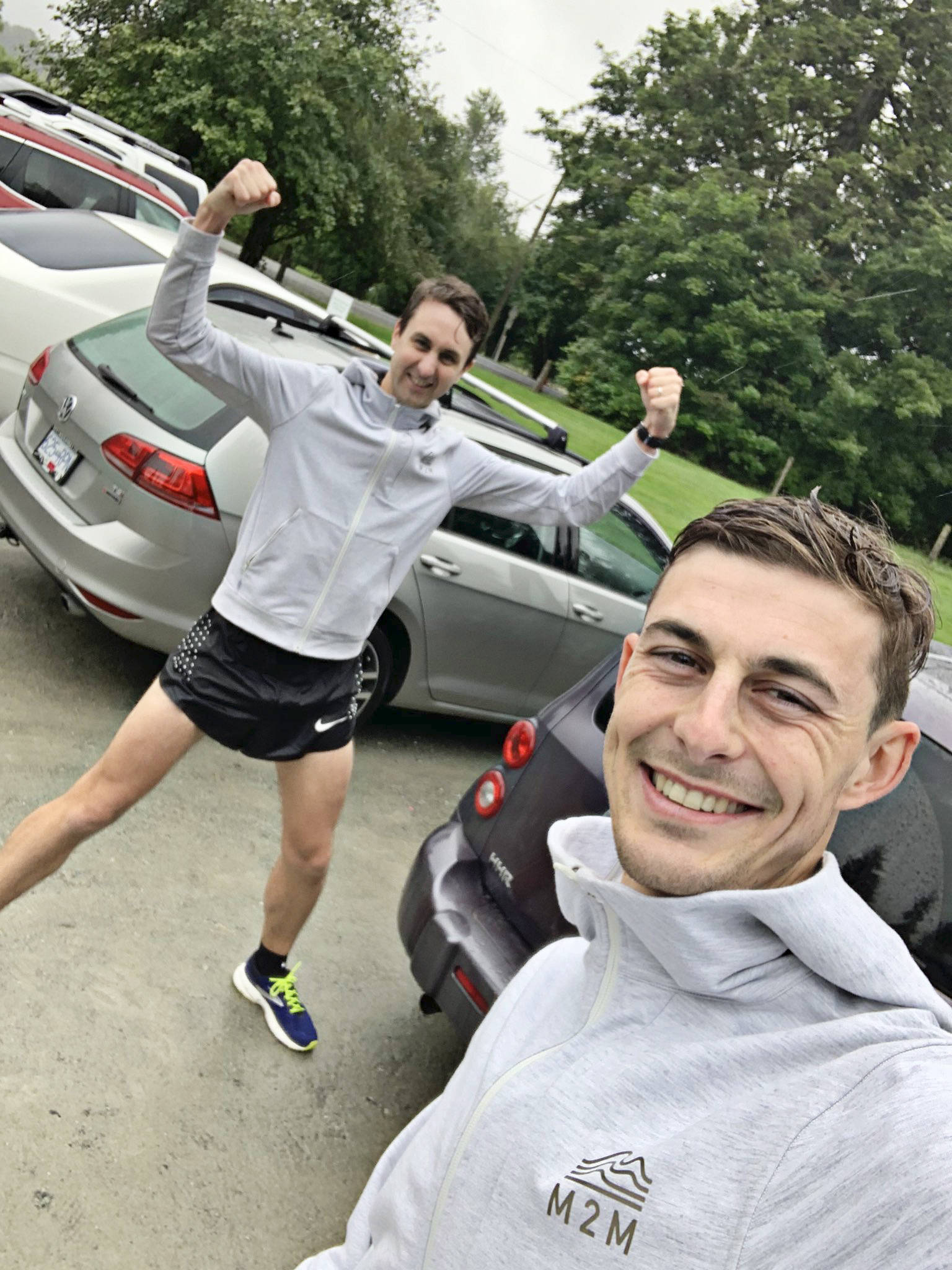 With training camps on the horizon, NHL teams hope to keep COVID-19 at bay