Local celebs and avid gun slingers alike are preparing for the annual fast draw showdown that takes place at the Aldergrove Fair Days next weekend.

The World Blank Fast Draw Championship event, sanctioned by the World Fast Draw Association and organized by Aldergrove’s Thunderbird Fast Draw Club, pits men and women of all ages against each other in a race against time.

Each shooter is equipped with a single-action, six-shooter gun that when a light signals they must grab from their holster and shoot at a target.

Timers separate the winners of the various divisions.

Starting on Saturday, well-known figures including MLA Rich Coleman will strap on and faceoff at noon in a celebrity shootout.

In previous years, Langley-Aldergrove late MP Mark Warawa became a staple shooter. He even purchased he own holster, to which he return with in subsequent competitions.

Club director Den Robinson said Warawa asked to participate again this year, before his untimely death due to cancer in June.

In Warawa’s honour, the club will hold a six-gun salute for the “beloved politician and family man” at noon on Saturday (July 20), which the public is encouraged to attend.

“We’ll face a backdrop, raise our guns in the air, and point them high into the heavens as they fire – all for Mark.”

Franks is defending first-place in the women’s championship and Murphy currently ranks number two for world’s in the men’s division.

Both will compete Saturday at 10 a.m. for the main draw, as well as Sunday at 11 a.m. for a double-targeted draw, where shooters will have less than one second to blast at both targets.

“You gotta enjoy life as much as you can because it is much too short. That’s what we’re all about at Thunderbird, it’s like a second family,” Robinson said about the club.

The director was diagnosed with cancer just a few months before Warawa.

“I wish we would have had more time,” he admitted about his long-time comrade.

After Sunday’s competition, shooters in various divisions will gather for a final awards ceremony.

The fast draw event is sponsored by the Township of Langley. 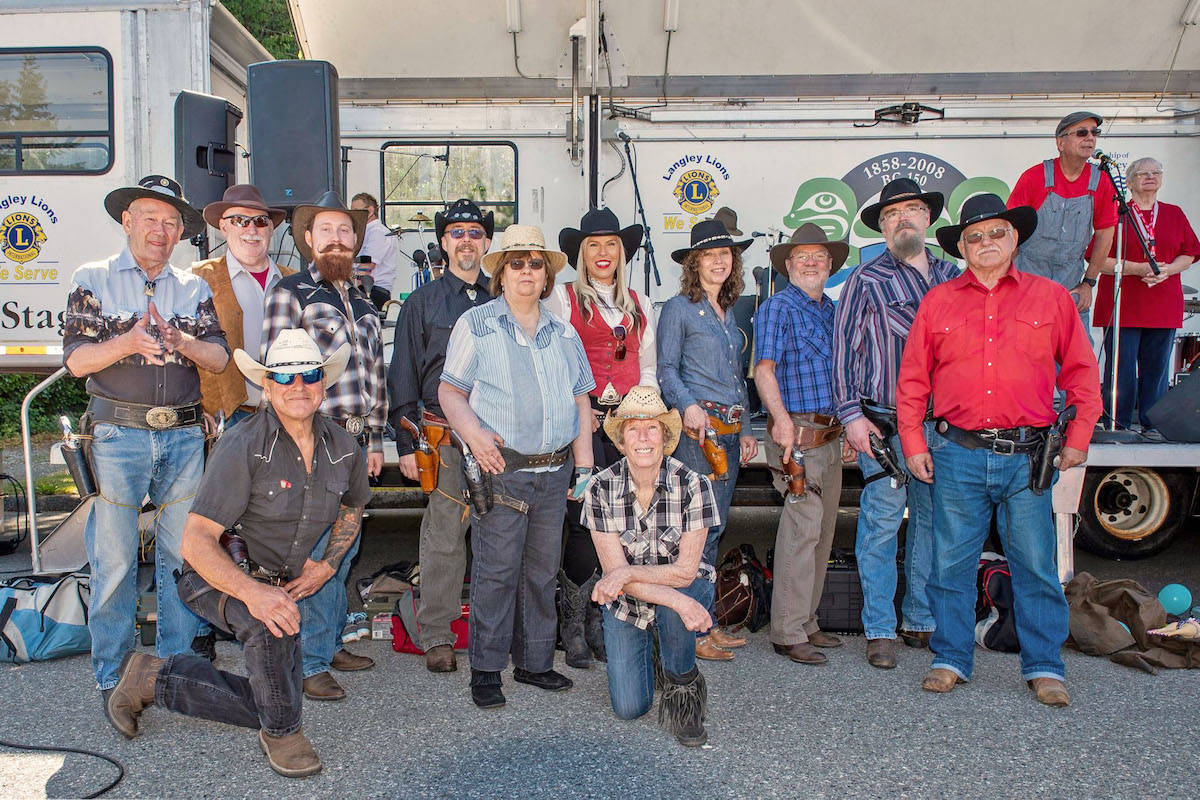 In Warawa’s honour, the club will hold a six-gun salute for the “beloved politician and family man” at 1:30 p.m. on Saturday (July 20), which the public is encouraged to attend. (George Bencze photo)

Langley Senior A Thunder frustrate Shamrocks at the LEC