It could not have been any closer.

Not only did the series go seven games, but the goals scored were 25 apiece for the Victoria Royals and the Vancouver Giants.

Unfortunately for the Giants, it was the host Royals capping off come-from-behind series victory, taking game seven on Tuesday night by a 4-3 score at the Save-On-Foods Memorial Centre in Victoria.

Victoria had forced a game seven with a 4-3 overtime victory the day before at the Langley Events Centre and the Royals will host the Tri City Americans in the second round of the WHL playoffs.

“I am not sure we could have done a whole lot different,” said Giants head coach Jason McKee, on Wednesday afternoon.

“I thought we did what we needed to but the puck just didn’t want to go in for us.”

Four of the seven games were one-goal contests, with the teams trading four-goal victories in games three and four and the Giants won game five by two goals.

“But our effort level, our commitment level throughout the series — game four we had a one-off — but other than that, these kids played extremely hard,” McKee said.

Victoria had 31 power play opportunities compared to Vancouver’s 18 man-advantage chances, which was the biggest discrepancy among the eight first round series. The Swift Current/Regina series was the next closest with a difference of 11.

And the Royals made the Giants pay, scoring seven power-play goals compared to Vancouver’s two.

The Royals trio of Matthew Phillips, Dante Hannoun and Noah Gregor did a number on the Giants as all three had double digit points.

Phillips posted six goals and 16 points, Hannoun had three goals and a dozen points and Gregor had four goals and 10 points.

The Giants also received eight-goals from the blue-line compared to three for Victoria.

And in goal, Griffen Outhouse finished with an .896 save percentage while the Giants tandem of David Tendeck and Trent Miner had a combined .879 save percentage. Vancouver outshot Victoria 240-207 in the series.

In Tuesday’s decisive game, the Royals led 1-0 after one on a Chaz Reddekopp power-play goal and then jumped ahead 3-0 on goals from Lane Zablocki and Phillips early in the middle stanza.

Tyler Popowich got the Giants on the board but less than two minutes later, Phillips tallied is sixth goal of the series.

That would turn out to be the winner as Matt Barberis and Brendan Riddle cut the deficit to one prior to second intermission.

Vancouver would press for the equalizer in the third period but either Outhouse would come up with the save or the shot would be blocked by a diving Royal.

Outhouse’s efforts included a pair of point-blank saves late in the third period.

While the Giants were disappointed to lose in such a close fashion, they can hold their heads high with the effort they gave in the game and the series, Benson said, who had two assists Tuesday and finished with a team-best 11 points, registering points in all seven games.

Even when they fell behind 3-0 and 4-1 in the second period, he said, “we were still strong mentally … we battled hard and it almost feels like we deserved better. When you play this team – I think it was 17 times throughout the season – you’re going to know each other well. It was a battle all series and it came down to one goal today.”

After a series in which the club’s younger players learned what it takes to win big games, Giants sniper Ty Ronning said the organization is well positioned for the future, especially with many players expected back next season.

“The way I look at it, the Vancouver Giants are going to be A-OK the way they pick their guys, character guys … I wouldn’t have gone to war with anybody else, they’re great teammates and great people,” he said.

Ronning was one of Vancouver’s three over-age players and leaves on Saturday to join the Hartford Wolf Pack, the New York Rangers AHL affiliate, while Benson is joining the Bakersfield Condors, the top farm team for the Edmonton Oilers.

Benson is eligible for one more season of junior but is expected to play somewhere in the Oilers organization. 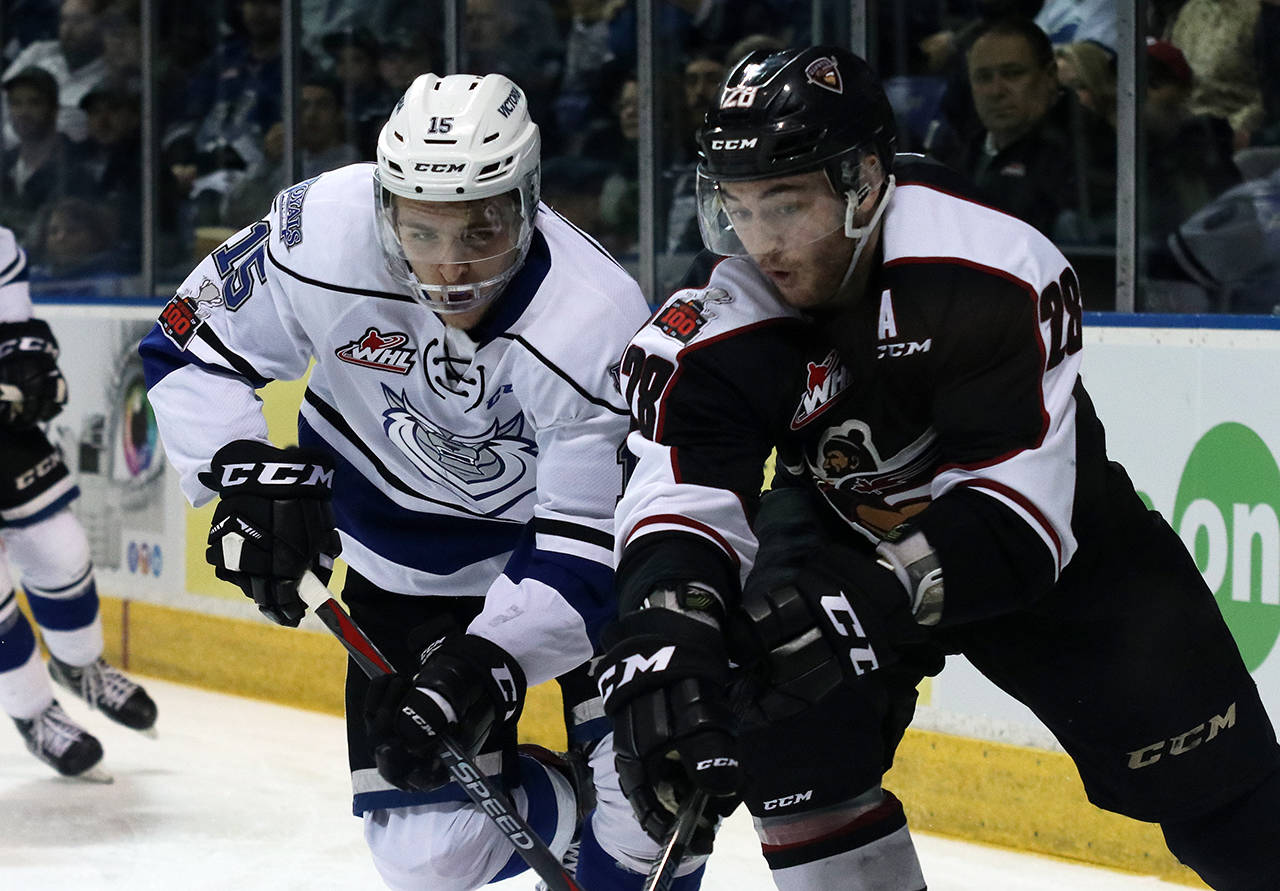 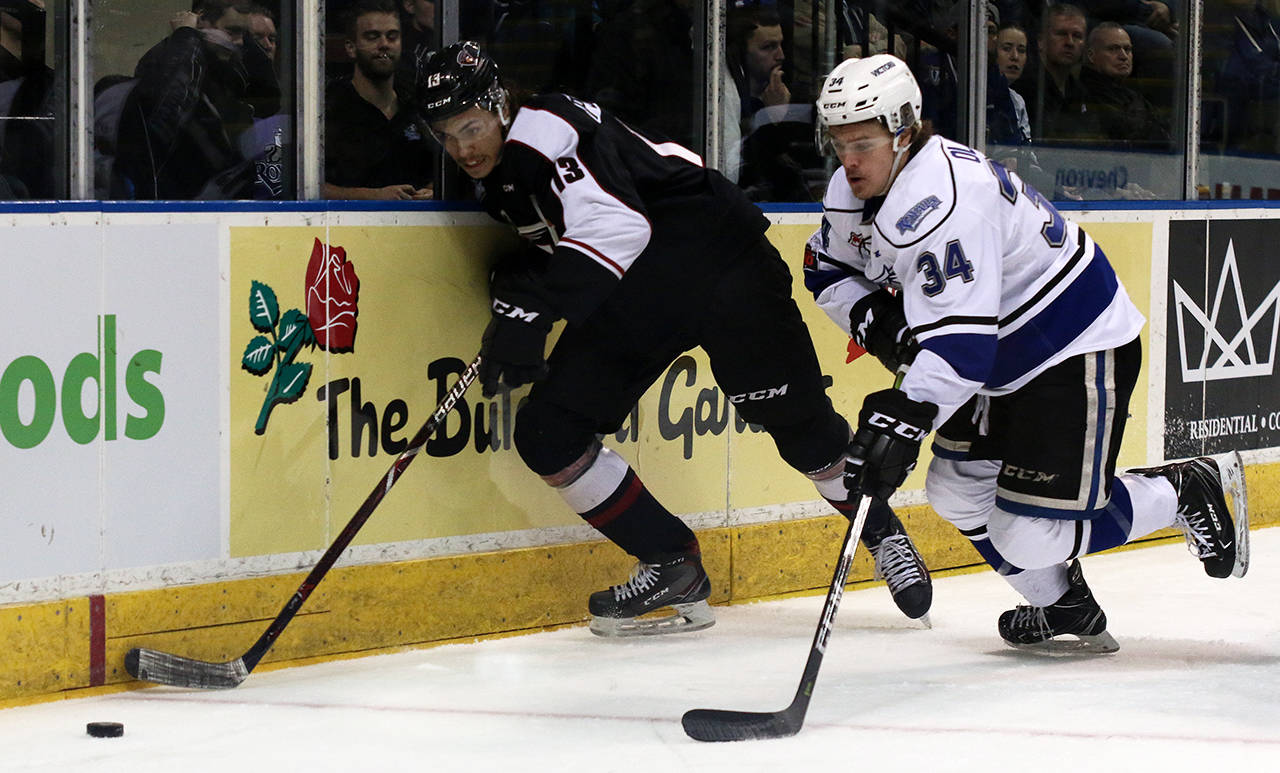 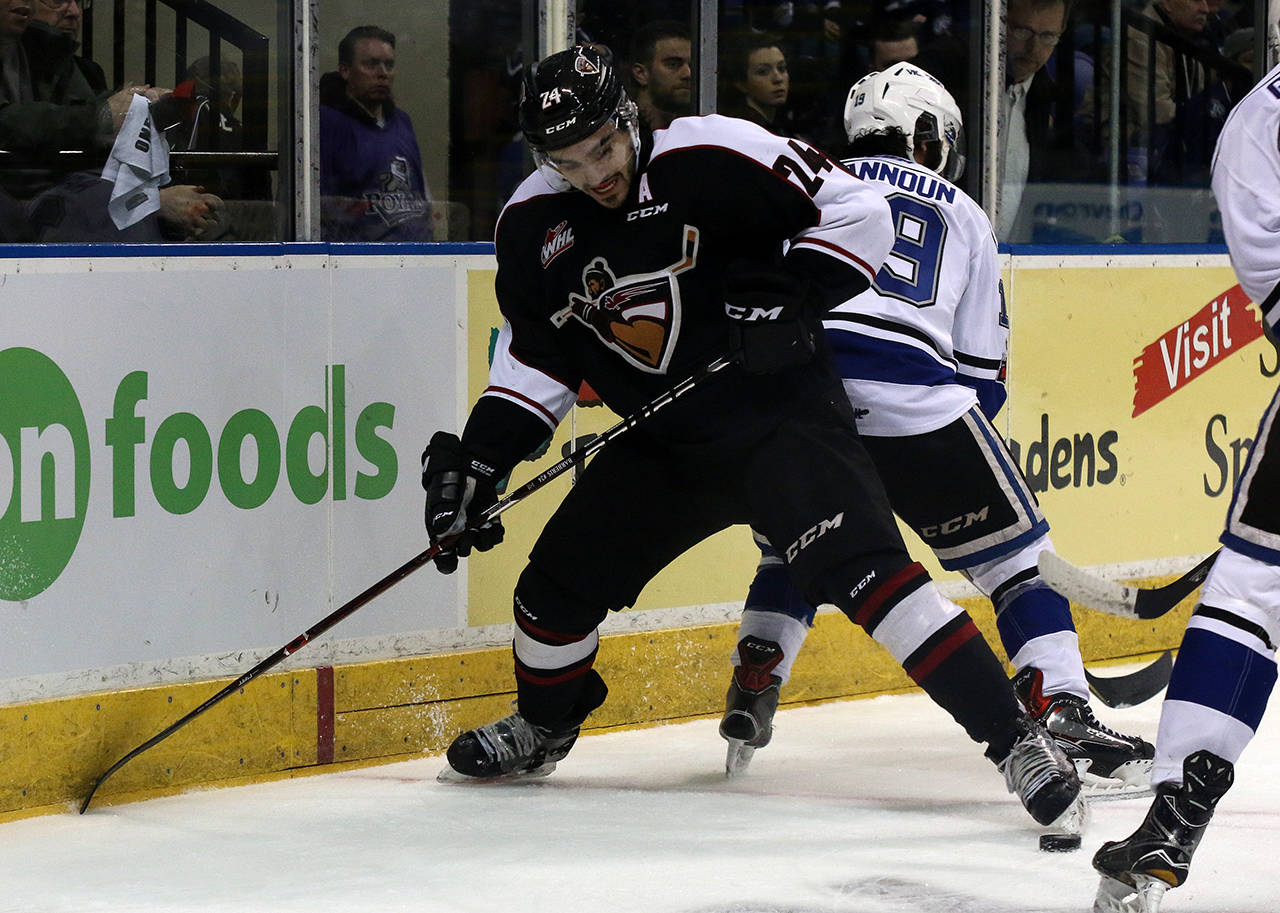 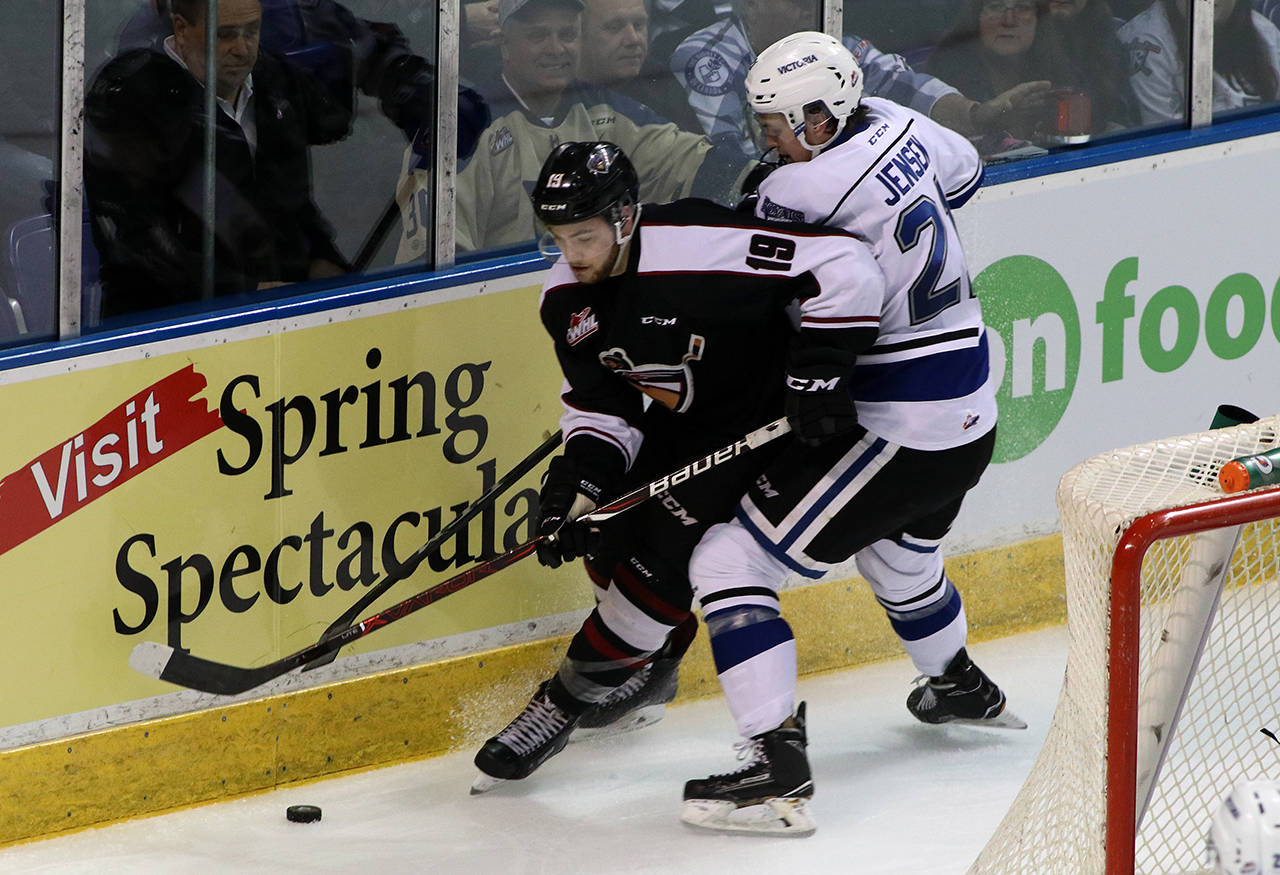 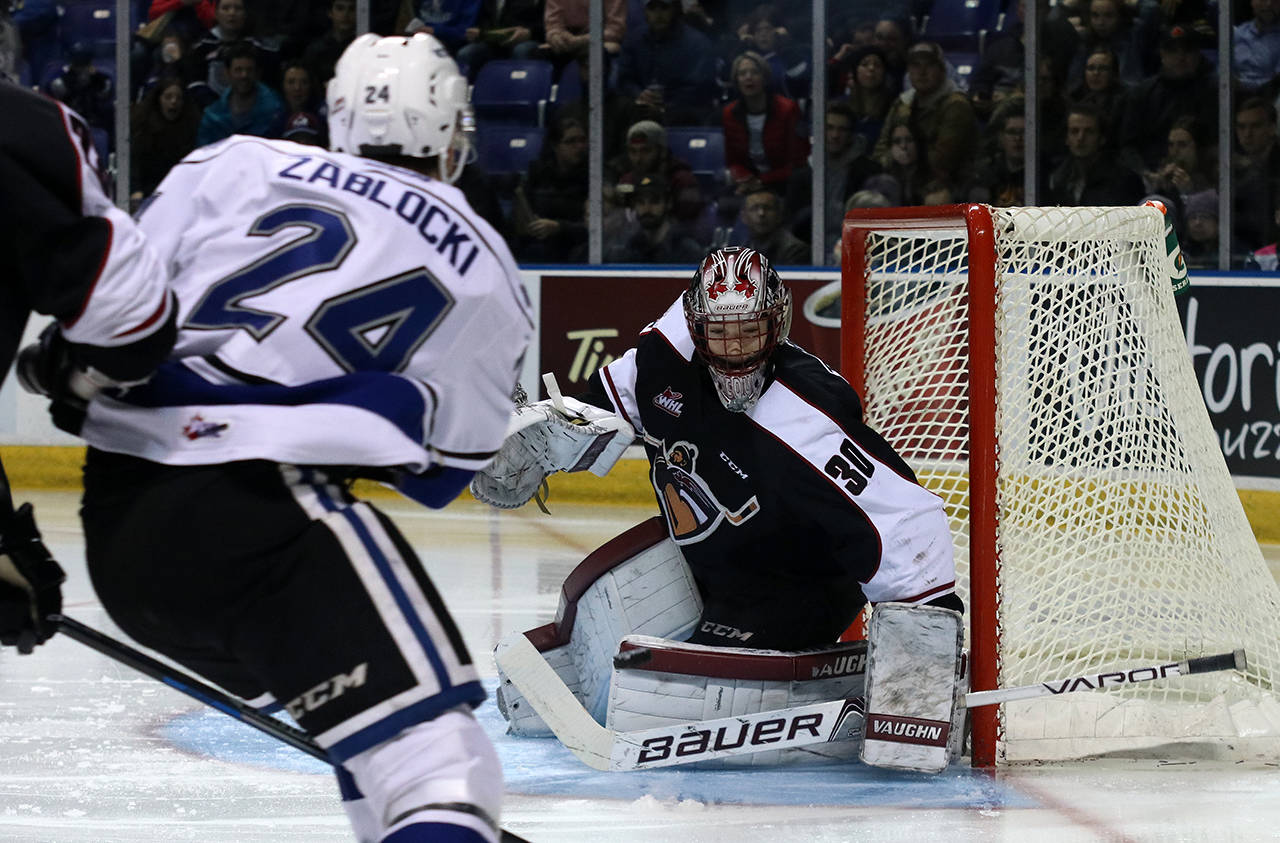 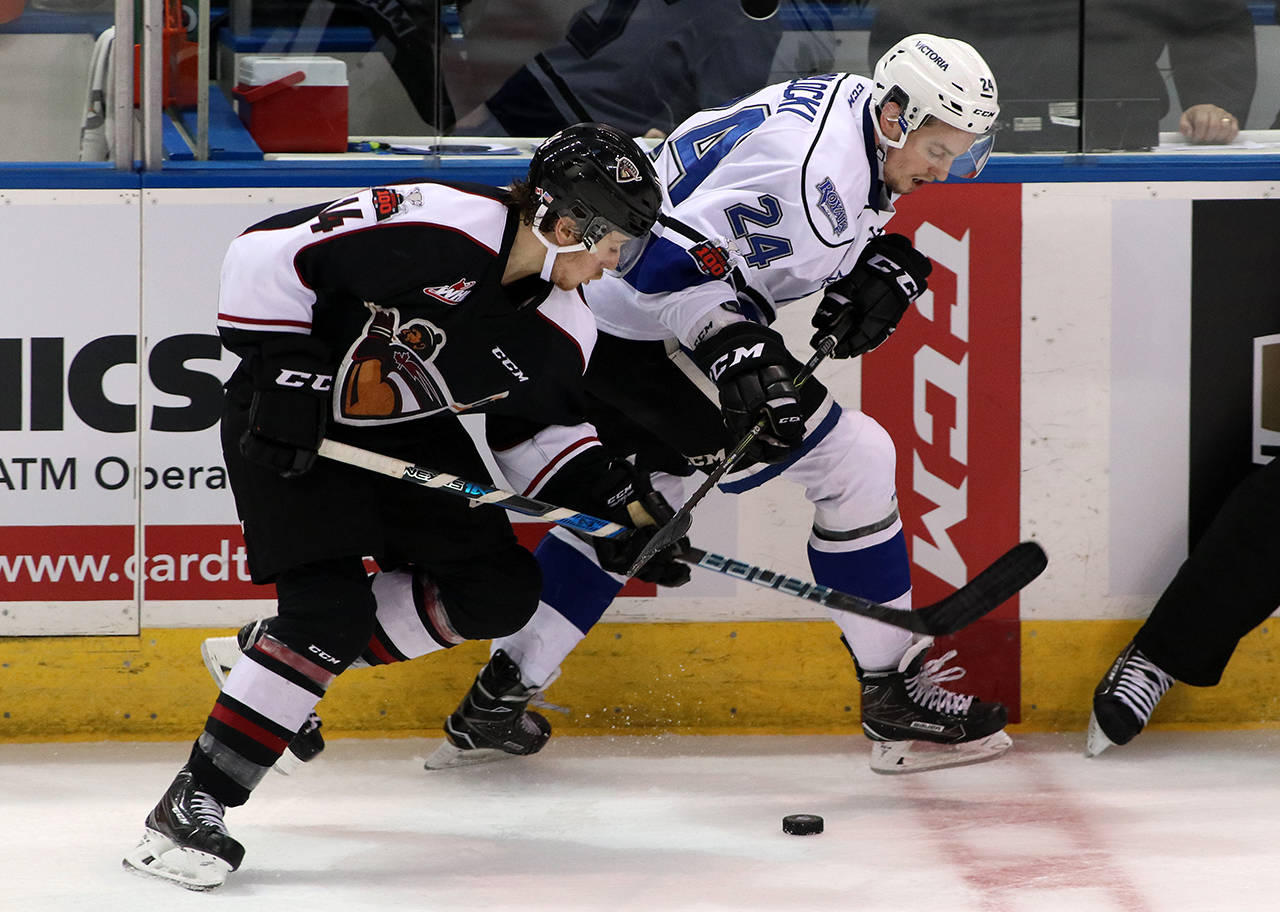 B.C. teen swimmer picks up gold and silver at the Commonwealth Games