Along with that came a handful of team titles and individual honours for one Walnut Grove Grade 8 athlete, David Midgley, who shared the top performer award for his age group.

The 4×400 team consisted of Rylea Keen, Sophia Wisotzki, Sianne Whibley and Veronica Robertson while the 4×100 had Robertson, Rebecca Rankin, Whibley and Joanna Jacobs.

Walnut Grove’s relay teams — consisting of Jacobs, Harrison, Matthewman and Wickramaarachchi — won gold in both the 4×100 and 4×400 events, finishing the former in 50.2 seconds and the latter in 4:09.31.

A trio of Langley Christian athletes also found the podium with Jordan Dickhof winning gold (discus, 31.38m) and Brady Sandes taking silver (16.2) in the 100m hurdles, one spot ahead of Seth Mangroo (17.53).

The Walnut Grove relay team — featuring Cam Calbick, Evan Wright, Lorenz Castillo and Richard Midgley — took gold in the 4×400 with a time of 3:39.11.

Credo Christian’s Ian Vandergugten won gold in the 100m hurdles, with his time of 14.32 edging out teammate Elia Farag Alla (14.84) for top spot. Vandergugten also won silver in the long jump at 5.87m

The Mountain Eagles led the way among Langley schools in this age group with three gold, a silver and a bronze medal.

Langley Christian’s Adam Clay (9:11.17) and Marshall Campbell (9:13.26) won silver and bronze, respectively, in the 1500m race walk while Christian Christie earned silver in the javelin with a throw of 44.24m.

The top eight finishers from each event now prepare for the B.C. high school track and field championships, which run June 1 to 3 at McLeod Athletic Park. 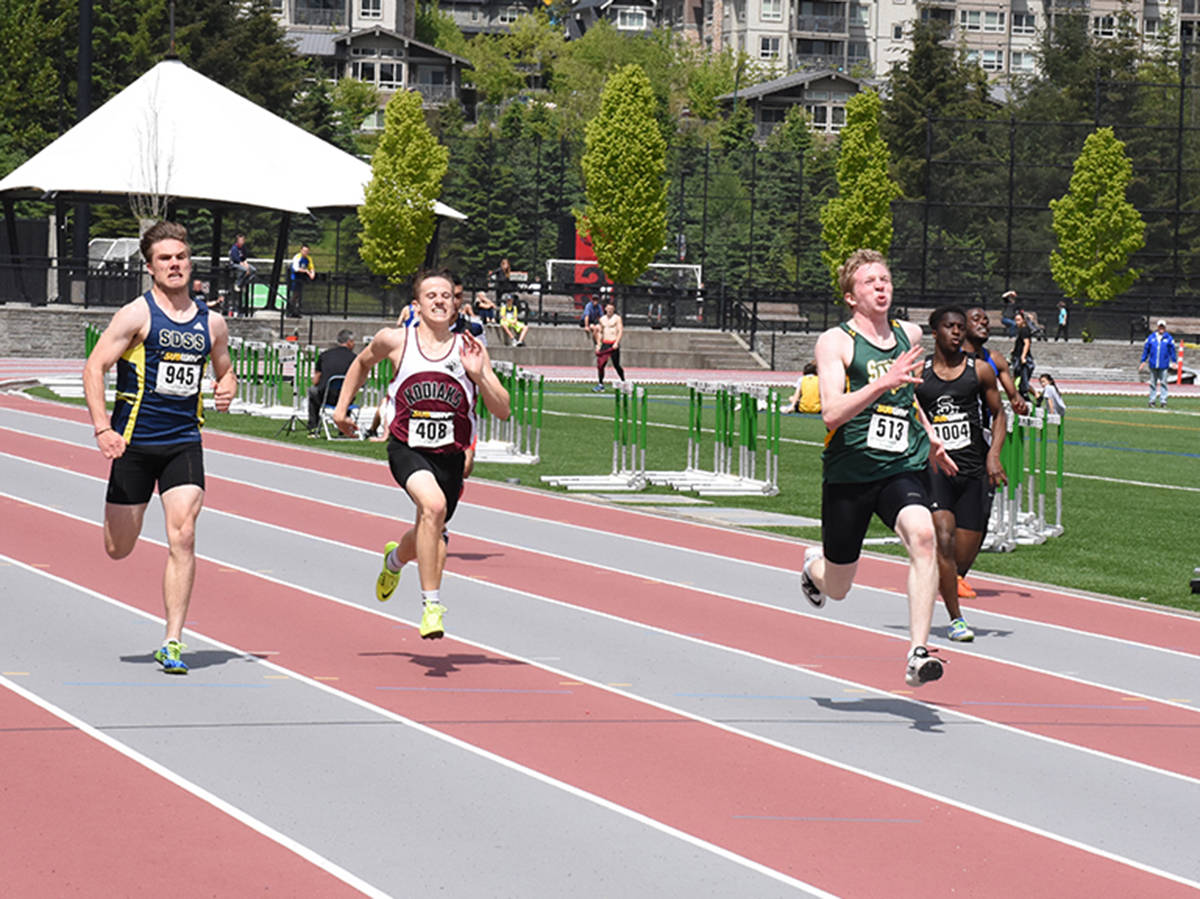 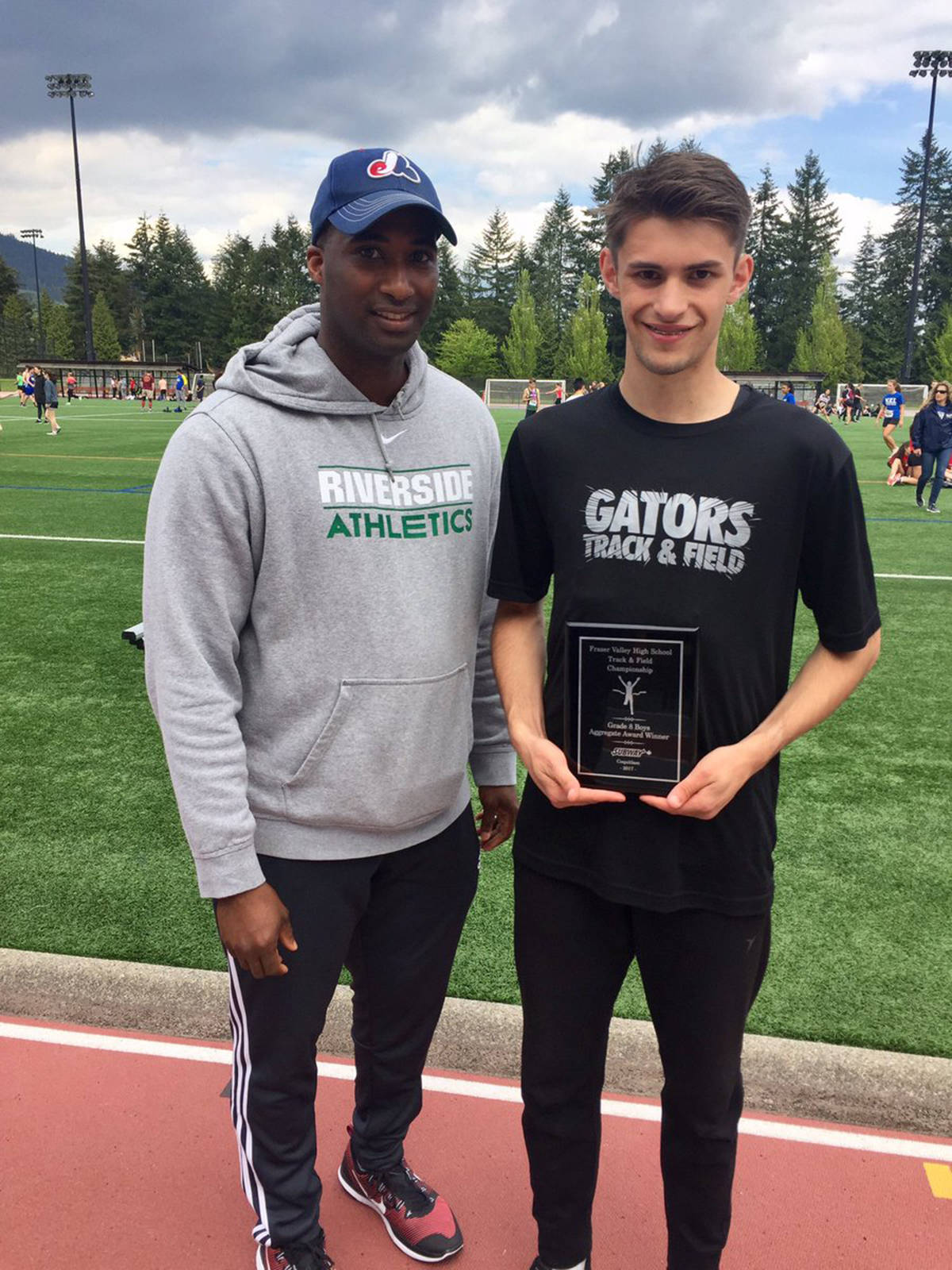 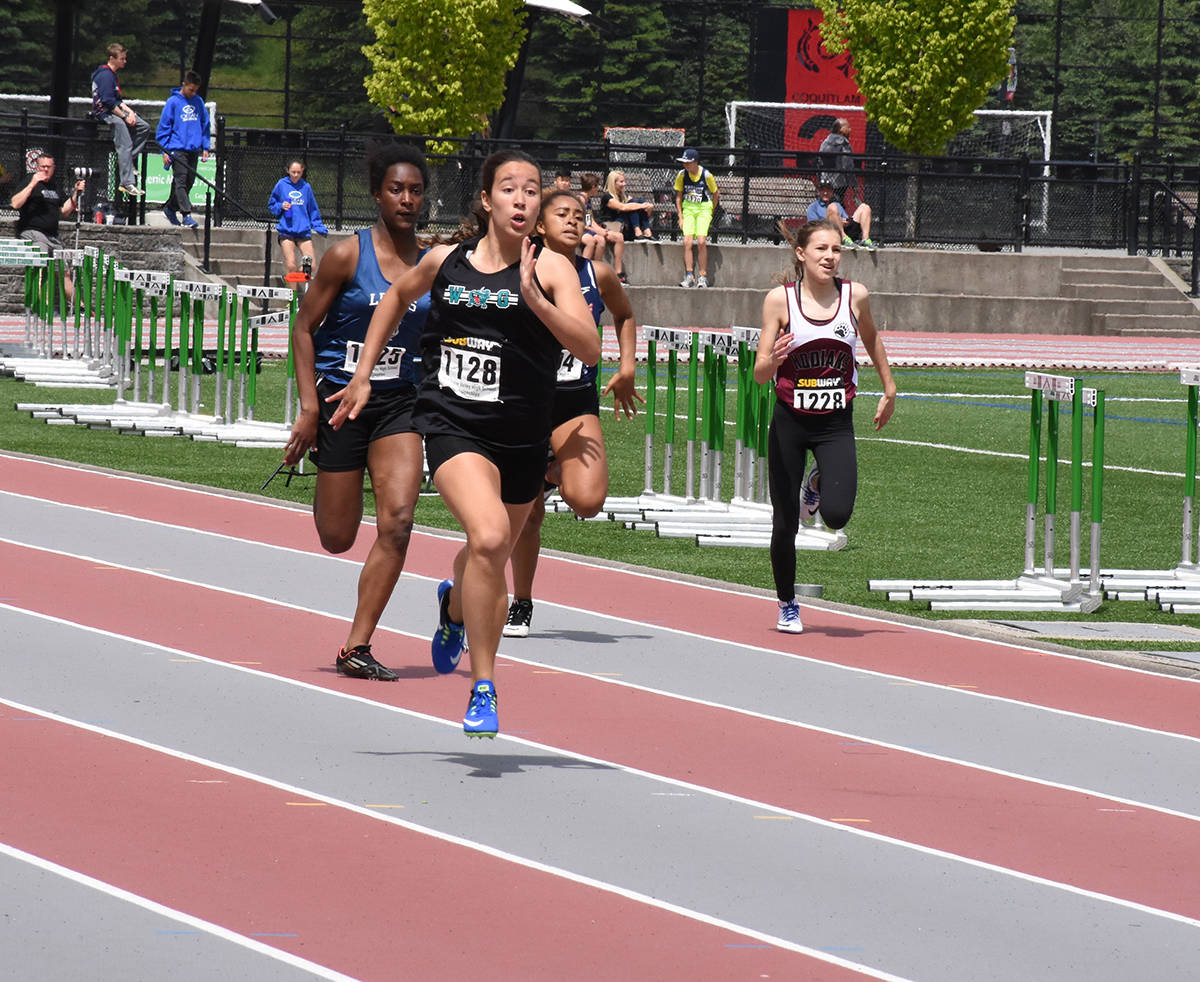 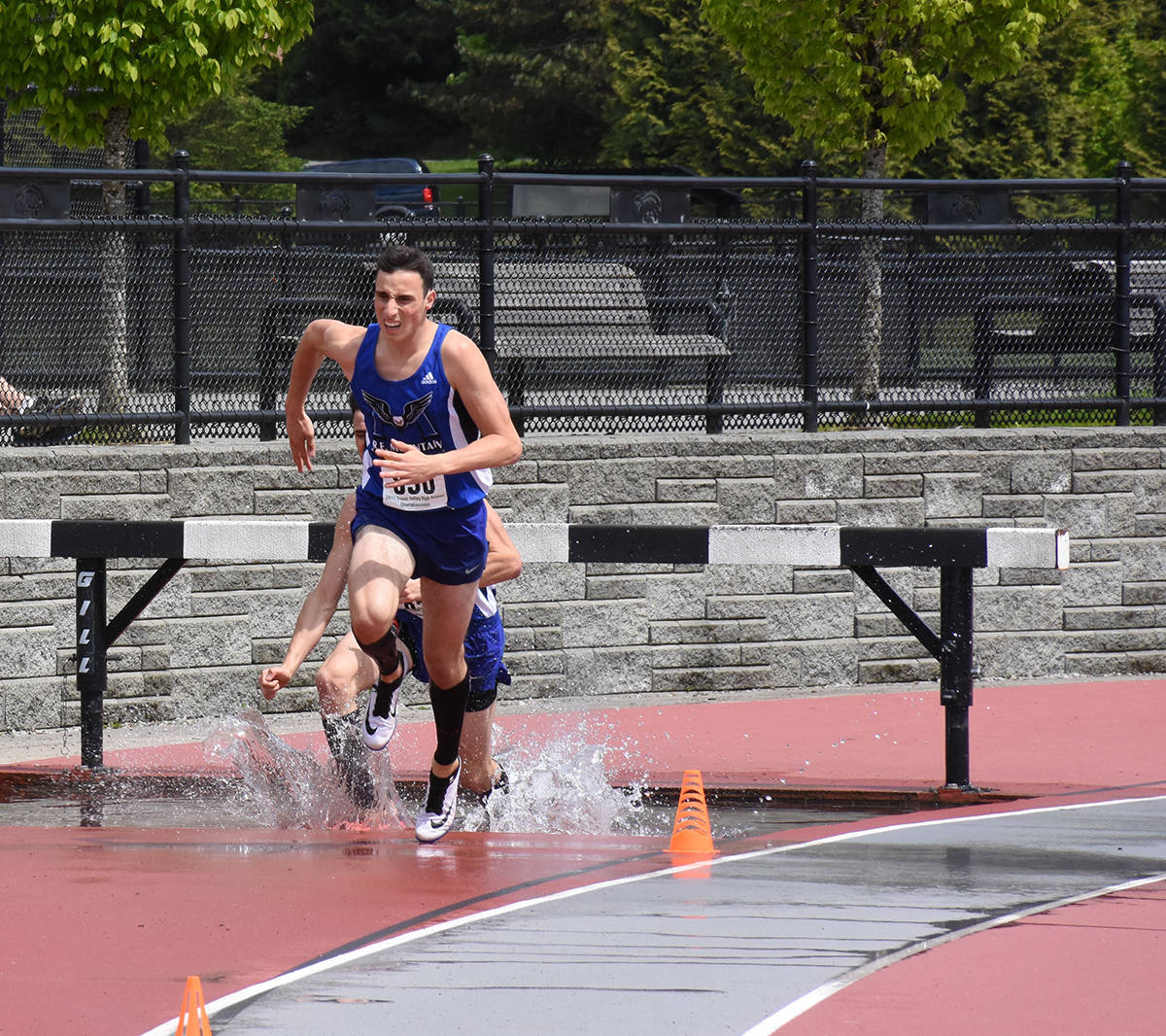