Vancouver Giants defenceman Bowen Byram didn’t have much time to recover from playing in the gold medal game that saw Canada lose 2-0 to the the U.S. at the world junior hockey championship in Edmonton on Tuesday night, Jan. 5.

Byram was immediately on a plane, bound for the Colorado Avalanche training camp.

The 19-year-old two-time MVP with the Langley-based team has a lot of company, with nine other current and former Giants getting the call to show their stuff.

Byram is looking for a berth with the franchise who selected him fourth overall in the 2019 NHL draft, has yet to play in an NHL game. But even so, he gained invaluable experience during the summer months when he joined the Colorado Avalanche inside the Edmonton playoff bubble.

Tyler Benson, who was drafted by the Edmonton Oilers in Round 2 of the 2016 NHL draft and is looking to stick with the Oilers full-time in 2021. Benson made his NHL debut last season, appearing in seven games with the Oilers where he managed one assist. Over the past three seasons, Benson has registered 71 points in 120 games with the AHL’s Bakersfield Condors.

Kevin Connauton joined the Florida Panthers on a PTO contract in late December and is hoping to secure a spot on their blueline for the 2020-21 campaign. Last season Connauton played a majority of his games with the AHL’s Colorado Eagles, but also appeared in some regular season and playoff games with the Avalanche. Connauton’s NHL career has also included stops in Dallas, Columbus and Arizona for a total of 314 regular season games.

Fresh off a six-year contract extension with the only NHL team he’s ever known, Brendan Gallagher is raring to go for his ninth season with the Habs. The Giants all-time leading scorer has suited up in 547 career regular season games with Montreal since 2012 and an additional 49 playoff games. He’s 27 goals shy of reaching 200 for his career and will no doubt be a focal point of Montreal’s attack as he looks to surpass the 20-goal mark for a fourth consecutive season.

Evander Kane is heading into his 12th NHL season and his third full season as one of the undisputed offensive leaders of the San Jose Sharks. Kane has surpassed the 20-goal mark in each of his past five NHL seasons and is just 43 points shy of reaching 500 for his NHL career that in has spanned 713 regular season games and an additional 29 in the playoffs. Kane was the fourth overall pick of the Atlanta Thrashers back in 2009 and has since suited up for the Thrashers, Jets, and Sabres before signing a lengthy contract in San Jose.

The 26-year-old Brett Kulak is gearing up for his third full season with the Montreal Canadiens. The defenceman from was originally a fourth-round pick of the Calgary Flames back in 2012 and has since appeared in 214 NHL games with Calgary and Montreal. Kulak is in the second season of a three-year contact extension that he inked with the Habs back in 2019, and should have the inside track on securing a top-six spot on Montreal’s blueline in 2021.

Andrew Ladd suited up in one regular season game with the Vancouver Giants during the 2001-02 season before ultimately joining the Calgary Hitmen for his final two WHL seasons. Since then, he’s gone on to enjoy an NHL career that has spanned 950 games. Ladd was a fourth overall pick by the Carolina Hurricanes in 2004 and has gone on to capture two Stanley Cups (Carolina, 2006 and Chicago, 2010). Currently Ladd is with the New York Islanders organization. Last season he appeared in four regular season games with the Isles and one playoff game.

READ ALSO: A welcome return to the ice for Langley Rivermen

No former Vancouver Giant has played more NHL games than Lucic, who sits 42 games away from 1000 as he readies for his second season with the Calgary Flames. Originally selected by the Boston Bruins in 2006, Lucic went on to secure a Stanley Cup with the Bruins back in 2011. His career has also included stops in Los Angeles, Edmonton and now Calgary. This will mark season 14 in the NHL for the Vancouver native and he’ll look to play a big role for the revamped Flames in 2021.

The 28-year-old Jordan Martinook is 26 games shy of reaching 400 for his NHL career which began in 2014-15 with the Arizona Coyotes. The Brandon, MB native was drafted to the NHL by Arizona in Round 2 of the 2012 draft, and is now entering his third season with the Carolina Hurricanes. For his career, Martinook has managed 43 goals and 60 assists for 103 points and has appeared in 18 playoff games for the Canes.

Ben Thomas played his final WHL season (2015-16) with the Vancouver Giants. After an early season trade, Thomas joined the Giants and tallied eight goals and 17 assists for 25 points in 60 games. Since then, Thomas has gone on to play the next four full season in the AHL with the Tampa Bay Lighting. He has yet to make his NHL debut, but given all of the uncertainty and roster flexibility that is going to be required this season by NHL teams – It may not be a huge stretch to suggest that Thomas’ NHL debut could be imminent this season.

The Giants are among 223 past and present WHL players competing at NHL training camps in preparation for the 2020-21 NHL season, which is scheduled to begin Wednesday, January 13.

The Vegas Golden Knights lead the way with 16 WHL alumni receiving invites, followed by the Calgary Flames with 15, and the Edmonton Oilers with 13. 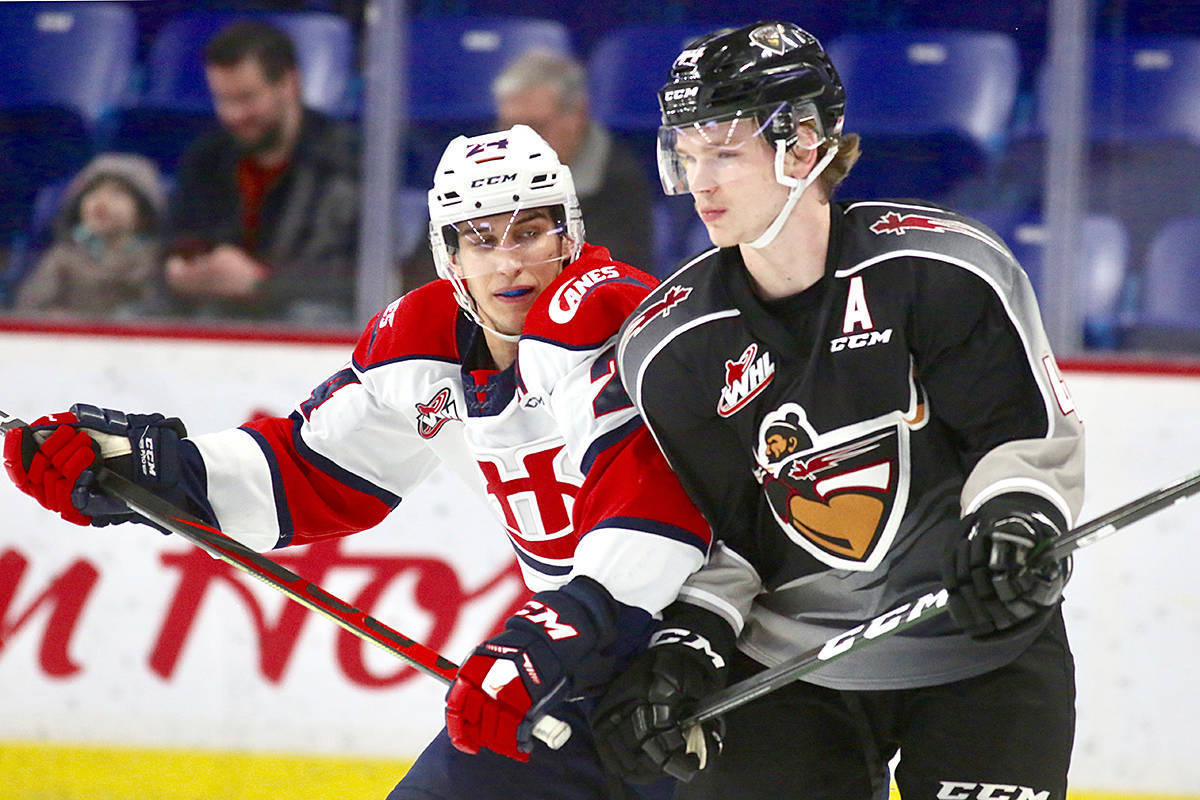