Ty Ronning is investing in some Lower Mainland real estate after the New York Rangers invested in the Vancouver Giants top sniper.

Ronning, a 20-year-old in his final year of junior eligibility, said he plans on making a down payment on an apartment after signing his entry level NHL contract with the Rangers on Monday.

Thank you to my family, teammates, coaches, and friends for always pushing me to be a better player — and person. Thank you all for believing in me and supporting my career! Hard work pays off but this is just the beginning. Can’t wait to take a bite out of the big apple! 🍎 pic.twitter.com/XPXfURq9sq

“Trying to make a smart investment,” he told The Times via text message after news broke he had signed with the Rangers.

Having the honor of watching Ty grow over the last two years, he truly is the kind of prospect that the Ranger fans will fall in love with. I can't wait to see Ty earn his NYR spot down the road https://t.co/RxgbPgSW8R

Have had the pleasure to watch this kid live here out in Langley, BC. He competes hard for an under sized kid but his offensive instinct is insane. Strong on the puck and skates well. This was a really good late draft pick up.

Consider it a smart investment on both sides.

The Rangers drafted Ronning in the seventh round of the 2016 NHL entry draft. And they could have signed Ronning before this season and let him play in the American Hockey League with the Hartford Wolf Pack.

He played a dozen games with the Wolf Pack at the end of last season and acquitted himself quite well at the AHL level with two goals and five points. New York also thought enough of Ronning to have him wear the captain’s ‘C’ for their team at the annual Traverse City Prospects tournament.

But instead, they returned him to junior and Ronning responded with an MVP-calibre season.

Ronning — who has already set a new team record with 55 goals with seven games still to play— has scored 26 per cent of his team’s goals this season and with 77 points, has been involved in 36 per cent of the offence.

“I’m so thankful to my family, friends, teammates, coaches, the Vancouver Giants management and ownership group and the fans for supporting me for the past five seasons,” he said.

“It’s been a lot of hard work, but it’s paying off, and now the real work begins. It’s an honour to sign with the New York Rangers.”

But before he embarks on his professional career, Ronning is focused on finishing up strong with his Giants team which qualified for the Western Hockey League playoffs over the weekend.

“It’s good to have this (contract) done on an individual standpoint,” he said. “My main goal is playoffs and continuing to push (my teammates) for each game.”

Vancouver is coming off a weekend which saw them win just one of three games.

The Giants are back in action on March 7 when they visit the Kelowna Rockets. 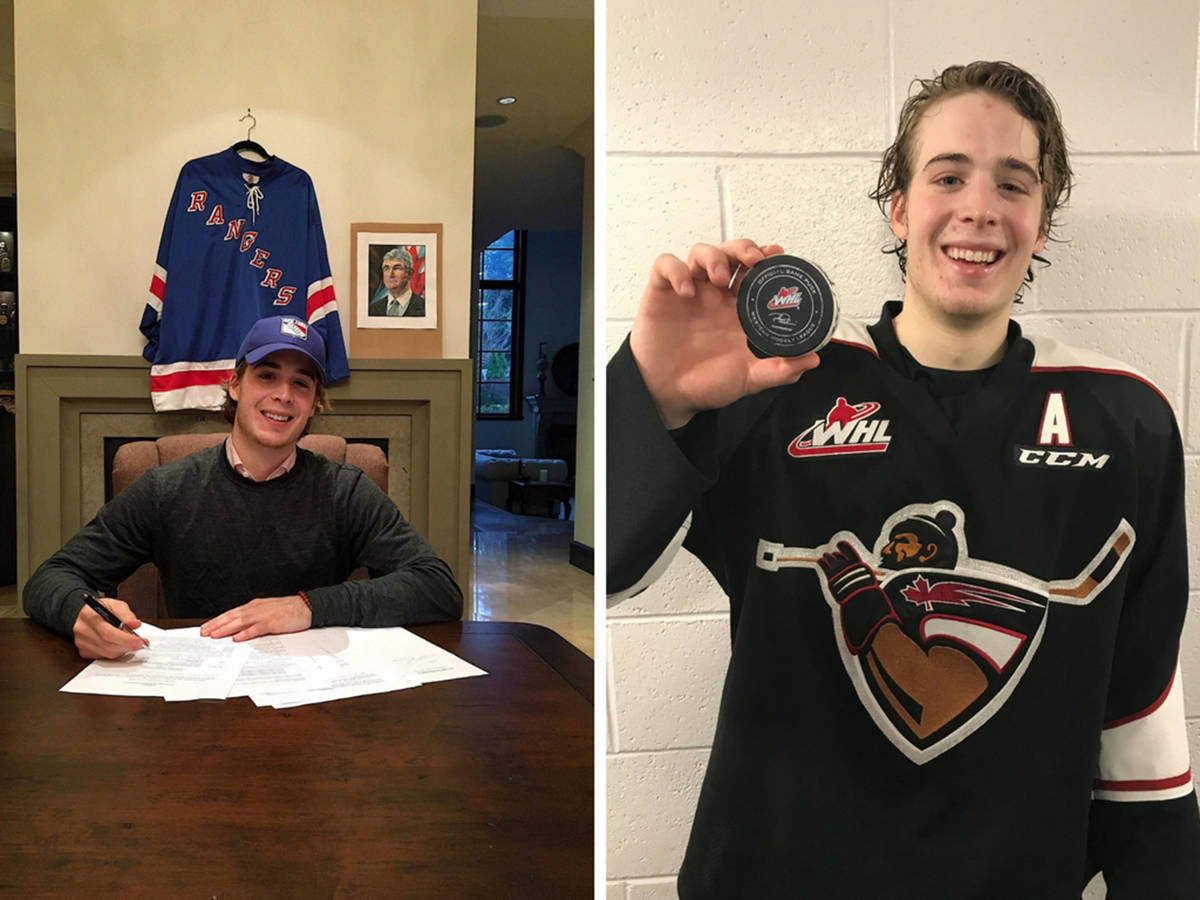 VIDEO: Langley curlers bounce back with win over U.S.

BCHL Today: Are power plays down in the BCHL playoffs?