Vancouver Giants brought their hometown crowd of 4,500-plus at Langley Events Centre to their feet repeatedly Friday night, when they shut out the Victoria Royals 3-0.

It’s gives the G-Men a 1-0 lead in the semi-final round in the Western Hockey League – in the best-of-seven series – and they’re hoping that hometown advantage can continue again tomorrow night (Saturday) when they take on the Royals again.

Last weekend, the Giants earned their spot in Round 2 of the playoffs, after defeating the Seattle Thunderbirds four games to two in Round 1 of the playoff series.

During Friday night’s game, Davis Koch, captain Jared Dmytriw, and Dawson Holt had the goals for Vancouver while Bowen Byram had two assists.

And in net, Trent Miner stopped all 15 shots he faced in goal, giving him three wins in the playoffs and his first career WHL shutout.

Griffen Outhouse answered with 25 saves in the Victoria net.

VAN – Koch opened the scoring at 13:44 of the first period on a power play when he took a feed from Byram, skated in close down the left-wing and tucked home his second of the playoffs on a forehand deke to move the G-Men up 1-0. Dylan Plouffe had the second assist on the goal.

VAN – 5:50 into the final period, Giants Dmytriw (2) pounced on a Victoria turnover, raced in alone on Griffen Outhouse and roofed a backhander up and over his stick and home to give Vancouver a 2-0 lead. Byram and Alex Kannok Leipert drew the helpers on the WHL’s highlight of the night.

VAN – At 18:12 of the third, Dawson Holt (2) potted his second of the playoffs into the empty net, cementing the Giants victory in Game 1. Jared Dmytriw had the lone assist on the Holt marker.

Now, with this first game of the series out of the way, Game 2 gets underway Saturday at 7 p.m. – again at LEC, before the teams head over to Vancouver Island for Game 3 and 4 in Victoria on Tuesday and Thursday.

Click here for tickets to the games in Langley.

• Miner recorded the Giants first playoff shutout since April 14, 2009, when Tyson Sexsmith blanked the Spokane Chiefs 1-0 in Game 7 of Round 2. Nick Ross had the OT winner that night at 1:56, which sent Vancouver to the third round.

• With 11 points in seven games, Koch leads all WHL skaters outright in playoff scoring. He’s recorded at least one point in six of his seven games played so far.

– Giants forward Justin Sourdif returned to the lineup on Friday night after missing Games 2-6 of their first-round series with Seattle.

– Byram extended his point streak to three games. He has a goal and four assists for five points in that span after recording two assists Friday in Game 1..

During the regular season the Vancouver Giants were 6-2-1-1 against the Victoria Royals.

Game 2⃣ of Round 2⃣ against the @victoriaroyals takes place Saturday night at @LangleyEvents! The Giants take aim at a 2-0 series lead. 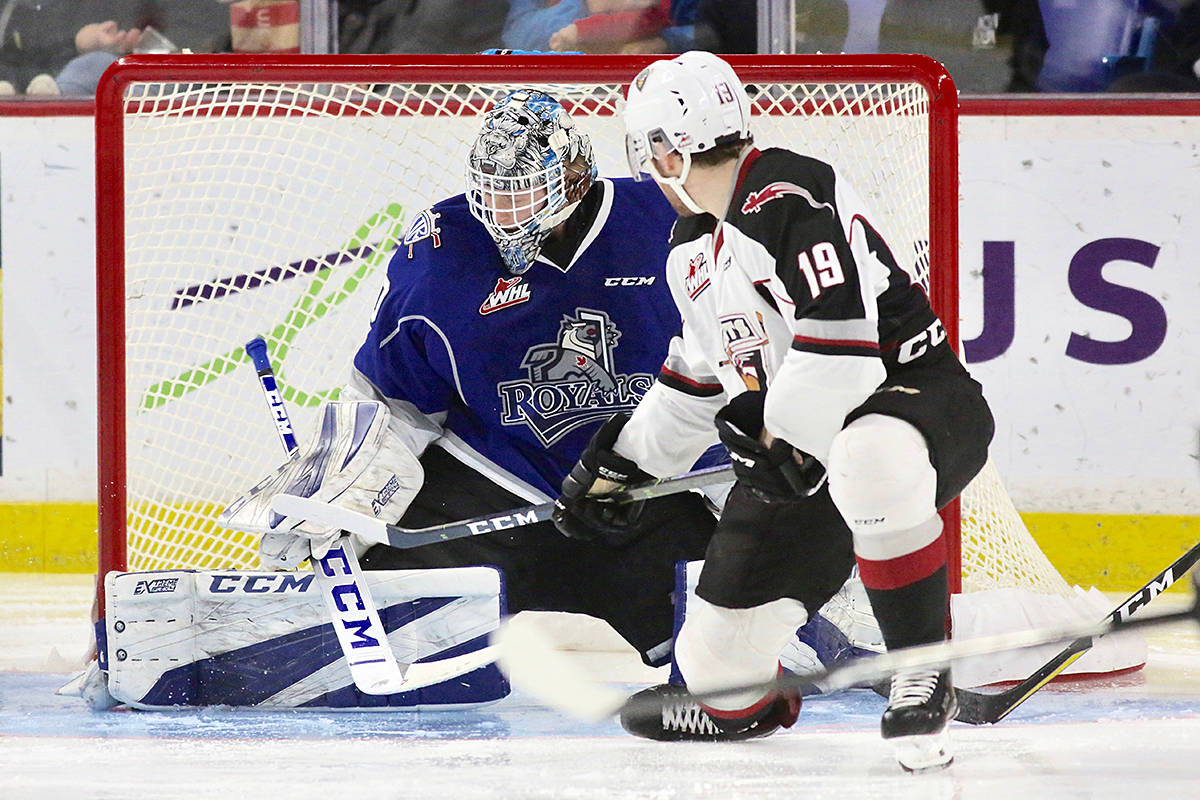 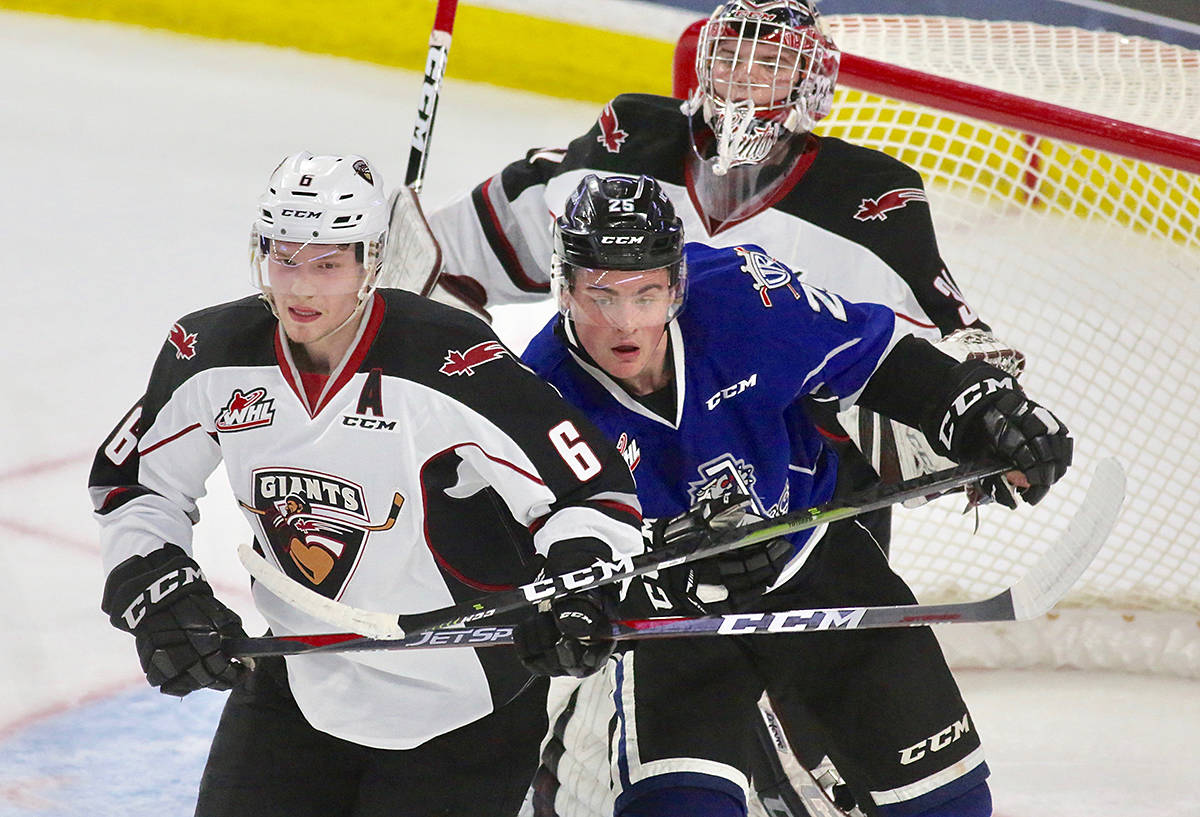 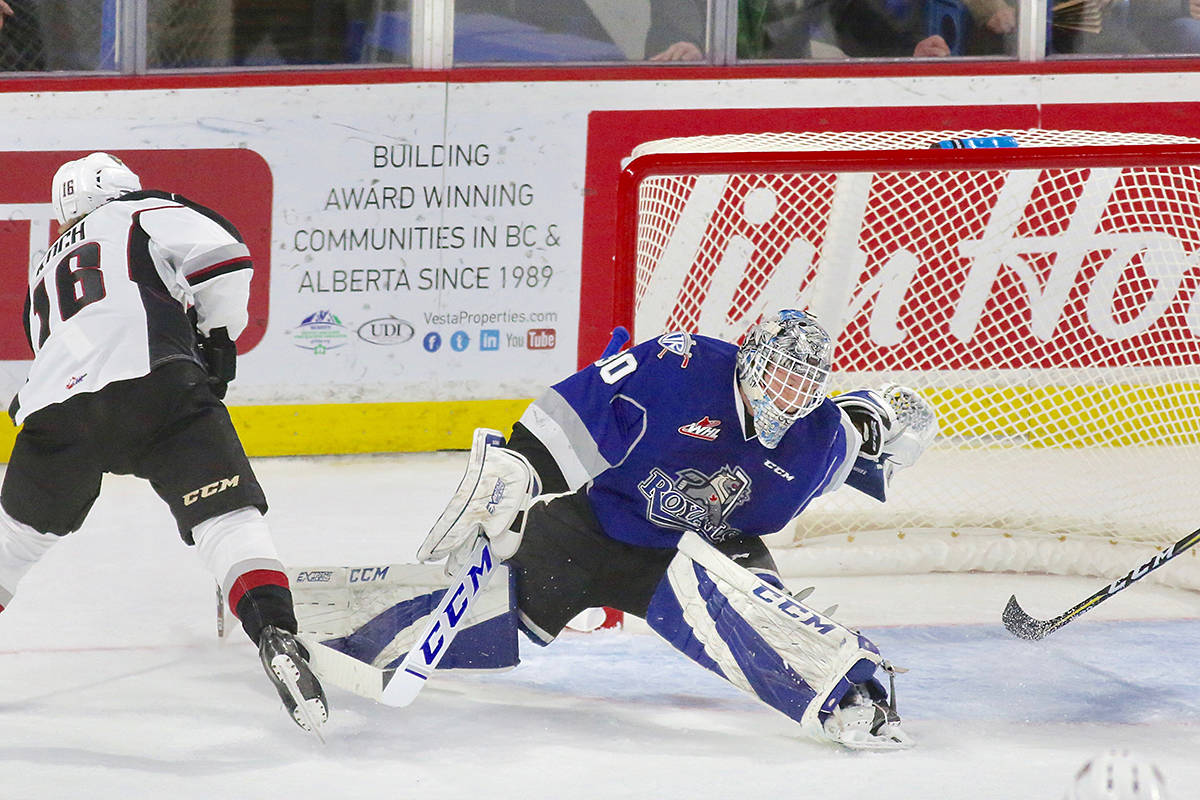