Regular season is off to a good start for the Langley-based Vancouver Giants.

Friday night at the CN Centre in Prince George, Giants kicked off the 2019-20 season with a 5-3 victory over the Prince George Cougars before a crowd of 2,857.

Five different skaters supplied the goals for the Giants while Trent Miner turned aside 20 of the 23 shots fired his way in net.

Both Owen Hardy (two assists) and Seth Bafaro (one goal, one assist) had multi-point games for Vancouver. Tyson Upper had two goals in response for Prince George.

In the first period, Tristen Nielsen opened the scoring at 4:48. He snuck a low shot through the pads of Taylor Gauthier from the left-wing beside the goal. Owen Hardy and Seth Bafaro assisted.

Seth Bafaro extended Vancouver’s lead on a power play at 15:20. His shot from the right-wing point snuck through traffic and home. Dylan Plouffe and Owen Hardy both drew helpers.

Cole Moberg responded for the Cougars 51 seconds later when he capitalized off a three-way passing play with Ryan Schoettler and Josh Maser. Moberg’s marker came on a power play.

In the second: Lukas Svejkovsky extended the Giants lead to 3-1 when he wired a shot past Taylor Gauthier’s blocker off a two-on-one rush. His goal came at 10:50 and was unassisted.

Tyson Upper moved Prince George back within one at 16:36 off a shot from above the left-wing circle. Goaltender Taylor Gauthier had one of the assists.

Upper struck again with 11 seconds left in the period off a deflection from the left-wing beside the Giants goal.

In the third: Justin Sourdif gave the Giants their final lead of the night with an end-to-end rush on a power play at 4:56. Goaltender Trent Miner drew the lone assist.

Jackson Shepard provided the Giants with some insurance at 18:53. Shepard converted into an empty net off a breakaway feed from Milos Roman to secure his first goal as a Giant.

Eight Giants recorded at least one point in Friday’s victory.

Tristen Nielsen led all Giants with five shots on goal.

Trent Miner improved his record to 5-0 lifetime against Prince George.

Both of the game’s goaltenders: Trent Miner and Taylor Gauthier recorded assists in the game.

The Giants are now 4-1-0-1 lifetime when starting their season on the road.

Giants return to the ice in Prince George at 7 p.m. tonight (Saturday, Sept. 21)

First home came will be Friday, Sept. 27, at 7:30 p.m. against Portland Winterhawks. 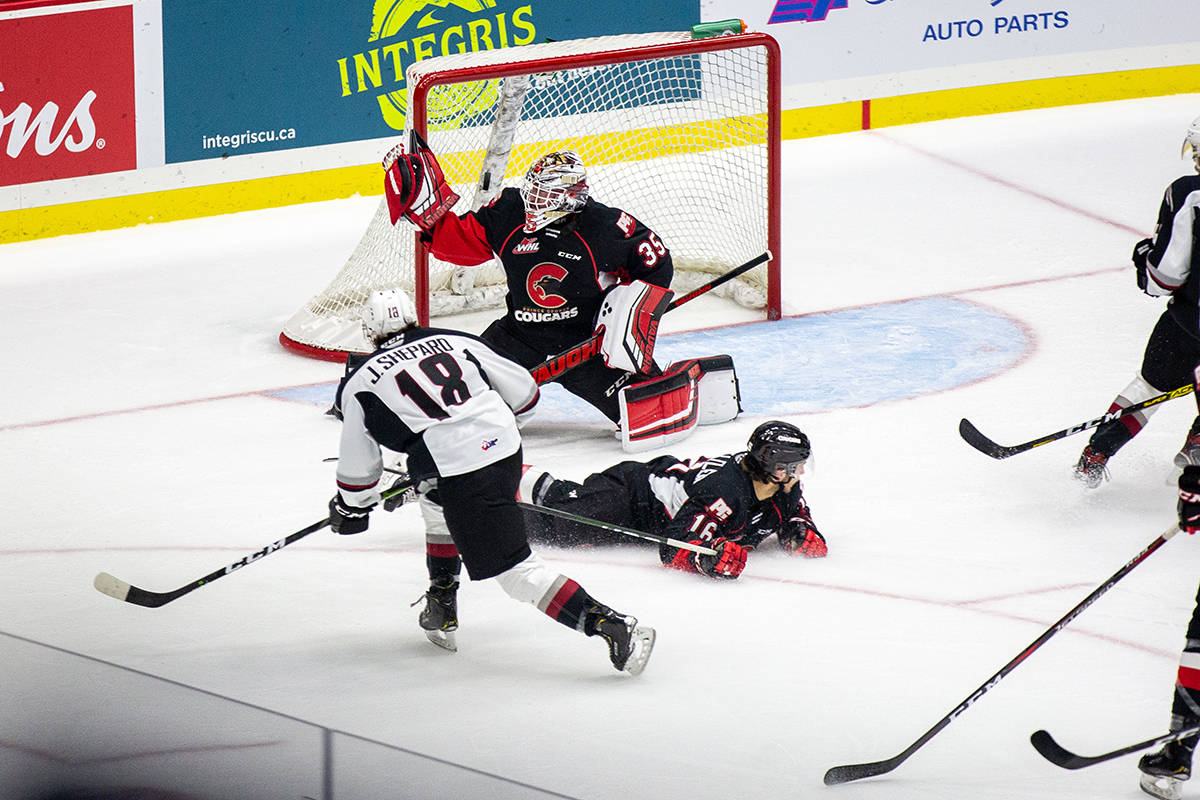 Jackson Shepard takes a shot as the Giants recorded a 5-3 victory over the Prince George Cougars. (Brett Cullen/Vancouver Giants) 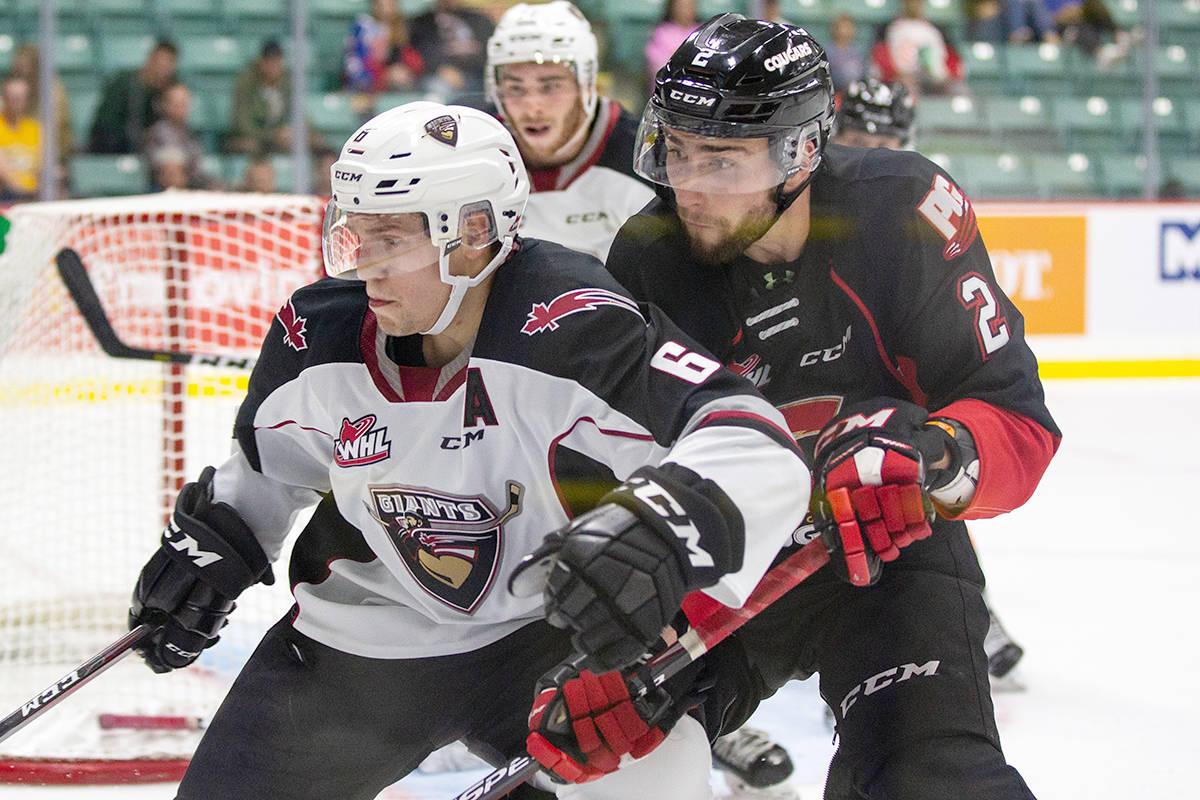 Dylan Plouffe and the Vancouver Giants kicked off the 2019-20 season with a 5-3 victory over the Prince George Cougars. (Brett Cullen/Vancouver Giants)