The seeding pretty much held to form on day one of the BC School Sports Girls Basketball Provincial Championships.

With the 2A, 3A, and 4A tournaments tipping off on Wednesday at Langley Events Centre, the only day one upsets were two nine-seeds and two 10-seeds upsetting their higher-ranked opponents out of the 24 games.

The closest game of the day featured the No. 7 Southridge Storm (Surrey) holding off No. 10 Brentwood College (Mill Bay) 66-64, winning the game on a pair of free throws.

The Storm victory sets up a quarter-final showdown against the No. 2 Mulgrave Titans (West Vancouver) after the Titans were too much for the No. 15 St. John Brebeuf Bears, winning 73-28.

The other game in that bracket features the No. 3 York House Tigers (Vancouver) and the No. 6 Kalamalka Lakers (Coldstream). The Lakers were 56-44 winners over the No. 11 Lambrick Lions (Victoria). The Lions had rallied back to from 11 down to cut the lead to pull within a bucket in the fourth quarter before Kalamalka scored the final 10 points. York House won their game going away as the Tigers defence held the No. 14 Selkirk Storm (Kootenay) to 22 points in a 76-22 win.

On the other side of the draw, the top-seed Langley Christian Lightning were 94-12 winners over Prince George’s Shas Ti Kelly Road Grizzlies. Langley Christian now faces the No. 9 St. Thomas More Collegiate Knights after the Burnaby school held off the No. 8 Abbotsford Titans 65-53.

The other quarter-final pits the No. 4 Notre Dame Jugglers (Vancouver) and the No. 5 St. Michaels University School Blue Jags. The Jugglers scored a 99-29 win over Richmond’s A.R. MacNeill Ravens while the Blue Jags were 76-25 winners over West Vancouver’s Collingwood Cavaliers.

The lone upset in the 3A Tournament was the No. 10 Vernon Panthers scoring a 68-44 win over Abbotsford’s Robert Bateman Timberwolves. The victory sets up a showdown with the No. 1 seed Brookswood Bobcats (Langley) after the ‘Cats won 70-42 over Surrey’s Salish Wolves.

Abbotsford’s MEI Eagles were 73- 34 winners over Vancouver’s Crofton House Falcons in a No. 3/14 battle of the birds. The Eagles next opponent is Kamloops’ Sa-Hali Sabres after they edged the Alberni District Armada (Port Alberni) 68-62 in the 3A Tournament.

The top half of the draw saw No. 1 Burnaby Central post a 91-51 win over Campbell River’s Carihi Tyees. The Wildcats next face the No. 8 Valleyview Vikes (Kamloops) who were 63-52 winners over the Pitt Meadows Marauders. It was a two-point game after three quarters before the Vikes were finally able to gain some separation

Richmond’s R.A. McMath Wildcats were 105-30 winners over the No. 13 Duchess Park Condors (Prince George). McMath’s next opponent is the No. 5 College Heights Cougars (Prince George) after they won 83-50 over Vancouver’s John Oliver Jokers.

The No. 9 Claremont Spartans (Victoria) were 79-65 winners over the No. 8 Kelowna Owls. The game was tied at the half before the Spartans broke out for 26 points in the third quarter to take a lead they would not relinquish.

Claremont’s reward for a round one victory is a quarter-final date with the top-seed Riverside Rapids (Port Coquitlam). The Rapids came out firing with 32 first-quarter points in a 92-32 win over the Belmont Bulldogs.

Both the No. 4 Walnut Grove Gators (Langley) and No. 5 Sir Winston Churchill Bulldogs (Vancouver) advanced to meet in the quarter-finals. The Gators won 93-48 over Delta’s Seaquam Seahawks while the Bulldogs won 70-44 over Port Moody’s Heritage Woods Kodiaks.

The Okanagan Mission Huskies (Kelowna) defeated the North Peace Grizzlies (Fort St. John) 98-17 in the No. 2/No. 15 game. Next up for OKM will be Abbotsford’s Yale Lions after the No. 10 seed upset the No. 7 South Delta Sun Devils 76-58.

And the final quarter-final will see the No. 3 Terry Fox Ravens (Port Coquitlam) and the No. 6 Abbotsford Senior Panthers. The Ravens won 77-32 over the No. 14 West Vancouver Highlanders while the Panthers won 84-47 over Surrey’s Fleetwood Park Dragons, the No. 11 seed.

All fans 12 years and older must also show proof of double vaccination and all spectators ages five and older are required to wear a mask when inside the facility.

The games are also available to stream via pay-per-view at tfsetv.ca. 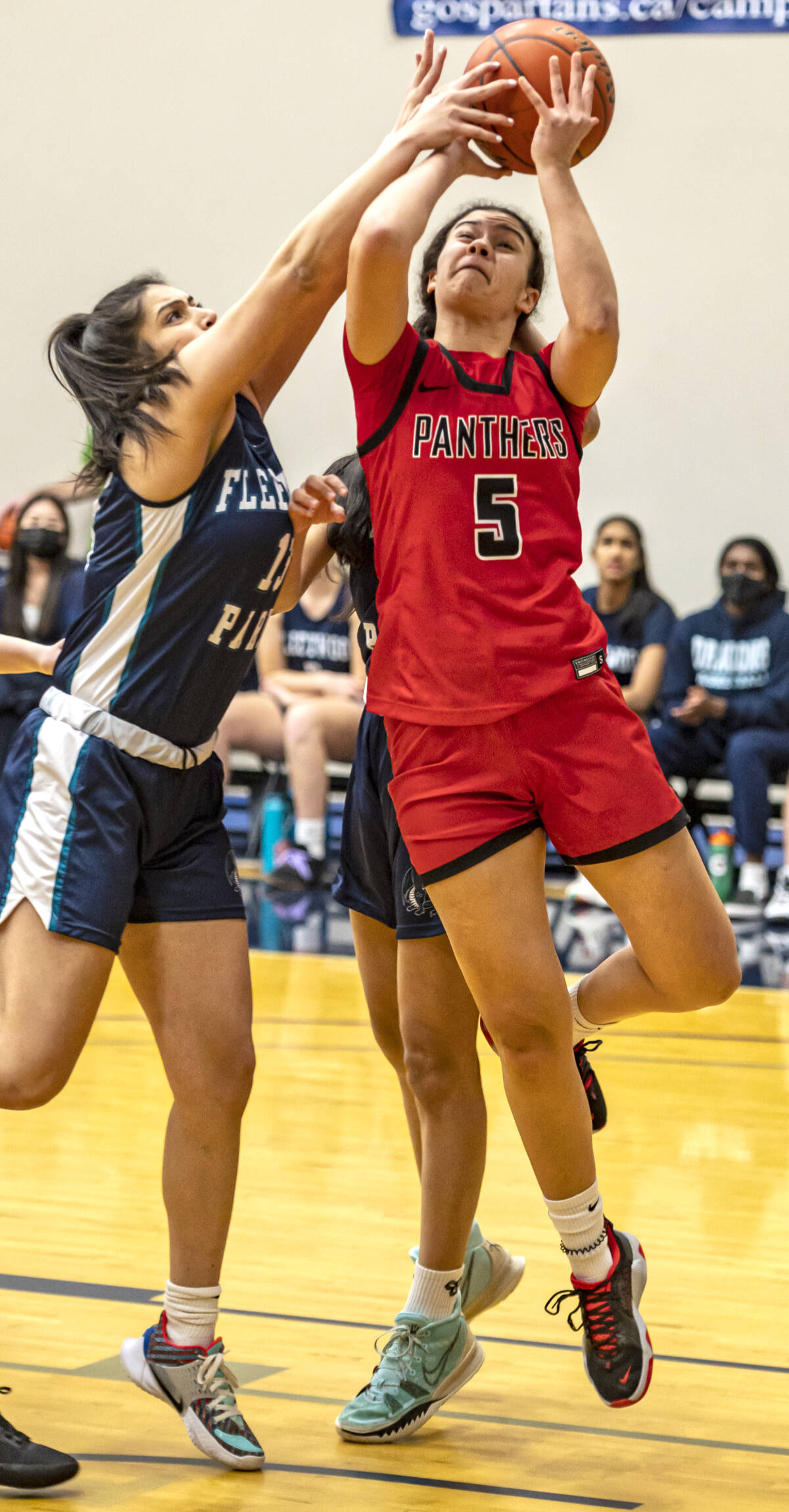