Before the Canada-U.S.border had to be closed due to the coronovirus pandemic, Langley’s Isabelle “Izzy” Forsyth made a trip to the University of California in San Diego.

“I went on an unofficial visit with my dad, in January,” Forsyth told the Langley Advance Times.

In April, with the border closed, Forsyth was offered, and accepted, a four-year year basketball scholarship from the university, making what was described at the time as a “verbal commitment.”

On Wednesday, Nov. 11, Forsyth put it in writing, signing a letter of intent at her Brookswood home.

She said there is a “possibility” she might cross paths with her sister Louise, a senior at Gonzaga University in Spokane, WA, but only if her sibling exercises an option for another year of eligibility, a decision that would see the two sisters playing against each other.

Forsyth will see another familiar face across the court on occasion, as well – Totem teammate Deja Lee’s will be playing for the University of California Irvine team which is in the same division.

She is scheduled to report to campus in July 2021 and will begin studies in communications and international relations.

She thinks she might try playing professional basketball in Europe once she graduates.

“I love travelling,” she remarked.

Forsyth, a forward who plays with the Semiahmoo Totems and the B.C. United basketball teams, learned from the best.

Forsyth has a long list of athletic accomplishments, including B.C. School Sports (BCSS) Most Valuable Player (MVP) in 2017 as a Grade 8 student, BCSS first team all-star 2018, 2019, 2020 (seniors) and MVP at the Basketball Canada National Championship in 2018, as well as playing on Basketball National Cadet’s team and Development Team. 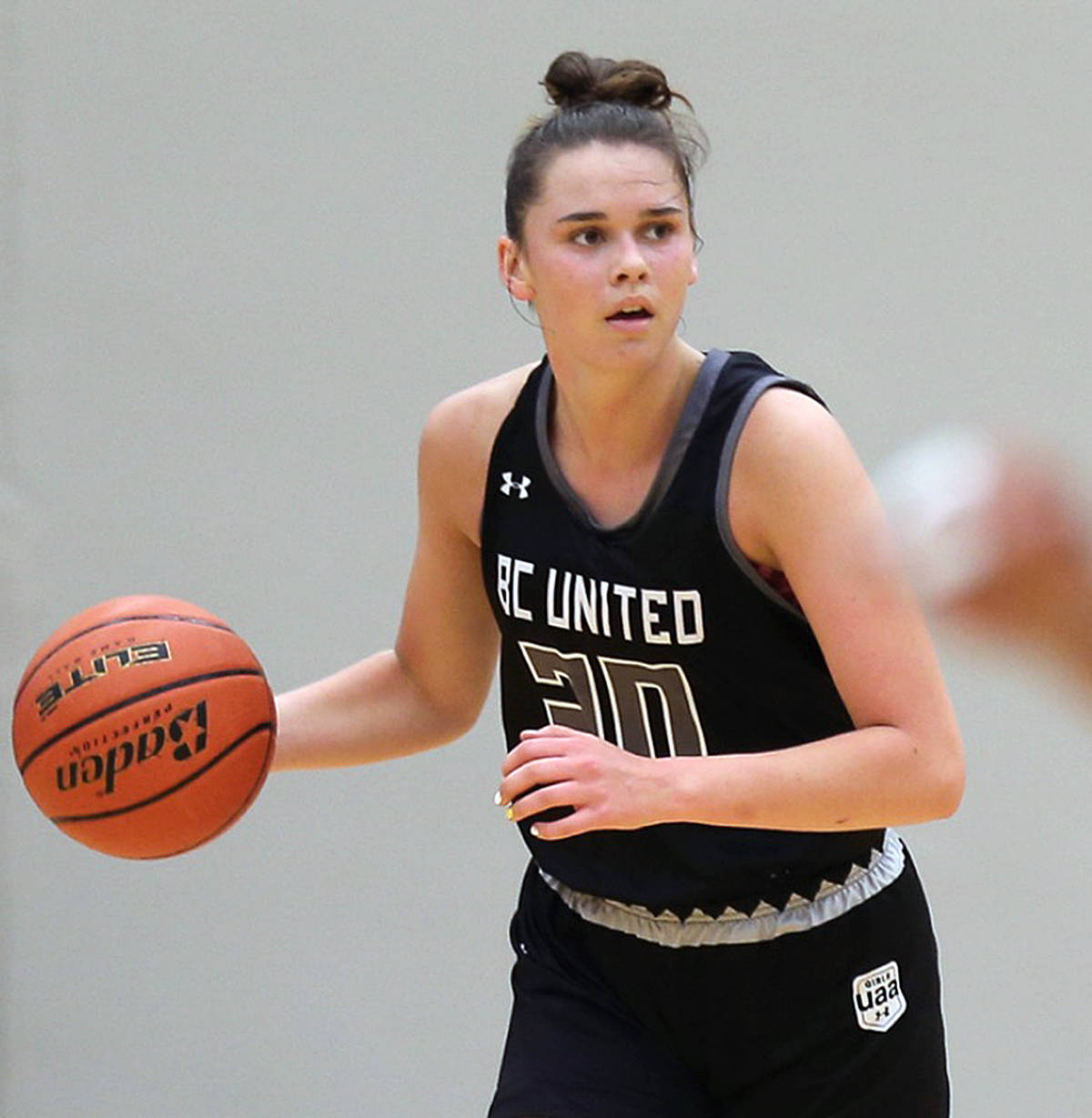