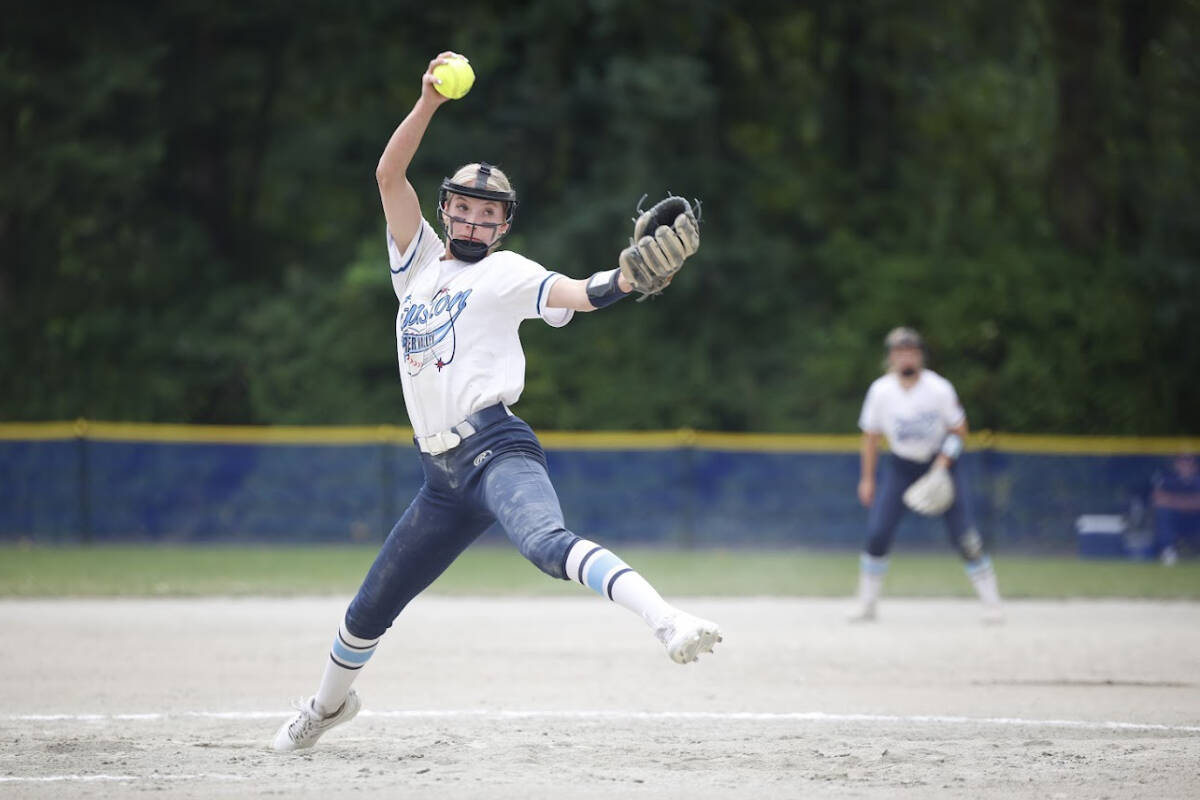 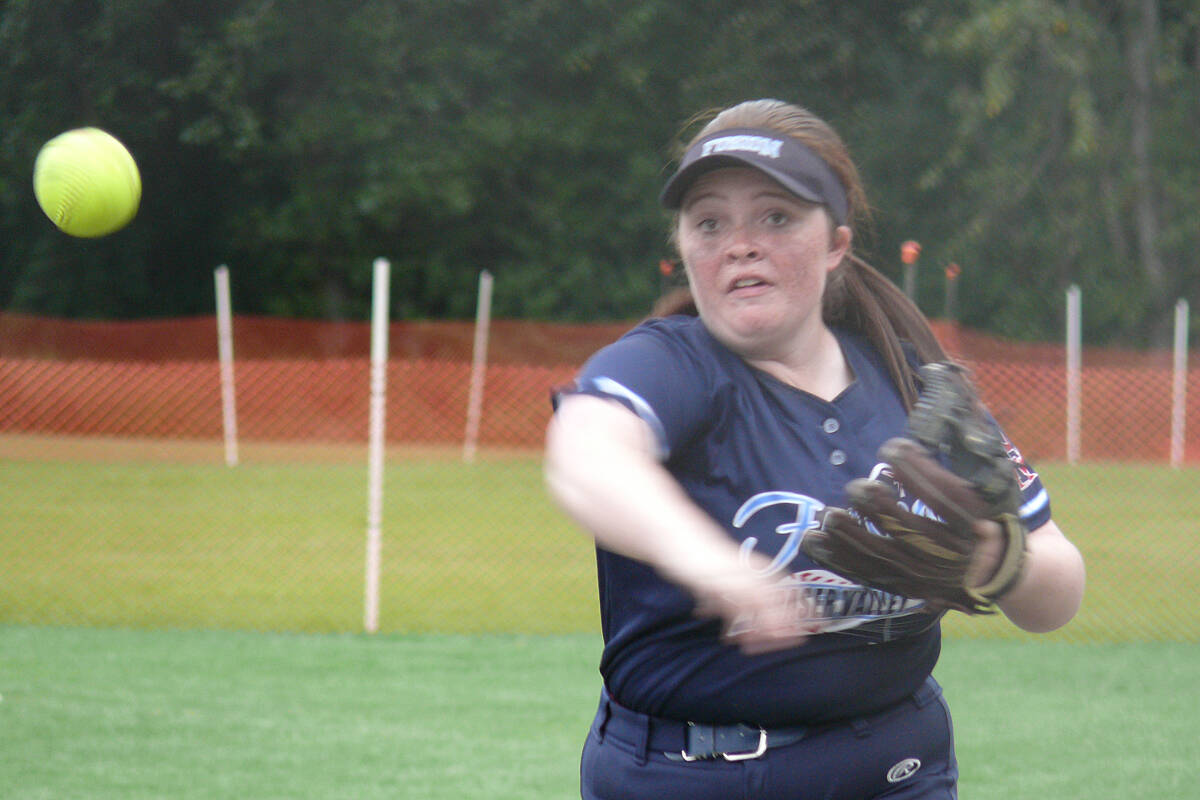 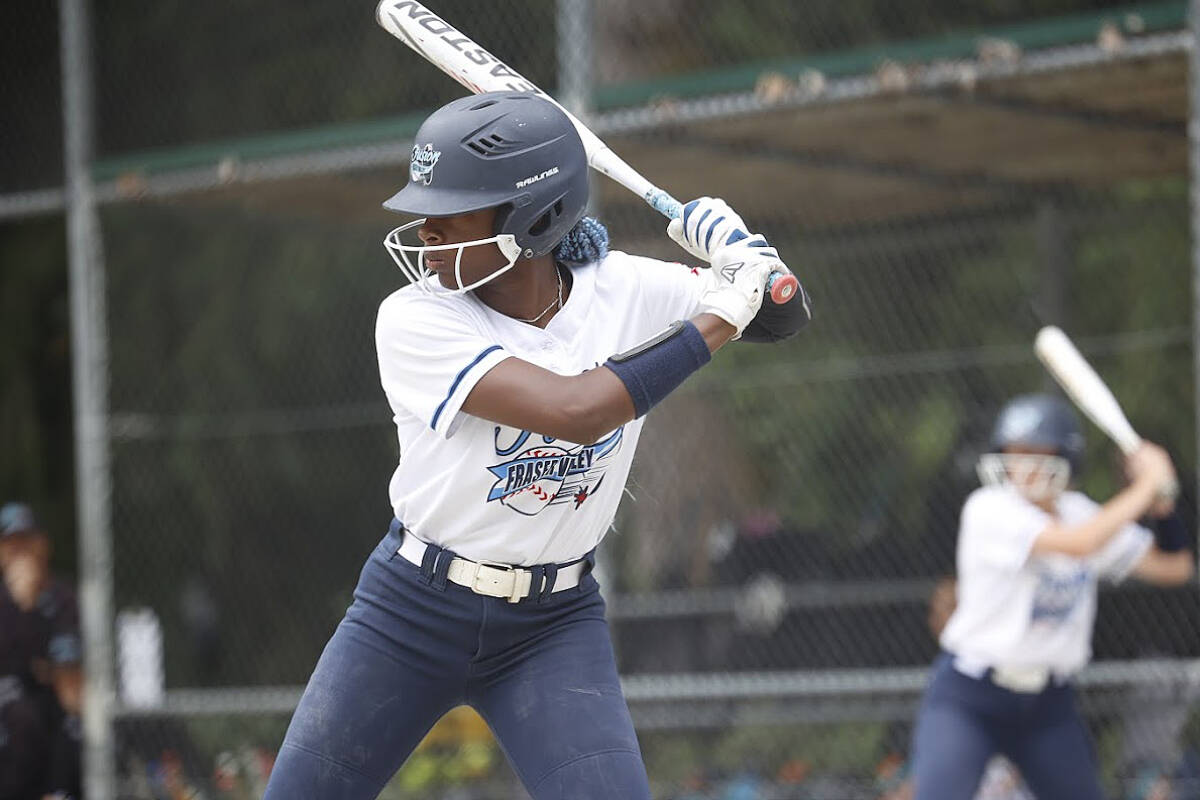 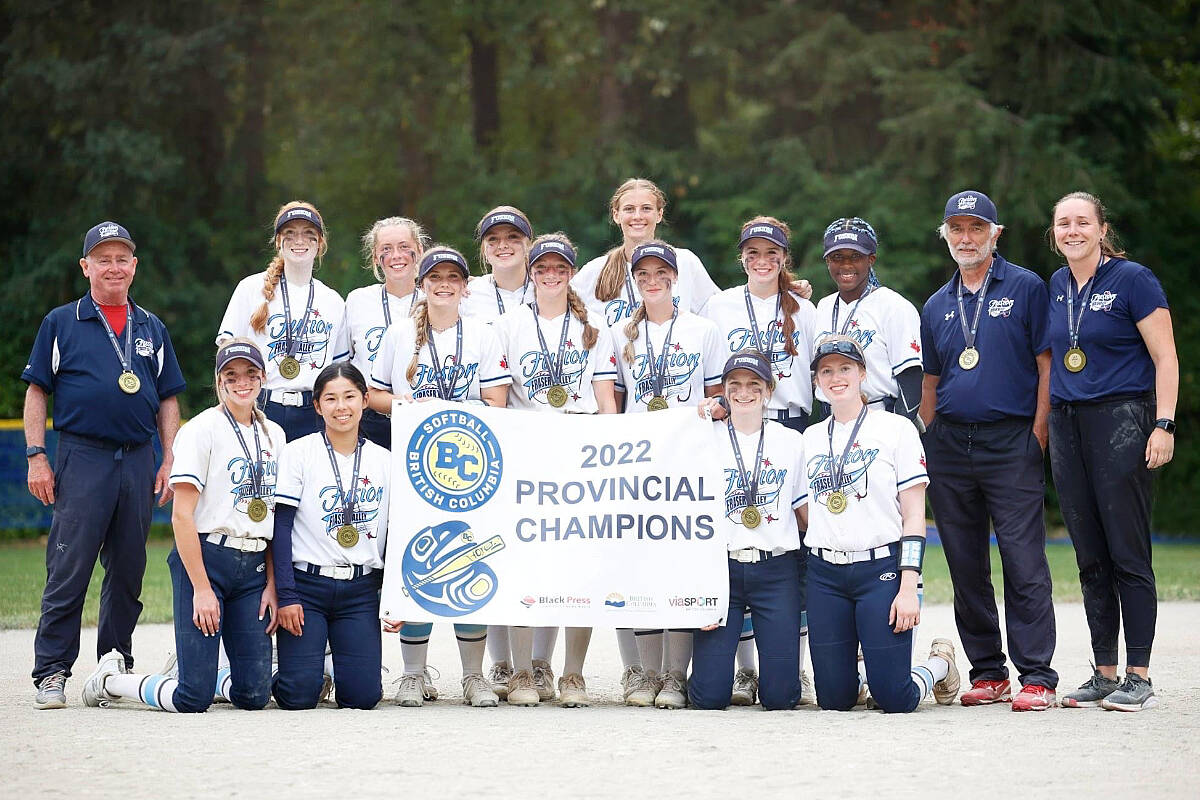 Fraser Valley Fusion 06 battled back from an injury-plagued season to take gold at the provincial U17A championship in Langley on Sunday, July 17. (Jennifer Reimer/Special to Langley Advance Times)

Thirteen teams from as far away as Victoria and Kelowna took part in the event, which ran from Friday to Sunday..

For the gold-medal-winning 06 Fusion, it was yet another comeback story, with the team falling 8-4 to the Langford Lightning in the double knockout semifinals, then avenging their loss with a 4-0 rematch victory over the same Lightning in the final.

“In March, all three of our pitchers were out,” Cameron explained.

“They’re grinders, these girls, they battled back.”

The playoff format of the tournament meant that the Fusion 05 and Fusion 06 teams ended up playing against each other to decide which team would take bronze, and which would go on to the gold medal event against Langford.

That game ended with a 7-2 victory for the 06 team and a bronze medal for the 05 players. 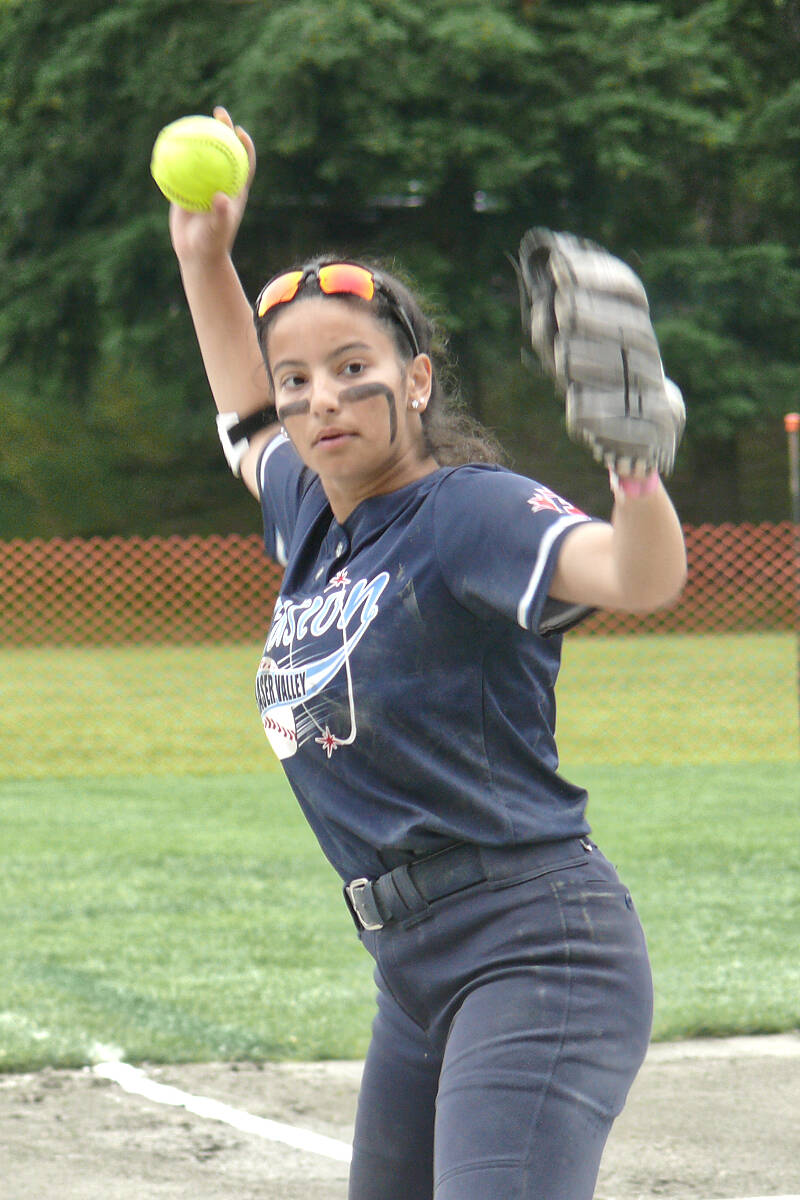 In the first inning of the final, Fusion 06 scored three runs.

It remained a 3-0 game until the top of the 7th, when Fusion 06 scored their fourth and final run on a sacrifice fly.

Two Fusion pitchers combined to throw a shutout. Jordyn Ruppel surrendered zero runs on two hits over three and a third innings, walking zero, then Morgan Reimer came in to relieve, throwing three and two-thirds innings to finish the game.

Jeff Clegg, president of Langley Fastball Association, the host of the event, said the 06 comeback “was a real testament to their skills and determination. They had a great show.”

Clegg told the Langley Advance Times the weekend championships went smoothly thanks to the work of a “great team of individuals who put in the effort to make it successful.”

“A big shout out to all the volunteers, [including] tournament director Kathy Weston, Softball B.C. reps Deb and Liz, umpire-in-chief Paul Muirhead, our fielders Mac and Ryan, and the families of our host Fusion 05 and 06 teams,” Clegg said.

READ ALSO: Langley fastball players back for a new season