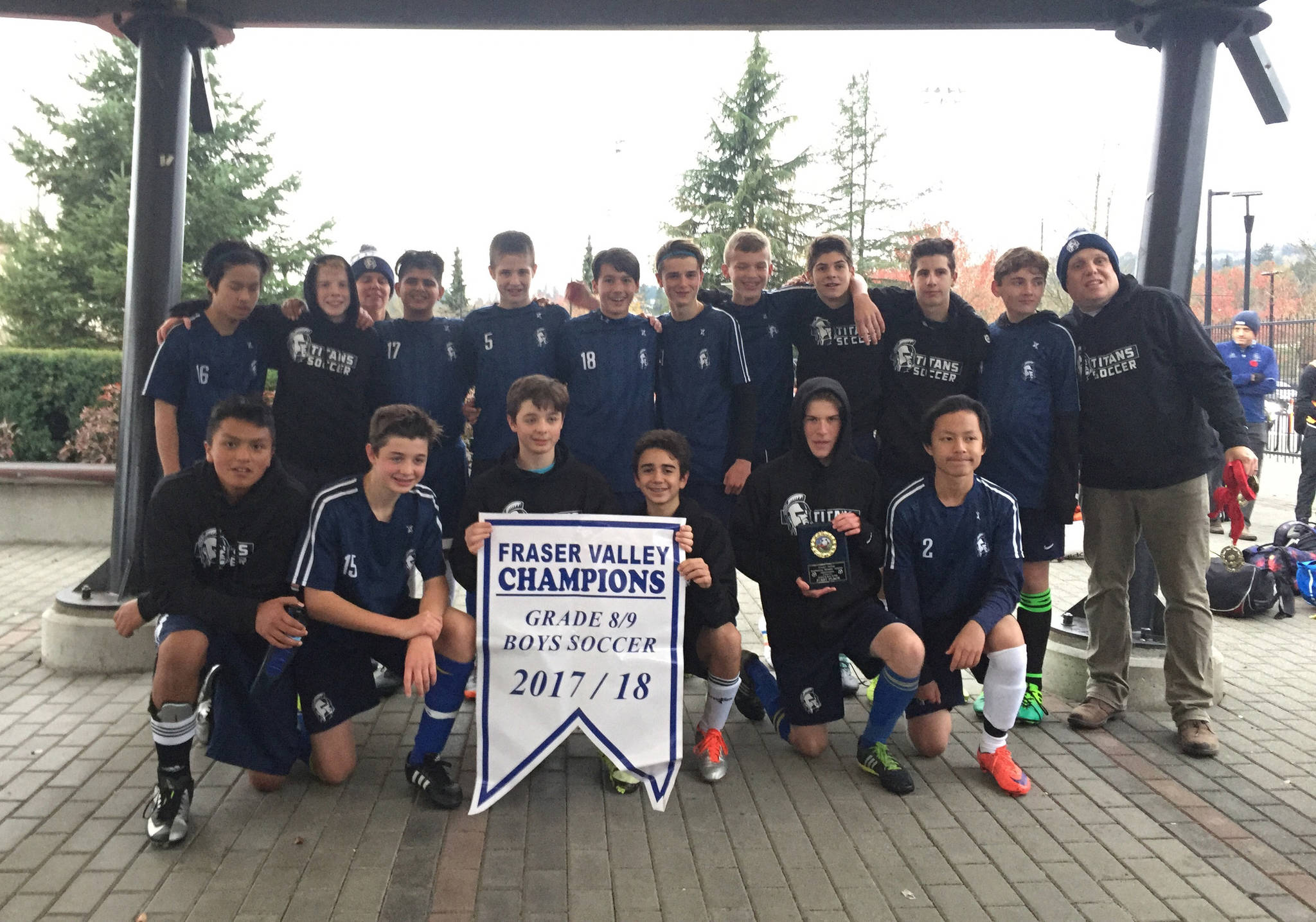 The Langley Fundamental Titans have reached the summit of their Grade 8/9 boys soccer season.

The program’s first ever Fraser Valley championship victory last Thursday afternoon over the Fleetwood Park Dragons caps a season that saw the Titans only lose once all year.

“This is it,” Titans coach Peter Ladefoged said. “This is as far as they can go.”

The road to Valley gold was paved with a few challenges — arguably the biggest of which came from the Dragons, who the Titans edged 4-3 in penalty kicks in the Nov. 9 finale at Coquitlam Town Centre.

While the Titans also needed penalty kicks to get by Surrey’s Queen Elizabeth Royals by a 3-2 score in the Valley quarter-final on Nov. 2, Ladefoged said the Dragons presented the stiffest test of the season.

“We lost one game this year, but this was the toughest team we played,” Ladefoged said.

Aaron Schurch scored the Titans’ second and third goals of regulation time, as well as the penalty winner.

The Dragons rallied with two unanswered goals, including one off what Ladefoged described as a “controversial penalty” to take a 2-1 lead.

Schurch scored two goals in rapid succession but the Dragons tied the game late to take it into extra time.

Neither team could find the net in extra time so the Valley championship was decided by penalty kicks.

Ladefoged thought the Titans had a “pretty good chance” at winning the Langley district championship “but we really weren’t sure what we were going to face in the (Fraser Valleys).”

Tayler Roxburgh was solid in goal for the Titans in the Fraser Valley gold medal game.

Roxburgh not only played goal at times, he was Langley Fundamental’s top scorer during the season.

“He played both,” Ladefoged said, about Roxburgh.

“We struggled this year with goalkeeping.

“We didn’t have anybody who had played regularly in goal.” 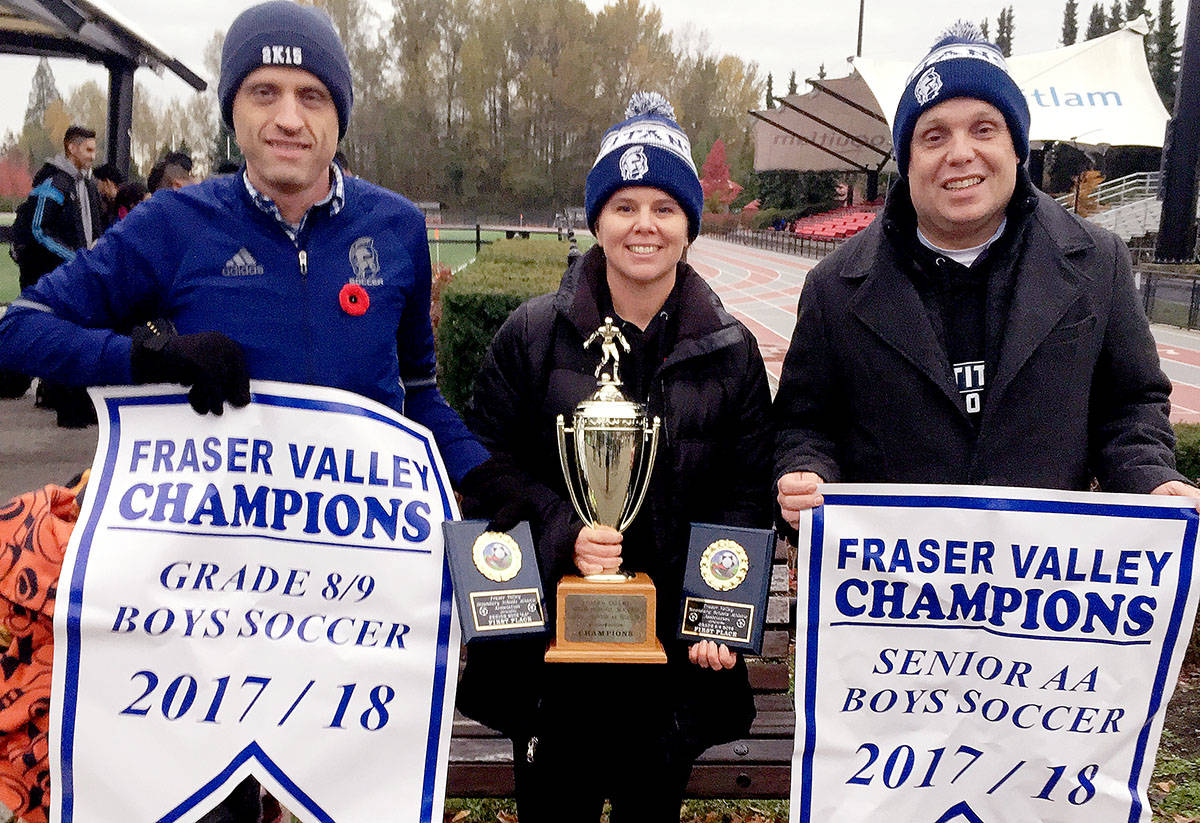 Langley’s Kemper ready to run with the Antelopes