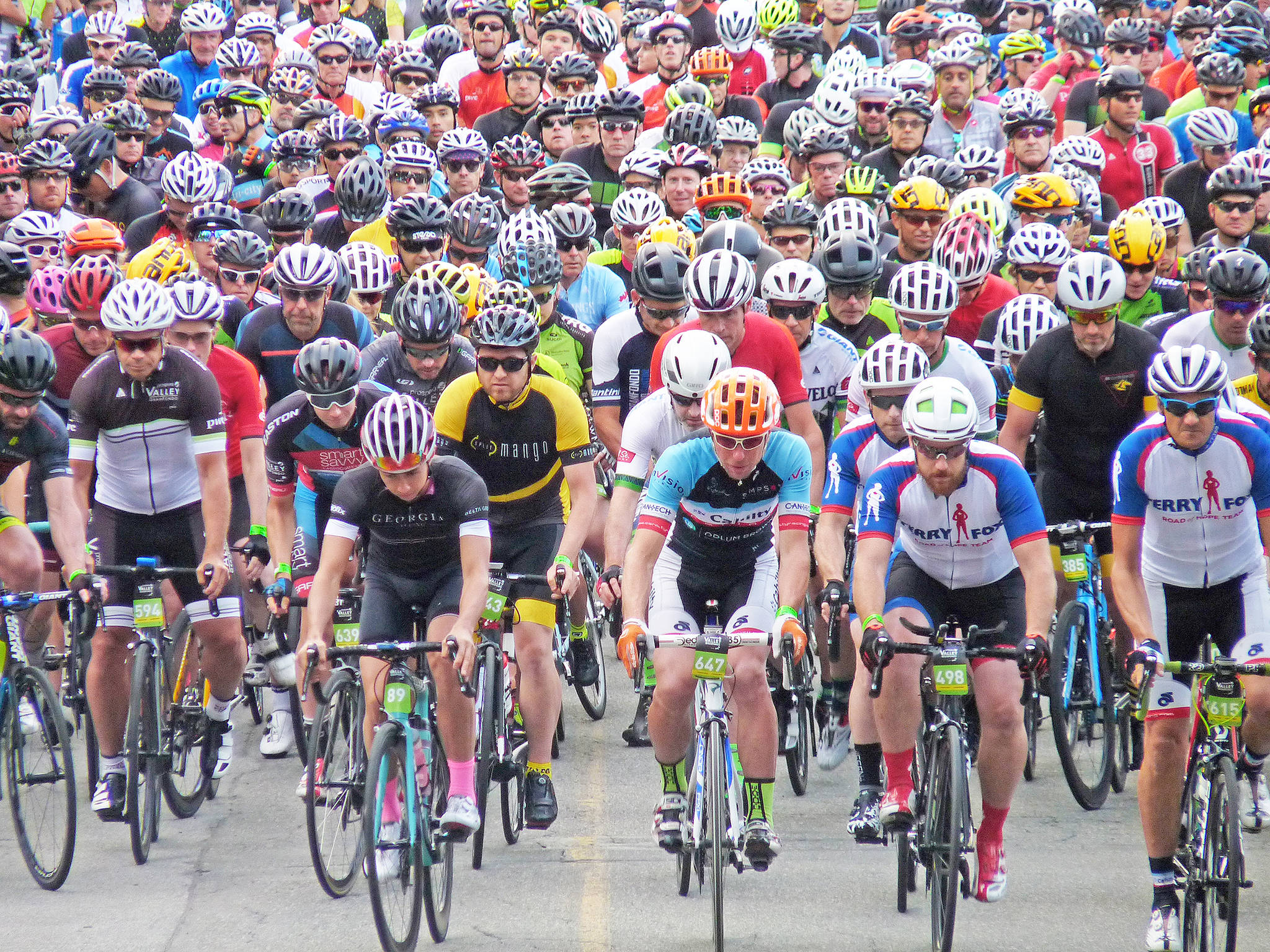 That’s about as big as the annual ride needs to get, event director Marc Campbell said.

“We’re right around where we typically are,” Campbell told The Times shortly after the last rider departed.

Because Fort Langley is a small community and the parking is limited, that is the maximum number of participants, Campbell said.

“We want to keep it intimate,” Campbell said.

“We’re not looking to to grow too big. If we can pay our bills and donate to our charities, then we’re all good.”

The event has raised about $25,000 every year for charity, but this year could be above average thanks to London Drugs Ride for Hope which raises funds for Canuck Place Children’s Hospice.

Campbell said there is a lot of support for Canuck Place, which provides care for newborns, children and teens living with life-threatening illness and their families.

The GranFondo, which has three routes for riders ranging from seasoned cyclists to novices: the 50-km PrestoFondo, the 88-km MedioFondo and the 160-km GranFondo.Each ride begins and ends in Fort Langley and takes riders through the scenic Fraser Valley. To All Proceeds from the event go to youth cycling programs in BC including Cycling BC’s iRide School Program, DEVO, Global Relay Bridge the GAP, and the London Drugs Ride for Hope.

The day before the GranFondo, kid’s events were held at the Langley Events Centre, for young racers with categories that included “Two Wheelers 6 and under” and “Two Wheelers 7-9.” 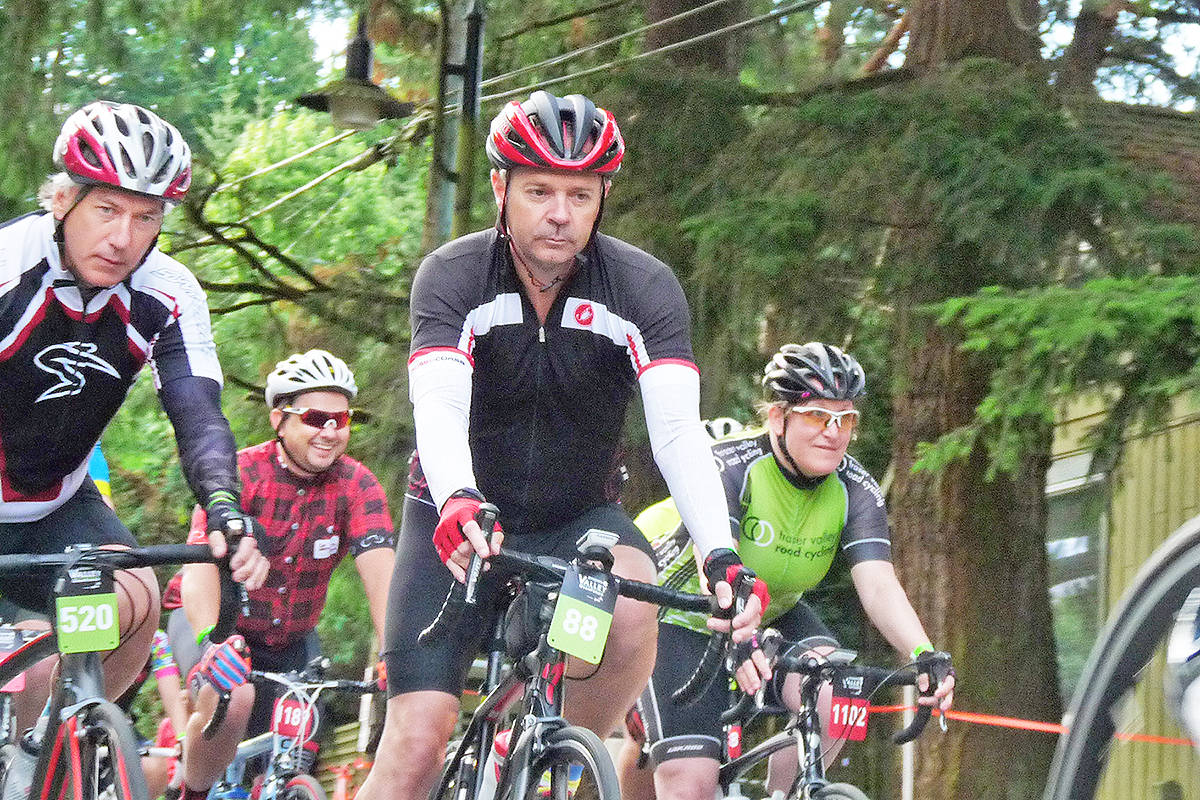 Some of the 1,500 riders who took part in the 2017 prospera Valley GranFondo in Fort Langley. Dan Ferguson Langley Times 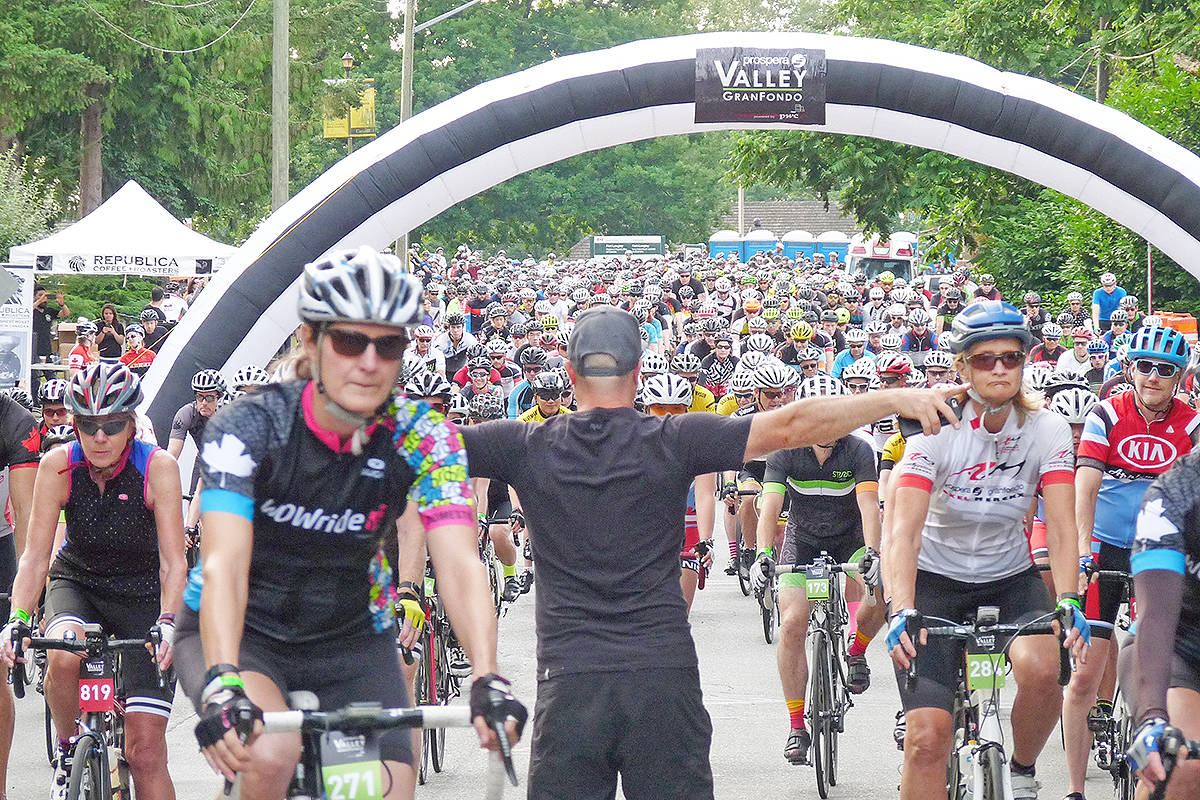 A race organizer gives riders their direction of travel at the start of the prospera Valley GranFondo. Dan Ferguson Langley Times 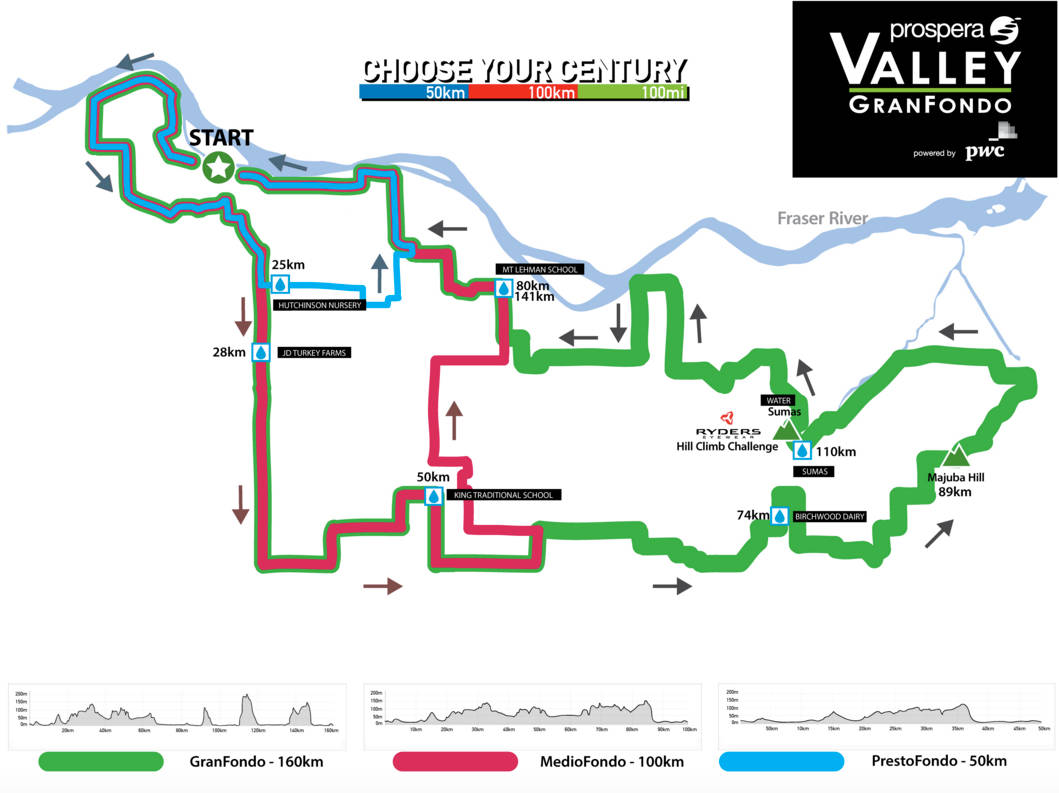