Grizzlies got into the history books on Saturday night, Dec. 11, as winners of the inaugural Arena Lacrosse League (ALL) West Division game in Langley.

Grizzlies scored three times with the man advantage while their goaltenders combined to stop 43 of 48 shots in their team’s 13-5 win over the Black Fish as the ALL debuted their new four-team division at Langley Events Centre.

The teams scored twice in the first 3:30 and took a 2-1 lead after one quarter before breaking the game wide-open in the second period with three straight goals and a 5-2 lead at the break. The three goals were as close as the Black Fish would get as they fell behind 11-3 early in the fourth quarter before the teams each scored twice to close the game out. 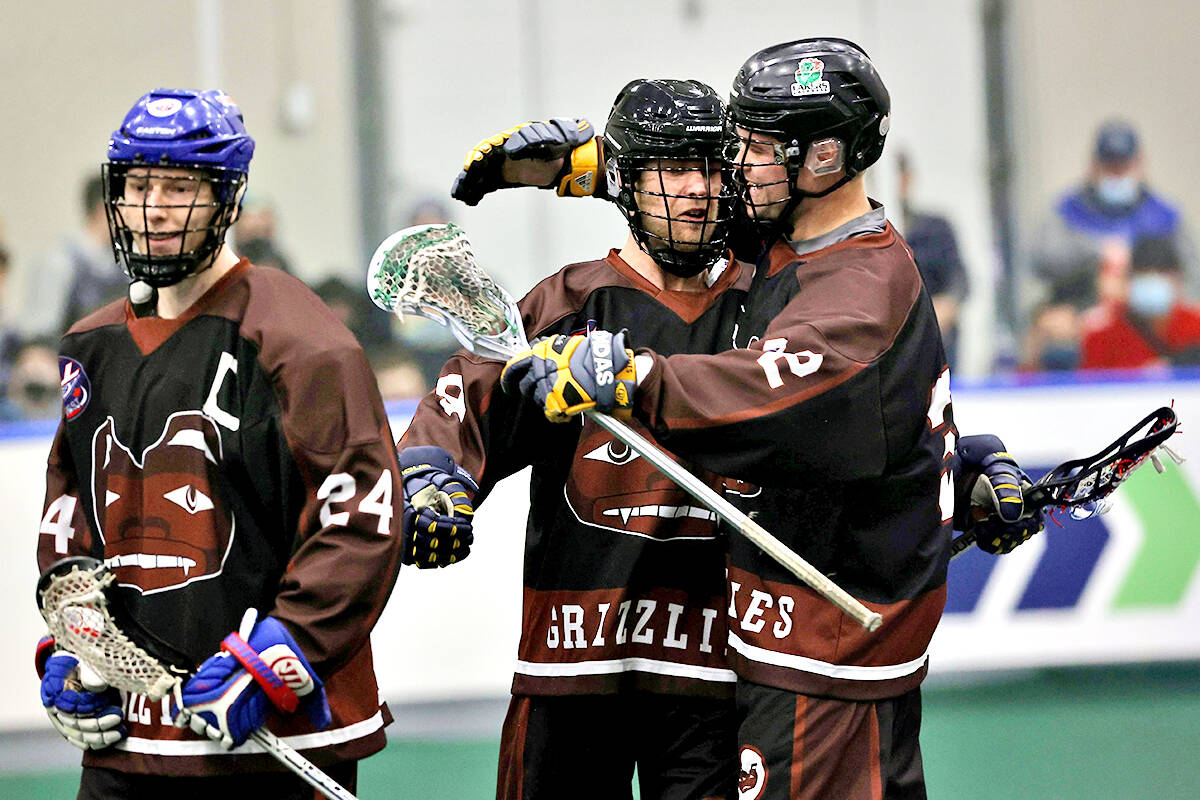 Grizzlies scored three times with the man advantage while their goaltenders combined to stop 43 of 48 shots in their team’s 13-5 win over the Black Fish as the Arena Lacrosse League debuted their new four-team West Division at Langley Events Centre. (Garrett James, Langley Events Centre/Special to Langley Advance Times)

Grizzlies head coach Rob Williams said his team’s speed and defensive system were the keys, as was the fact the players they drafted delivered what they expected.

“Our guys bought into (our plan),” he said. “And I just liked the job my brother (Ryan) and Brian (Borkowsky) did in the draft. We got all the players we wanted and it worked out tonight.”

Black Fish coach Rod Jensen liked his team’s start, noting that they hit the cross bar twice in the early going, but ultimately, too many penalties contributed to the loss.

“You can’t win a game when you are in the penalty box that much. Quite a bit was on us. We had three too many men … in the WLA that is just a change in possession and here it is a penalty. And in this type of league, if you are in the box, you are going to get scored on,” he said.

The Grizzlies are next in action on Saturday, Dec.18 at 6 p.m. when they face the Shooting Eagles while the Black Fish face the Sea Spray on Dec. 19 at 6 p.m.

To learn about the league, visit www.arenalacrosseleague.ca.