“The night before, I couldn’t get any rest,” Diego recalled.

“I was tossing and turning.”

Heading into day three of the 2019 World Lacrosse Men’s Indoor World Championship in Langley on Saturday, Sept 21, No. 28 wasn’t losing sleep over the game.

It was about afterwards, when Diego was planning to propose to his girlfriend, Jessica Linstrom, who had come up from Texas to watch him play.

After several years together, Jessica said, “we were going to get married, but we didn’t know when.”

She had no idea it was about to happen.

Jessica, who describes Diego as her “best friend,” wore his number to cheer him on during the game, which ended with Mexico’s 18-7 loss to Slovakia at the Langley Events Centre (LEC) Fieldhouse.

Then, as she walked onto the field, someone with a microphone told her “I think Diego has something to ask you.”

Diego took the microphone and dropped to one knee.

“Jessica Linstrom, I want to be with you forever,” Diego said, producing the ring he’d kept hidden in his bag on the sidelines.

“Will you marry me?”

“I was like, oh my God, this is happening,” Jessica recalled.

“Si,” she said and kissed him.

Love was in the air following today's @mexicolacrosse game against Slovakia, as Diego Valenzuela popped the question to his girlfriend…… and she said yes! Congrats to them both! #WILC2019 pic.twitter.com/8gzLj5M94o

As they hugged, “Marry You” began playing over the arena speakers, with Bruno Mars singing “hey baby/I think I wanna marry you.”

“My family saw it live, because it was streaming [online],” Jessica told the Langley Advance Times.

“My mom said, ‘watching it made my heart melt.’”

Diego had been waiting more than a month to pop the question at the championships.

“Just hold off, hold off,” he kept telling himself.

When he revealed his plan to some teammates shortly after arrival in Langley, they decided to involve the LEC.

Gary Ahuja, manager, corporate communications and media at Ten Feet Sports and Entertainment Ltd. at the LEC, said they were “more than happy to help” when Team Mexico approached them

“Congratulations to the happy couple and we thank them for including our team in this joyous occasion,” Ahuja said. 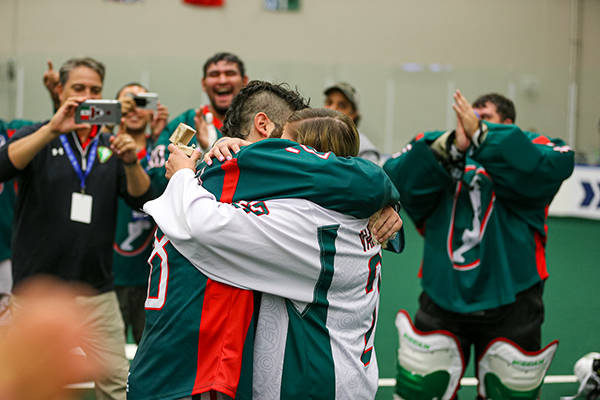 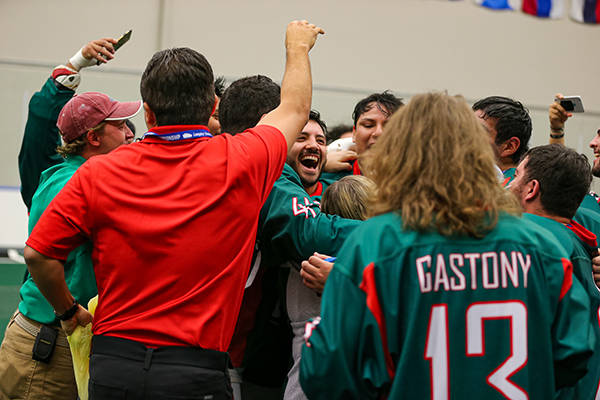