On Tuesday, June 15, John Reimer, owner of Body Smart & Fitness in Walnut Grove, will welcome back a limited number of clients for high-intensity workouts under phase two of the provincial restart, which eases some COVID-19-related restrictions.

It’s been a challenging time for Reimer, who could not operate in-person workouts at his 10,000 sq. ft. facility for several months during the “circuit” breaker lockdown ordered by the province in response to rising CIVID-19 cases.

“We’re running on fumes at this point,” Reimer told the Langley Advance Times.

While it might be easy to “flip the switch” back on, the future of his business depends on individual decisions by clients, and whether they are ready to come back, Reimer explained.

“We’re just taking it day-by-day and moment and moment. I can’t think week-by-week or month-by-month.”

Reimer has more than a little experience with life’s ups and downs.

As a teenager, when he started going to the gym to help manage his epilepsy, he went on to become a competitive powerlifter.

When a shoulder injury ended that career, he became a registered massage therapist, which is how he met his wife Deanna.

“Life was as it should be and the best was yet to come,” he recalled thinking.

Then, his son contracted viral encephalitis, and survived, but not unscathed.

“Once off life-support we learned one side of his body would be permanently impaired, there would also be cognitive and behavioural deficits, the full extent of which could not be known until adulthood,” Reimer described.

Four years later, when their cat ended up on the roof of their home, Reimer went up a ladder to get it.

“Just out of my peripheral vision I thought I saw something, and then I heard a thud,” Reimer related.

Their three-year-old daughter had leaned against a second story screen window to see, and fell out to the concrete below, landing on her head.

She was rushed to hospital by air ambulance with a skull fracture.

Now 11, she has made a full recovery and has her dad “wrapped around her finger,” Reimer remarked.

Body Smart Health began as a home-based massage therapy clinic in 2007 run by John and Deanna in Walnut Grove.

In 2013, they moved into larger premises in the Walnut Grove Commerce Centre.

Then, in 2019, they bought an established local gym and moved their clinic.

Reimer is grateful for his staff for sticking it out, and still believes the best is yet to come.

I’m at peace with what ever may come,” he commented, but doesn’t “feel that this is the end.”

He likes to say that “pressure creates diamonds or coal, irritation creates a pearl and heat refines gold.” 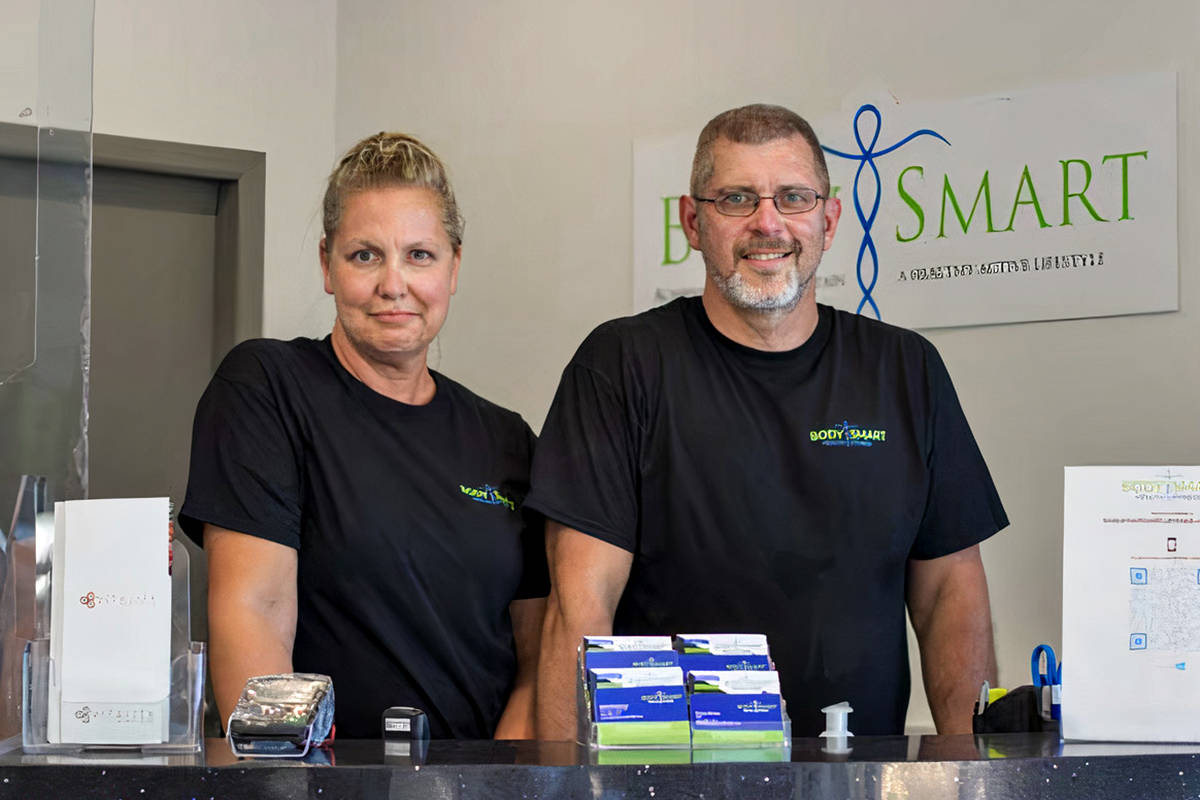