Hilary Howe led all players with 15 kills as the No. 1-ranked Trinity Western Spartans took a three-set victory over the Regina Cougars on Saturday, Jan. 4 to complete a weekend sweep at the the U of R campus.

Most of Howe’s kills came when TWU needed them the most. After handling the Cougars easily on Friday night, Regina came out battling and the first set featured 14 tie scores and eight lead changes. But the Cougars couldn’t stop Howe, who piled up nine kills with her last coming on set point and giving the Spartans a 25-23 win.

Trinity Western didn’t trail the rest of the way, taking a 25-16 win in the second and hitting .324 as a team in the third set while clinching the match with a 25-14 victory.

The win improves the Spartans Canada West-leading record to 13-1.

Besides Howe’s 15 kills, Trinity Western also got eight from Langley’s Avery Heppell. Heppell had no errors on 10 attacks, giving her a blistering .800 hitting percentage while also chipping in defensively with five blocks. Olivia Heinen (Abbotsford, B.C.) added 24 assists and a match-high 14 digs for TWU.

Regina (2-12) got a nine-kill, eight-dig performance from Jessica Lerminiaux while Sierra Parris-Kruger had a team-leading 11 digs and Elizabeth Tooth dished out 26 assists.

TWU Head Coach Ryan Hofer said the Regina they played was “the Regina that we were expecting.”

“They responded really well and we saw some really good volleyball out there,” Hofer commented.

“Hilary was a force tonight.”

Next up, Trinity Western will now prepare to host a Mount Royal team that’s currently ranked No. 5 in the nation and sits in second place in the Canada West standings.

Those matches are slated for Friday night (6 p.m.) and Saturday afternoon (3 p.m.) at the Langley Events Centre. 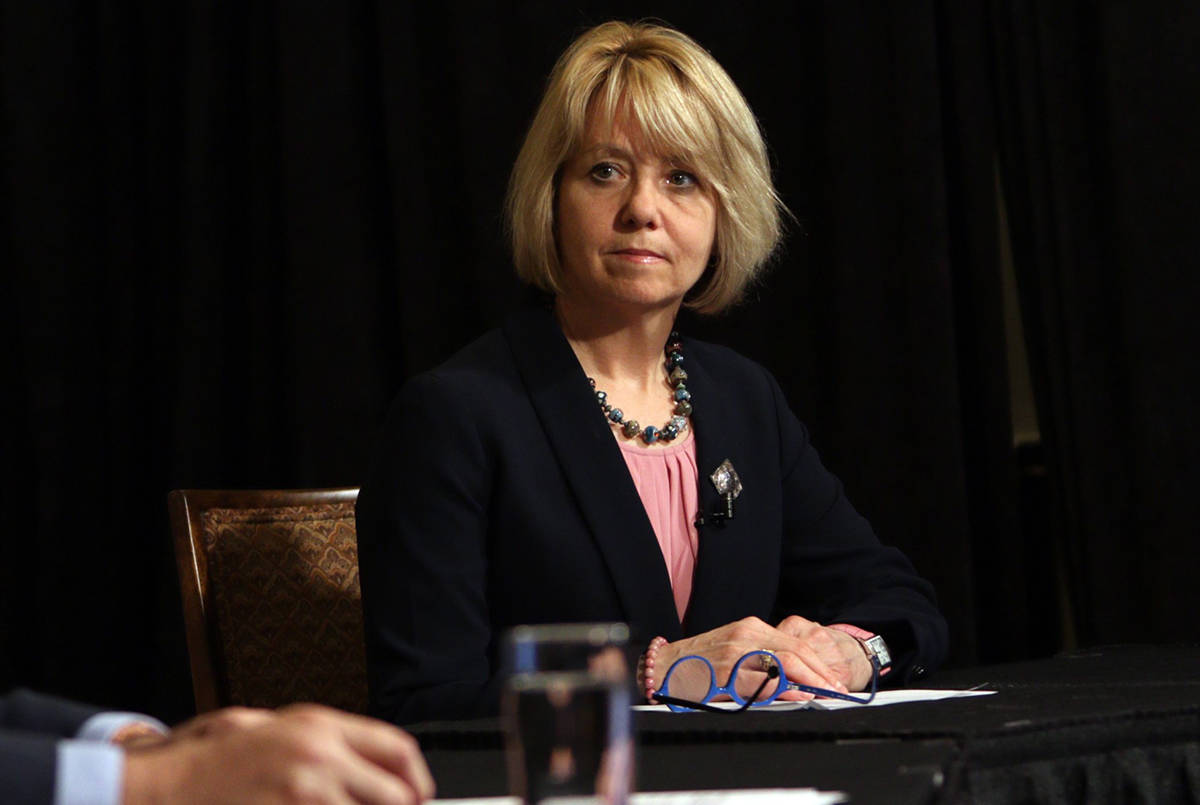 B.C. First Nation adopts Dr. Bonnie Henry, names her ‘one who is calm among us’