Three athletes, three positions, but one common goal: displaying their gridiron skills in one of the world’s top football stadiums.

That is exactly what three young men from Langley were up to last week.

The trio of Ethan Bernardin, Luke Chalk and Kevin Morrison were part of the Team BC roster which took on some American competition at the 2018 International Bowl in Arlington, Texas.

The team went 1-1 against their American competition, playing both games at AT&T Stadium, home of the NFL’s Dallas Cowboys.

A similar theme for all three is that none of them grew up dreaming of playing football and all are relatively new to the sport, with less than a handful of years of game experience under their belts.

In fact, Bernardin’s introduction to the game came courtesy of the Seattle Seahawks.

Prior to donning shoulder pads and a helmet, Bernardin primarily played ball hockey and swam.

So what prompted a change from non-contact sports — especially swimming — to football?

“I told myself if the Seahawks win the Super Bowl, I am going to play football,” he recalled with a laugh.

And sure enough, Seattle did that, routing the Denver Broncos in Super Bowl XLVIII four years ago.

Being a man of his word, Bernardin joined the North Langley Football Association and hasn’t looked back.

“It was a big adjustment but after a few games, I got it and I was good to go,” he said.

Bernardin is a five-foot-eight, 174-pound running back, describing himself as a shifty, scatback-type player.

What drew him to football especially was the team aspect of the game, how so many moving parts have to come together with all the players doing their role, for a play to be successful.

At six-foot-six and 275 pounds, Morrison looks the part of a football player.

But he didn’t join North Langley’s community football organization until he was 11 or 12, when a friend convinced him to come out.

Up to that point, Morrison had focused his attention to karate, a sport he began in the first grade.

Football was love at first snap.

“The second I played a game, I knew this is what I wanted to do,” he explained.

“This may sound bad, but I hit somebody and they fell on the ground and that’s just what I liked.”

Chalk also has about four years of experience under his belt. He came to the sport after doing a variety of others, including track, basketball, volleyball and baseball.

“I did a lot, but football really clicked with me, it was my passion,” he explained.

“Right when I got on the field, I just felt more natural at it than any other sport.”

Initially, Chalk figured he would be a defensive back, but soon found success on offence as a receiver, able to use his athleticism to juke out would-be tacklers.

In addition to being teammates for the International Bowl, the trio all played for the North Langley Kodiaks, playing integral roles in helping the squad win the B.C. Community Football Association midget provincial championship.

“All three are hardworking dedicated players that have the potential to play at any Canadian university,” said Kodiaks coach Chad Henderson.

“(Luke) has amazing speed and great hands, (Ethan) is one of the best running backs in the Lower Mainland for his age group and (Kevin) is a big, strong and skilled lineman.”

And all three want to continue playing football beyond high school.

Chalk, a Grade 12 student at Walnut Grove Secondary who turns 18 on Jan. 27, is weighing his options, whether that be another season of midget, junior or perhaps landing with a university.

“(The International Bowl) was a great experience to show me where I am at and what I need to improve on,” he said. “Also it gave me a drive to get better just being in that atmosphere of competition.”

Bernardin, a 16-year-old Grade 11 student at R.E. Mountain Secondary, said making Team BC was a big goal since he knew there would be loads of scouts and college coaches from both sides of the border evaluating the players. He called himself fortunate to have made the team, especially considering he didn’t feel he had the best tryout, in his opinion.

“It was an intense experience, an invaluable experience,” he said. “The different skill level confirmed that football is just as much a mental sport as it is physical.”

Morrison, also 16 and a Grade 11 student at D.W. Poppy Secondary, didn’t mince any words when describing the opportunity to take the field at the International Bowl.

“In short words, this could define my future,” he said.

“It was a great experience … and a lot of fun to do battle with the U.S. players.” 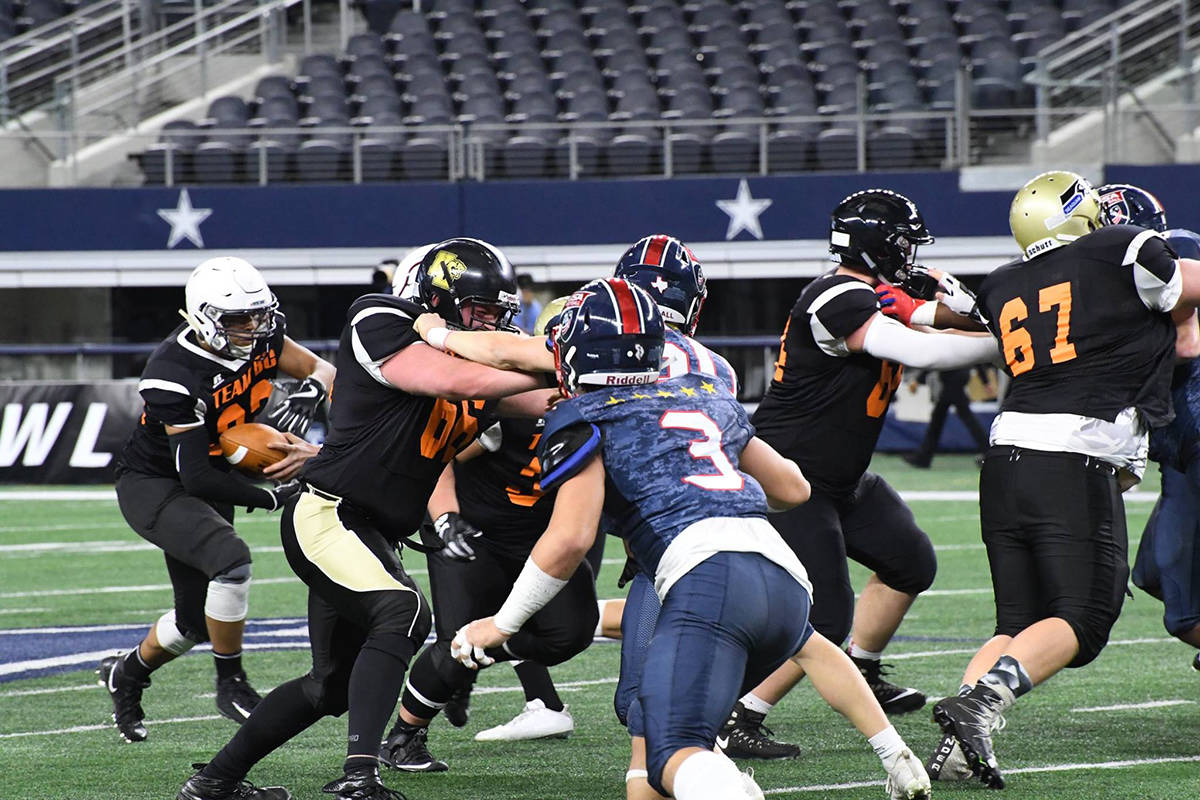 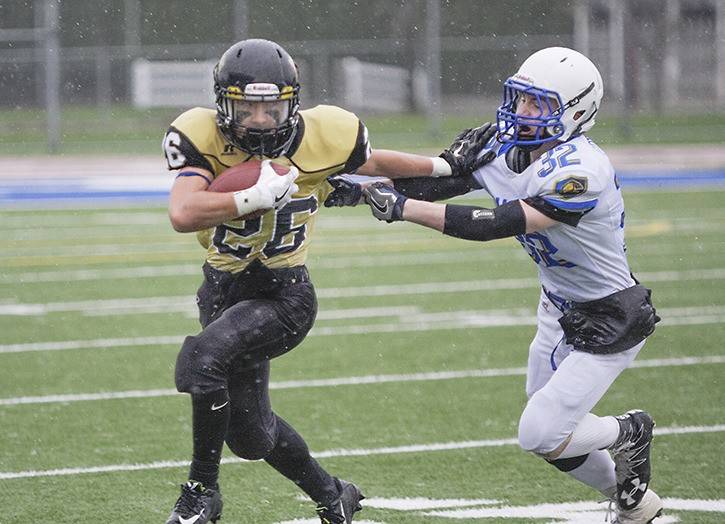 Ethan Bernardin fends off a tackler during bantam action in 2016. File photo 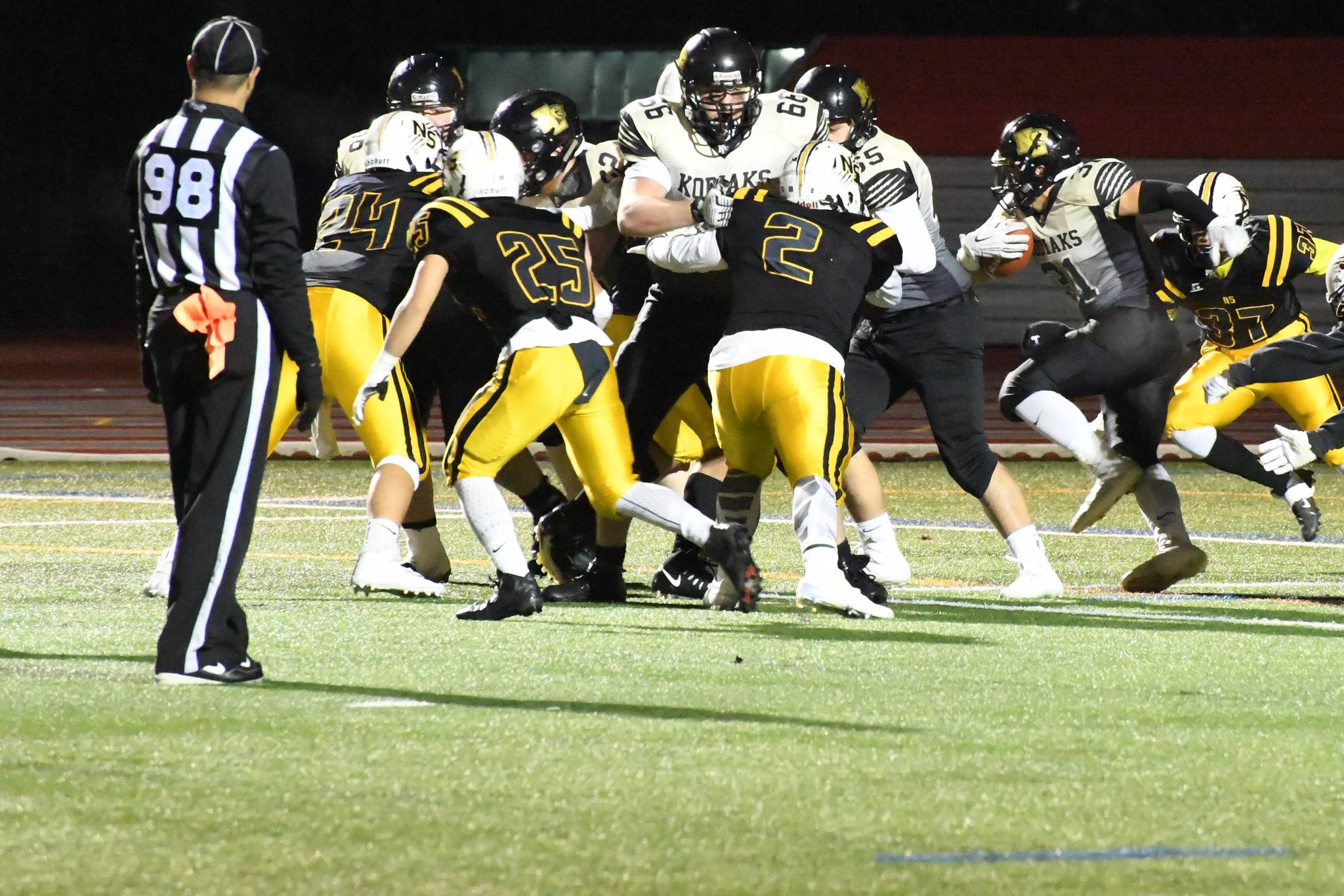 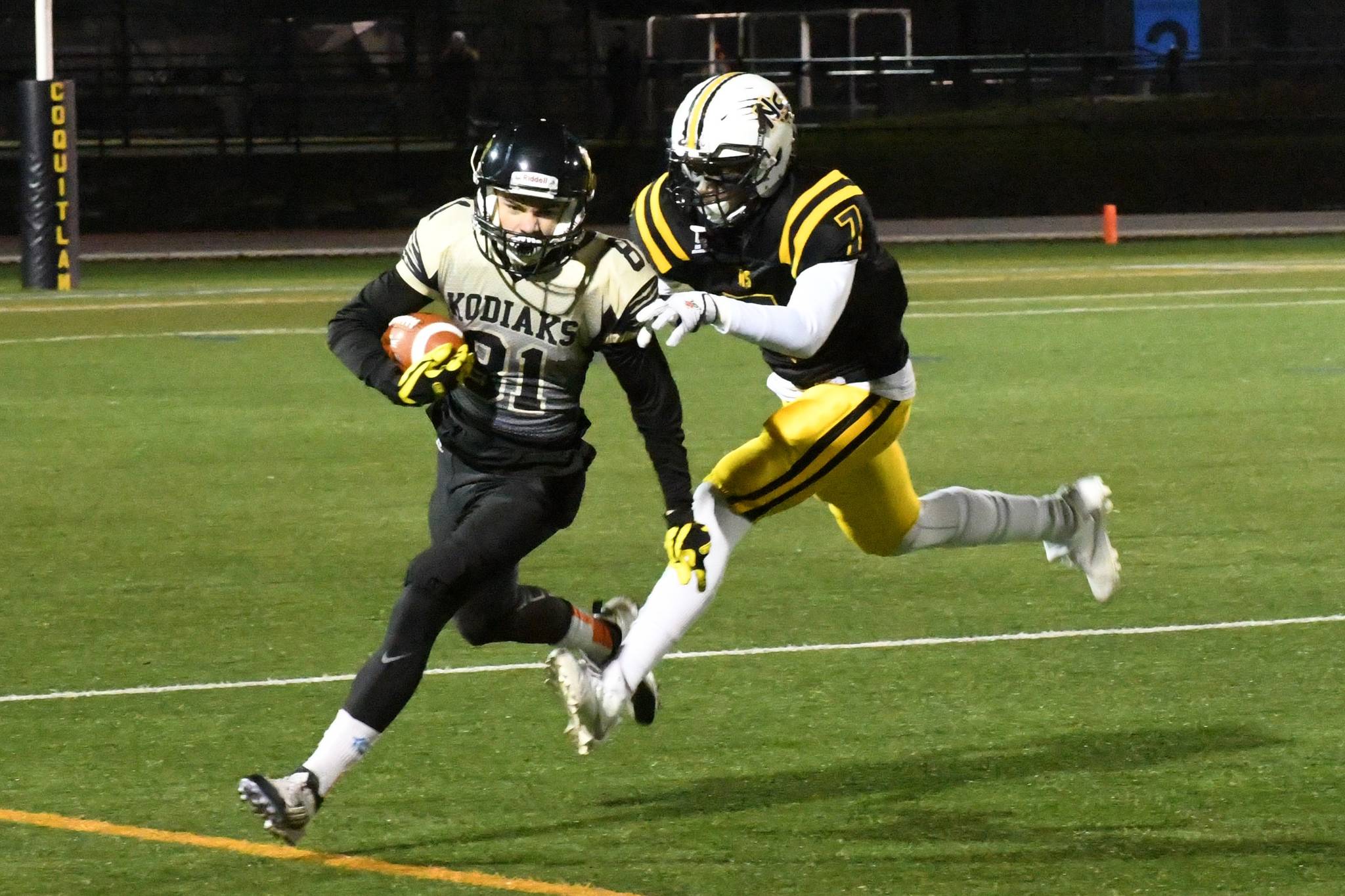 Clash at the Cascades hits 50 bouts in Langley

Canada prepared to monitor for community spread of COVID-19: Tam

The U.S. confirmed one case of the new coronavirus, or COVID-19, in California Thursday