Vancouver Giants have picked up some new talent in the 2022 Western Hockey League prospects draft held Thursday, May 19 – including a female player and a Langley forward.

With their final selection of the first round, the Vancouver Giants selected 2007-born Langley-born Jakob Oreskovic.

The 5 ft. 11 in., 146-pound left-shot forward appeared in 28 games with the Delta Hockey Academy’s U15 prep green program. There he managed 19 goals and 27 assists for 46 points. He added eight penalty minutes. Oreskovic also suited up in five playoff games, where he amassed one goal and two assists, said the G-Men’s general manager Barclay Parneta.

“Jakob brings size and skill, and he’s going to compliment our first two picks really well. Our scouts have watched him a lot this year, and we like his character, size and his skill set,” Parneta said moments after the selection.

Oreskovic was sitting in a hotel room with his dad when he heard the news about his selection.

“I am super excited to be part of this great organization,” he said.

Oreskovic became the third forward and the second B.C. born player chosen by the Giants on Thursday.

In round 13, the Vancouver Giants made the history.

With their final pick, the Giants drafted 2007-born defender Chloe Primerano. Primerano, who hails from North Vancouver, is the first female skater ever selected in a Canadian Hockey League prospects draft.

Also drafted in the first round were Cameron Schmidt and Aaron Obobaifo.

Schmidt, another 2007-born forward, was born in Prince George.

The 5 ft. 8 in. forward played last season with the Rink Hockey Academy Kelowna U15 program. In 13 games he managed 25 goals and 16 assists for 41 points along with 38 penalty minutes, noted Daryl Anning, the Giants scouting director.

In another selection, Giants had their eye on Calgary-based Obobaifo. To make the selection with pick #19, the Giants completed a trade with the Saskatoon Blades which sent away pick #21 and pick #70 in Round 4.

That season he recorded 44 goals and 47 assists for 91 points and 36 penalty minutes.

He played in six games during the previous season with the Edge Hockey Academy in Calgary, posting six goals and five assists for 11 points.

“Aaron is a great two-way player. He’s a strong skater, competitive, has good hands and great finish around the net. He finished second on his team in scoring and our fans are going to notice his work ethic right away,” said Vancouver Giants head scout Terry Bonner.

In the third round, Giants picked Victoria’s Colton Alain. A 2007-born defenceman Alain scored 16 goals and 16 assists for 32 points in 20 games. In round six, the Langley-based team welcomed goaltender Burke Hood of Brandon, Man.

Also drafted was Liam Magnuson of Alberta in round seven.

The fourth forward and fourth B.C.-born player drafted by the Giants on Thursday was Simon Ward, from Trail. Matson Waring, who was selected in round 10, was the third defenceman snapped up by the Giants.

Cade Bolding of Alberta became the fourth defenceman named. He was selected in round 11. In Round 12 with pick #246, the Vancouver Giants plucked 2007-born forward Markus Lamb, from Burnaby. 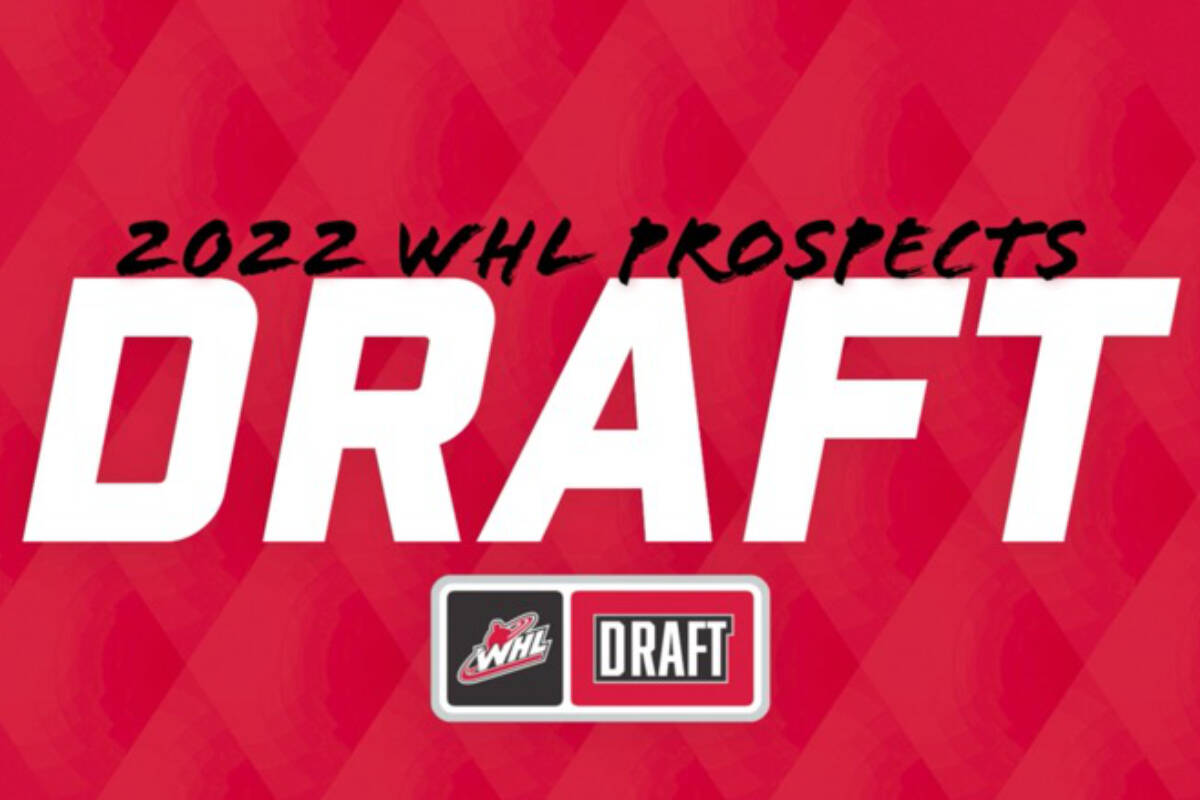 The Vancouver Giants picked up 13 players in the WHL Prospects Draft this year. (WHL photo)