Russell Young drove in a pair of runs as the Langley Junior Blaze grounded the Abbotsford Junior Cardinals 7-4.

The teams were playing at McLeod Athletic Park on Wednesday night with the win improving Langley to 2-1 in BC Junior (16U) Premier Baseball League action.

After Abbotsford cut Langley’s lead to 3-1 in the fourth inning, Young delivered a two-run triple as part of a three-run inning and those runs turned out to be the margin of victory.

Haiden Letzing also had an RBI double while Loreto Siniscalchi went 3-for-3 with an RBI.

The Junior Blaze got their season going over the weekend with a split against the North Shore Junior Twins on Saturday.

Langley used a four-run fourth inning to break open a 1-1 tie in the opener on Saturday at McLeod Athletic Park.

Caleb Kaufmann and Letzing each drove in a pair of runs while Owen Halstrom and Jaedon Lamothe had an RBI apiece.

The Twins made it a one-run game heading into the final inning and had the tying run on second base but Letzing came on to get the next three outs for the save.

Caden Welch picked up the win, scattering six hits over five innings but only allowing one run.

Carson Chorpita had the lone RBI in game two as the Blaze fell 4-1, stranding eight base-runners.

Langley hosts the UBC Jr. Thunder at McLeod Park tomorrow (Saturday) in a doubleheader with games at 10 a.m. and 12:30 p.m. 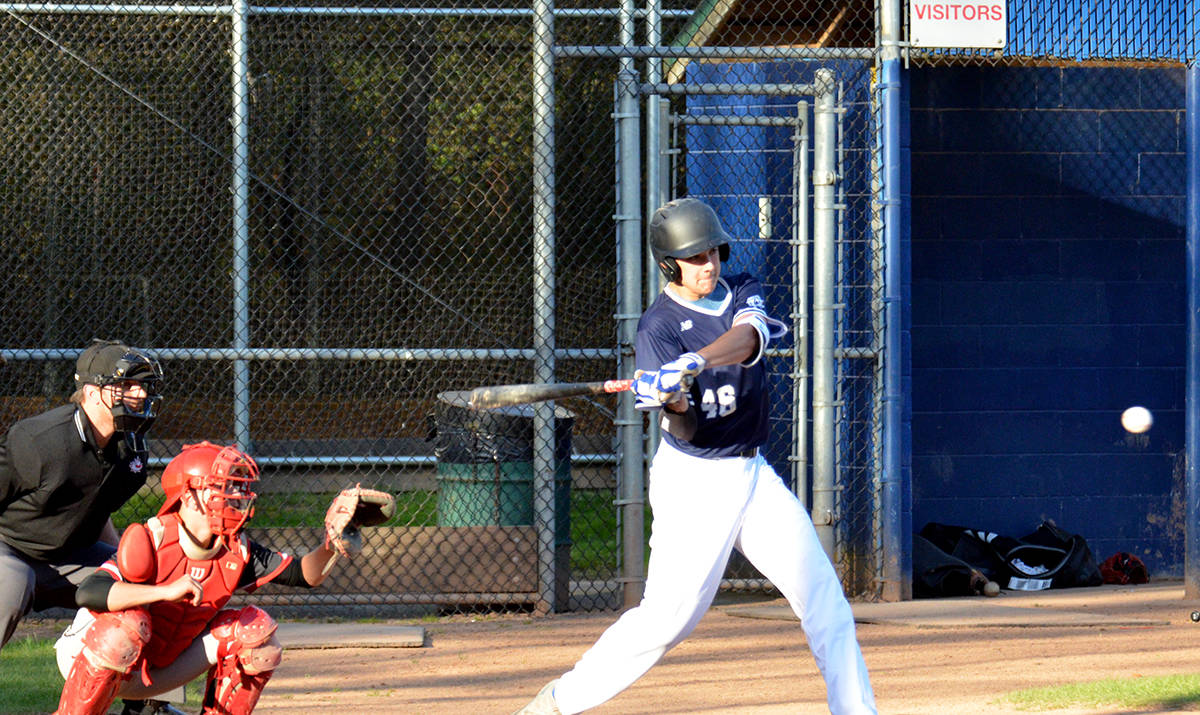 Langley cheerleaders climb their way to the Summit