Through their first three games, the Mount Baker Wild were averaging 60 points per game. And keep in mind, this is at the junior level, where the games are 32 minutes rather than the 40-minute games at the senior level.

“I was really frightened by Mount Baker after watching them play two games,” admitted Walnut Grove coach Grant Inkster. “I thought we were going to be in serious trouble but they never had a free look at a shot all game. They never looked in rhythm.”

The Gators raced out to a 13-4 lead after one quarter and never let the Wild within 10 points on their way to a convincing 51-19 victory on Friday night at the Langley Events Centre.

The top-seed Gators were playing the No. 12 Wild in the first semifinal at the junior girls basketball provincial invitational championships.

Walnut Grove will play either the No. 3 Yale Lions or the No. 15 Fraser Heights Firehawks in the gold-medal game on Saturday (March 3) at 1 p.m. on the LEC’s Centre Court.

And the Gators defence played a huge role in the victory.

“I think every coach probably does this but we really try and sell our girls on playing defence,” Inkster said. “If you are relentless and you understand how to help each other and the concept of team defence … and I think tonight was one of those nights, we just bought into that.”

Rebounding was also a key especially against a Wild squad who boasted two players six-feet or taller and another three five-foot-ten or five-foot-11.

Inkster said the message from the coaching staff was that it was imperative the Gators got position because if it turned into a reaching game for rebounds, his Walnut Grove squad would be in trouble.

“For some reason, they got sparks in their back side or whatever, but we dominated the offensive boards and the defensive boards in the first half,” he said.

“I think our desire to the ball was greater than theirs. Whether it was a rebound, a loose ball or an errant pass we just wanted it more.”

Leading the way was Walnut Grove’s player of the game Holly Harrison who finished with 13 points and probably even more rebounds.

“Being able to get those rebounds afterwards, we just kept getting opportunities and eventually they went in,” she said.

“The energy from our bench really transferred onto the court,” she said. “We were really pumped up for this game.”

Walnut Grove had added motivation as less than two hours earlier, the Gators senior girls team had punched their ticket to the championship final of the girls AAA tournament.

“It really helps motivate us because we want to live up their legacy, we want to make Walnut Grove proud like they do,” Harrison said. 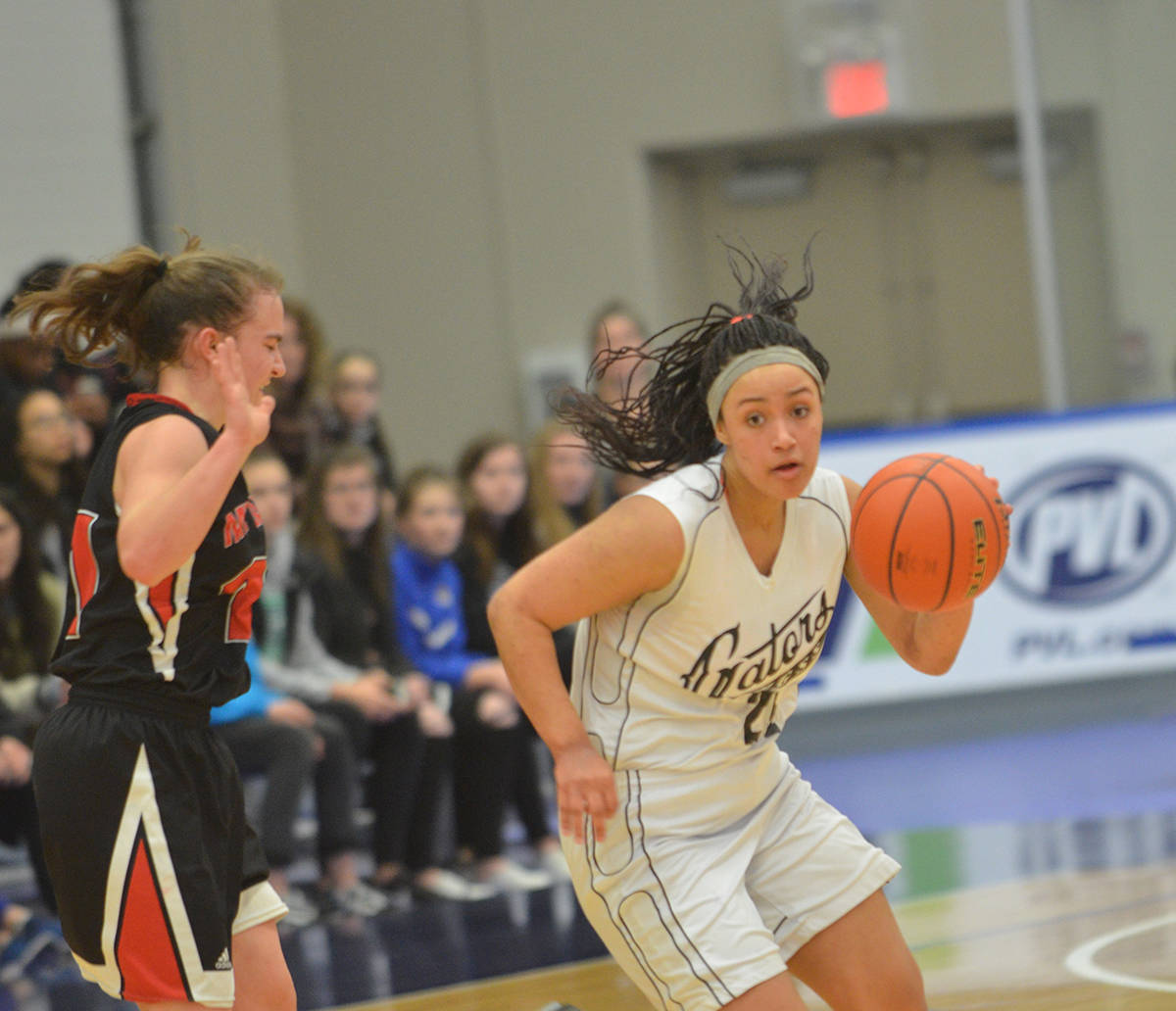 Walnut Grove Gators’ Amara DePradine against theMount Baker Wild during semifinal action. The Gators will play for gold after a 51-19 win at the Langley Events Centre. Gray Ahuja Langley Times 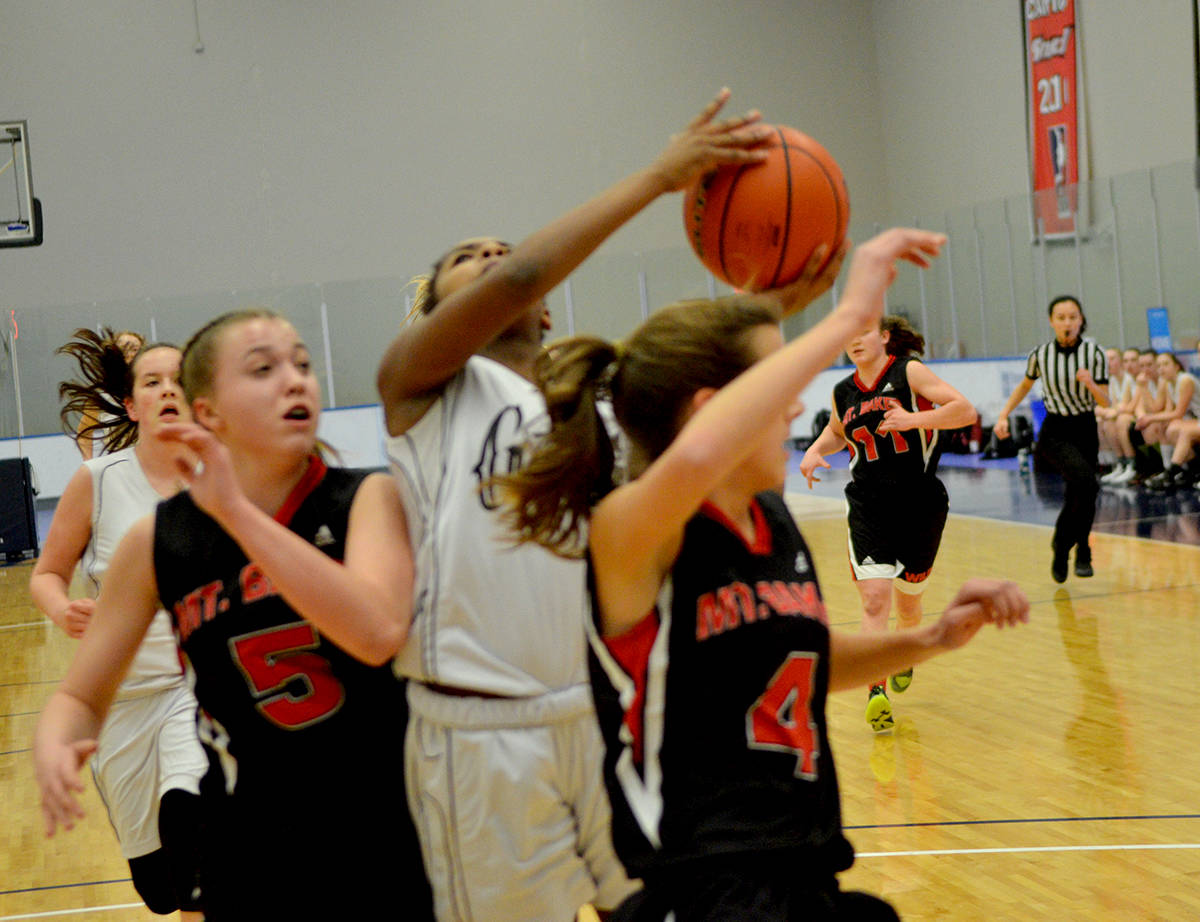 Walnut Grove Gators’ Fania Taylor against theMount Baker Wild during semifinal action. The Gators will play for gold after a 51-19 win at the Langley Events Centre. Gray Ahuja Langley Times