A polar bear dip into the Atlantic Ocean and a massive lobster feast were the proverbial icing on the cake for a team of young curlers from Langley who walked away this past weekend from the 2019 World Junior Curling Championships with their second consecutive victory.

Skip Tyler Tardi successfully completed the defence of his world title when he led his Canadian team to a 9-4 win over Switzerland in Saturday’s men’s gold-medal game in Liverpool, N.S.

With this win, Team Canada became the first nation to achieve back-to-back junior men’s titles since 2007.

Now, Team Canada arrives back home to a welcome home and congratulatory celebration planned at 8 p.m. tonight (Wednesday) at the Langley Curling Centre.

It’s a meet-and-greet of sort being organized for the junior men’s team made up of Tardi, Sterling Middleton, Matthew Hall, Alex Horvath, Rylan Kleiter, and coach Paul Tardi.

Tardi now has three straight national and two straight world men’s junior titles, and he was stumped, trying to find words to describe how this win felt.

In the gold-medal game, Canada controlled play from start to finish.

In the gold medal game, the Canadians blanked the first end and then opened the scoring with two points in the second end.

Switzerland could only score a single point in the third end, then Canada moved further ahead in the fourth when Tardi had an open hit for a score of three points and a 5-1 lead.

In the fifth end, a draw by Swiss skip Marco Hoesli was too heavy and this handed Canada a steal of two more points for a 7-1 lead at the break.

Switzerland’s skip Marco Hoesli and team took a single point from the sixth end, then in the seventh end.

Canada’s Tardi hit out two Swiss stones to add another two points to his tally, for a 9-2 lead.

In the eighth end, Switzerland drew their last stone into the house for two points, they then shook hands to concede the game and the title, at 9-4.

“We got off a good game [Friday in the semifinals against Norway] and had a good debrief to figure out what we were doing right to trade that into [Saturday’s] game, and had as much rest as we could and as much prep as possible to hopefully come out with a win today,” said Tardi.

Tardi (a Cloverdale skip who plays out of the Langley Curling Centre) had high praise for his team made up of Middleton (the third who hails from Fort. St. John, lives in New Westminster, and curls out of Langley), Matthew Hall (second, who lives in Cloverdale but also plays out of the Langley rink), and Alex Horvath (the lead who plays out of Victoria). Saskatchewan’s Rylan Kleiter joined the team for the world competition, as a fifth, and rounding out the team is their coach – Tyler’s father – Paul, as well as Melissa Soligo retunring as the team leader.

The shooting percentages for Middleton, Hall, and Horvath were sky-high and made the skip’s job easy, Tardi said.

“They were unreal,” he said about his teammates. “It’s fun to be out there when you only have to throw nose hits when you’re playing with the guys on our team. Huge hats off to them and a big thank you to them for making my job easy.”

This most recent win earned the boys a special invite to be part of the Humpty’s Champion’s Cup in Saskatoon in April. They’re the only junior team that will attend.

RECENT COVERAGE: Surrey-Langley curlers in the running again for gold 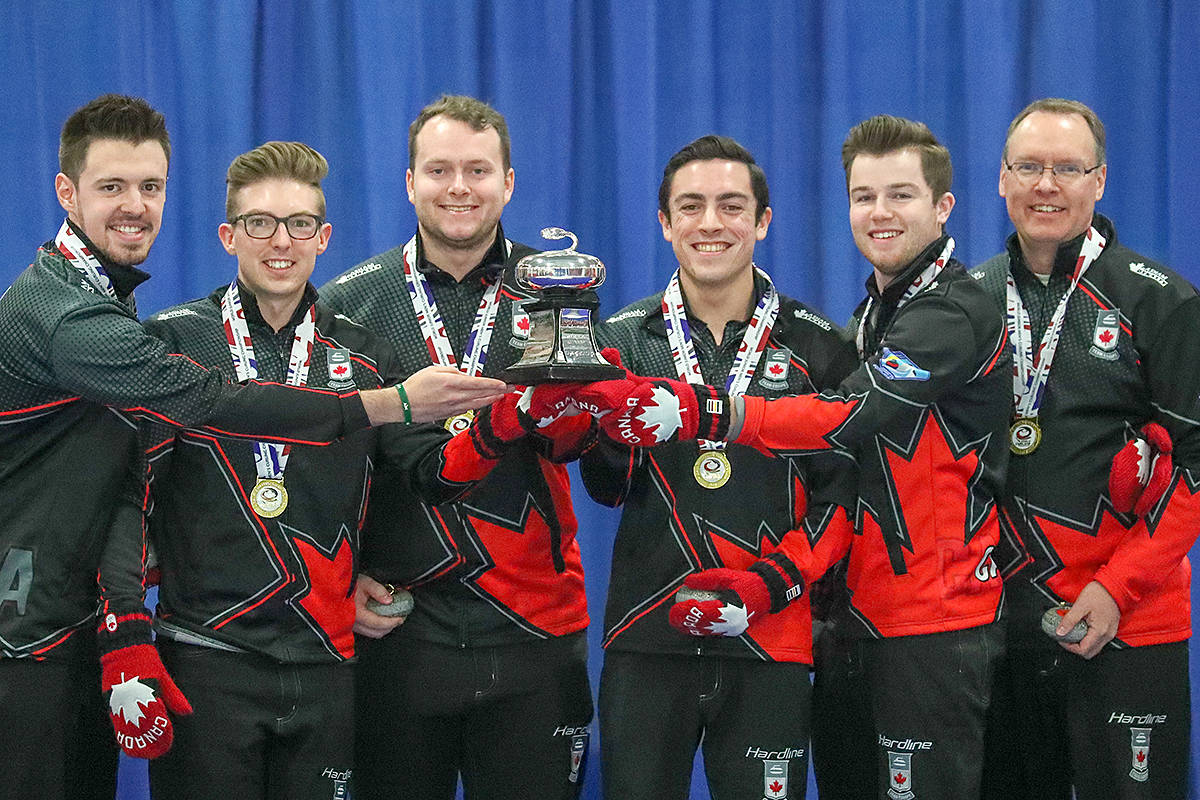 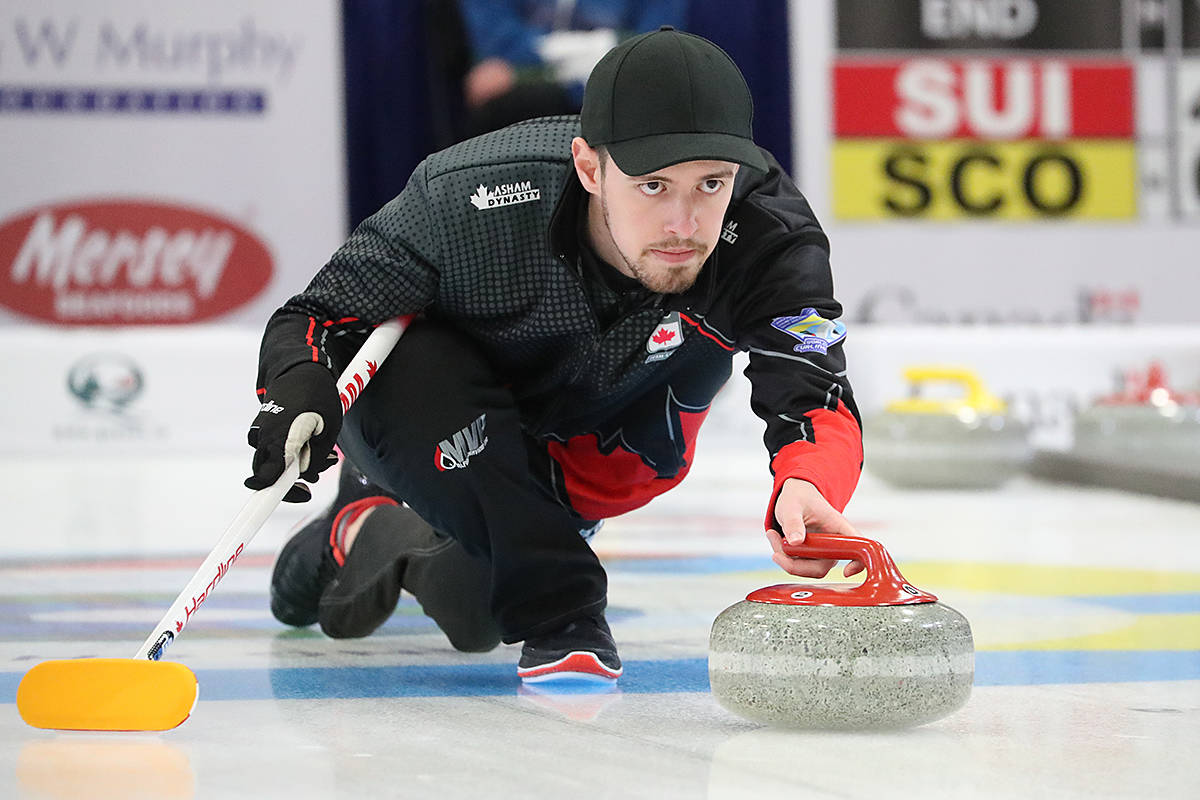