The smile on his face said it all.

Davis Koch was asked about his trade from the Edmonton Oil Kings to the Vancouver Giants ahead of last week’s Western Hockey League trade deadline.

“I played midget in this rink so coming here to play is pretty awesome.”

Koch grew up in White Rock and played at the LEC as part of the Valley West Hawks major midget program.

This comes on the heels of a 21-goal, 70-point campaign in 2016/17 which earned him an invite to the Edmonton Oilers rookie camp last summer.

The versatile forward admitted he was hoping for a trade as the Oil Kings are well back of a playoff position.

“I just want to come in and contribute,” Koch said.

And he did just that in his Giants debut on Saturday night.

Primarily a centre with the Oil Kings, Koch lined up on the wing — with his parents and grandparents in attendance — in Saturday’s 3-2 win over the Kelowna Rockets.

Koch was on a line with James Malm and Dawson Holt, picking up the secondary assist on Malm’s game-winning goal.

It was Malm’s ninth game-winning goal of the season, which leads the WHL.

“He (Koch) is crafty, he seemed to make real good decisions with or without the puck,” Vancouver coach Jason McKee said, about Koch.

“And he has got some experience, that was the other side of it too — he has played in some games.”

Teams are only permitted to carry three over-age players and with Benson expected to join the Edmonton Oilers organization, the Giants had a spot to fill for next season. 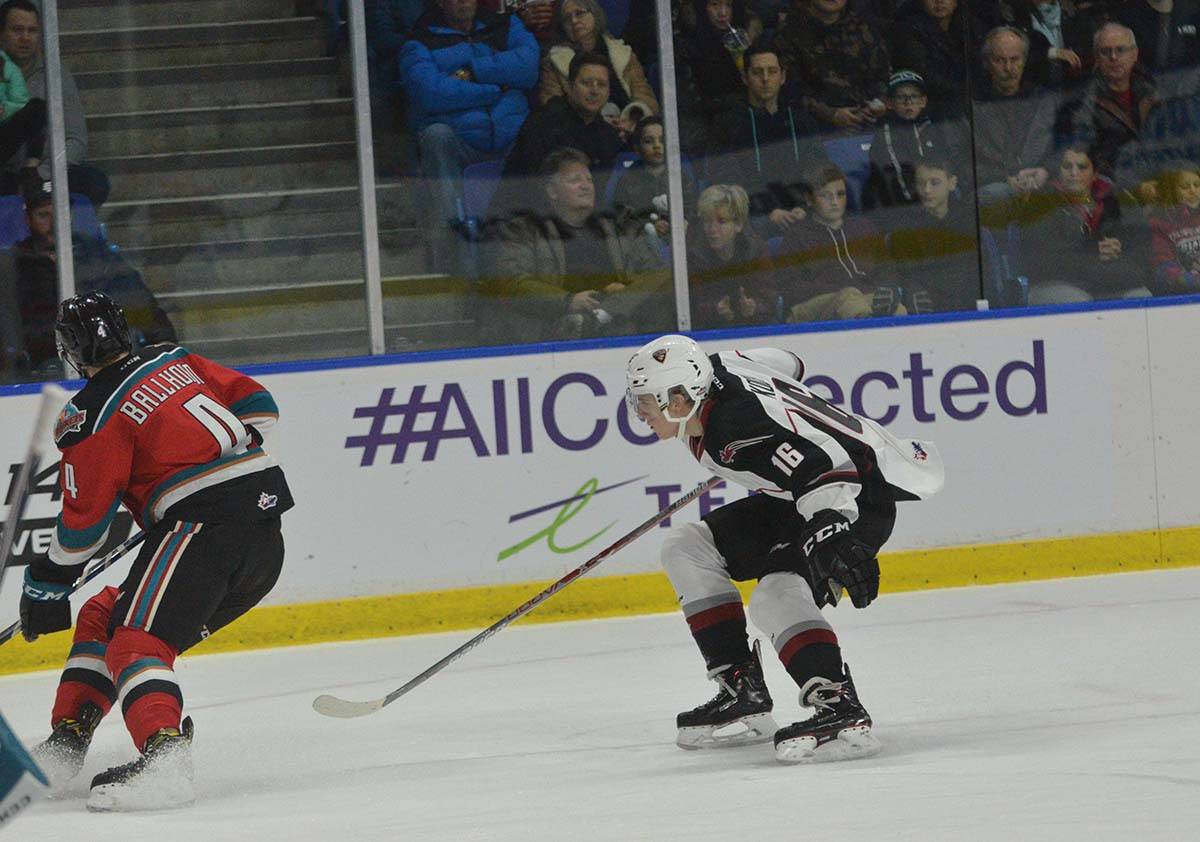