Memories were made in Kamloops, host of the 2017 Special Olympics BC Summer Games.

Nearly 1,200 individuals with intellectual disabilities gave their all in 11 sports during the July 6 to 8 event.

These were SOBC’s largest provincial games to date.

There was lots of local representation — Region three included 378 athletes, and 67 athletes and coaches from Langley made the trip to the Interior to take part.

After earning their spots in the 2017 SOBC Games through 2016 regional qualifiers, the competitors from more than 50 communities throughout B.C. and the Yukon trained hard with their year-round Special Olympics programs.

Langley athletes excelled on the track, in the pool, in the gym, and on the hardcourt.

In athletics, teammates Christopher Lakusta and Cole Trousil medaled in three events each.

By the end of the weekend, all Langley track athletes had medaled in at least one if not more of their events.

On the hardcourt, Langley’s ‘A’ basketball team captured gold, while its ‘B’ team received silver.

Other individual standouts include Lee McCook, who hoisted gold in powerlifting, and Andrea Zonneveld, who earned a bronze in golf.

Many of the Langley swimmers medaled, as well, coming home with gold, silver and bronze medals in such events as the 50m freestyle, 50m backstroke and 50m butterfly.

Langley athletes played on Region 3 teams as pickups, and those teams also medaled.

“We had athletes in soccer, baseball and bocce and they all medaled, and athletes in rhythmic Gymnastics also medaled,” noted SOBC-Langley local coordinator Lorraine Griffith. “It was a successful games for Langley athletes and coaches.”

Competing in the provincial games offered many of the athletes their first opportunity to travel with a team.

“I want to thank Kamloops for having these Games,” said SOBC – Richmond basketball player and SOBC Board of Directors member Vincent Li. “The venues were good and all the buses were really good. I noticed everyone was really excited for the Games and the volunteers were really enthusiastic. All the volunteers here in Kamloops were amazing, each and every one.”

“We’re so grateful to Kamloops and the 2017 SOBC Games Organizing Committee for creating a truly outstanding experience for our athletes,” SOBC Vice President, Sport, Lois McNary said. “We know Kamloops volunteers are called upon frequently for events, but they truly rose to the occasion in support of Special Olympics and made our 2017 Provincial Games so empowering and exciting for all involved.” 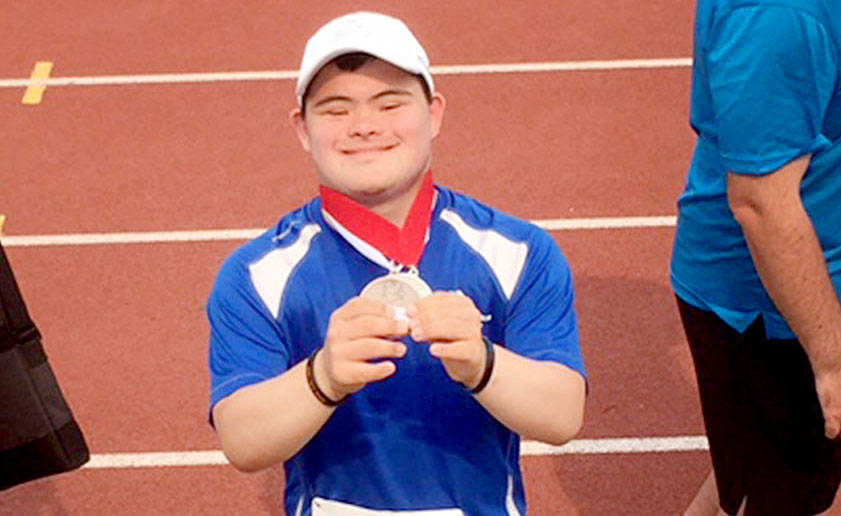 Langley athlete Marcus Fauchon won silver in long jump and bronze in the 200m sprint at the Special Olympics BC Summer Games, held in Kamloops July 6 to 8. Submitted photo 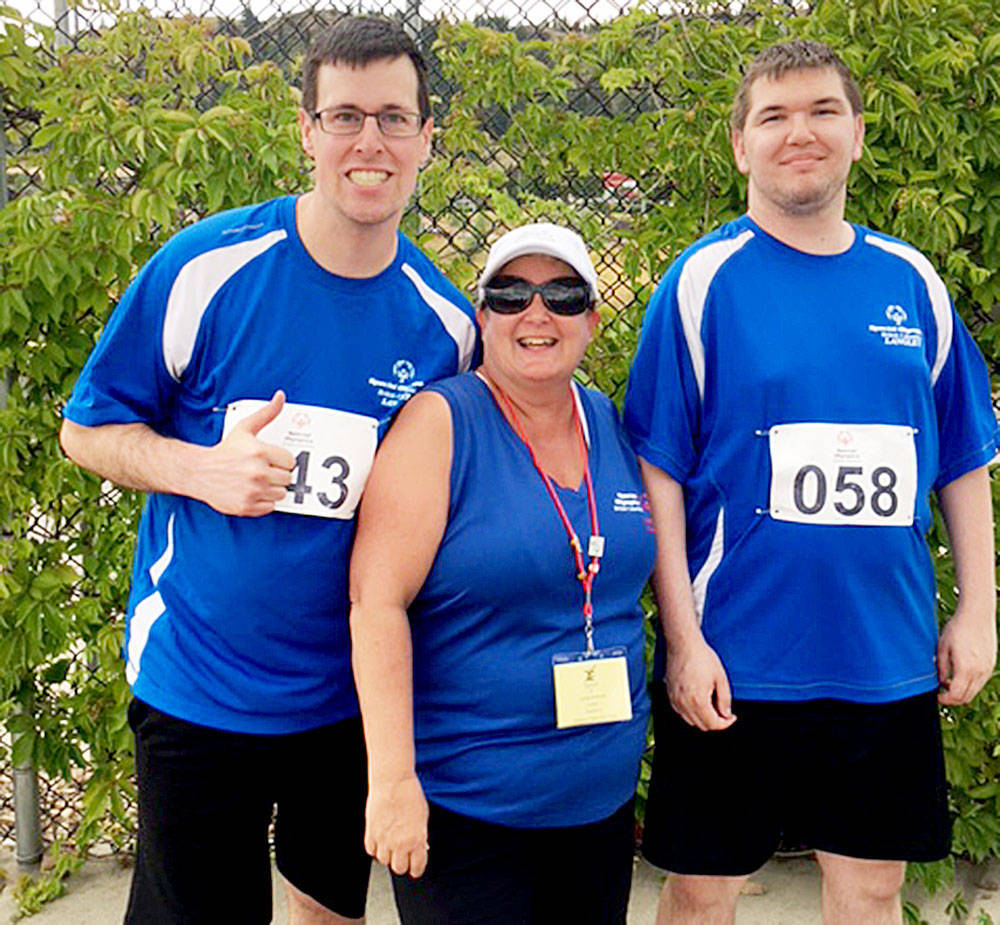 At the Special Olympics BC Summer Games in Kamloops July 6 to 8, Langley athletes Christopher Lakusta (left) and Cole Trousil (right) medaled in three events each, both in track and field. They flanked coach Lynda McGaire. Submitted photo 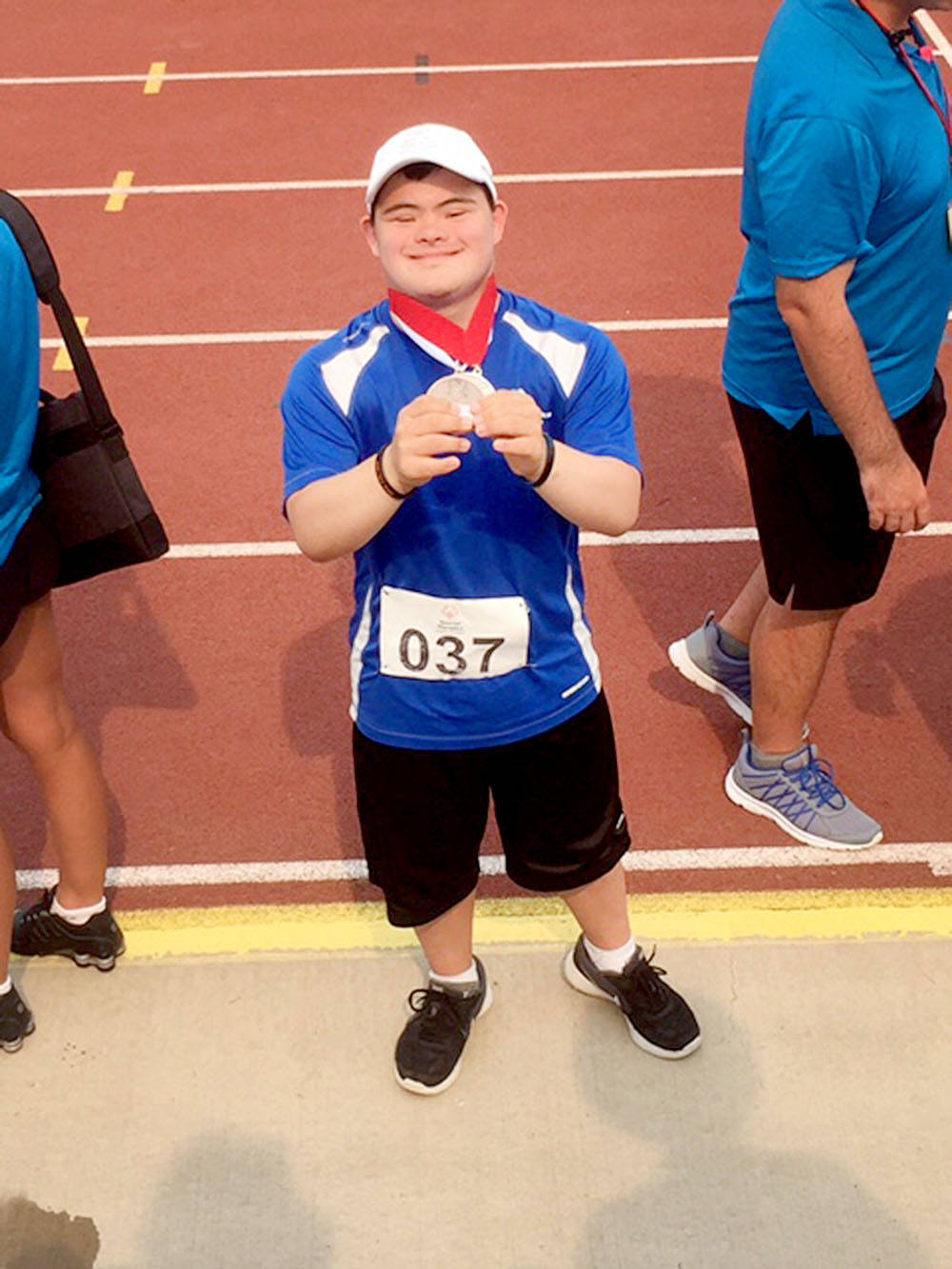 Langley athlete Marcus Fauchon won silver in long jump and bronze in the 200m sprint at the Special Olympics BC Summer Games, held in Kamloops July 6 to 8. Submitted photo

Langley Events Centre teams: Off-season deals being made for lacrosse and hockey