The “Vest Triplet” event at the 2017 Reebok CrossFit Games required competitors to wear a 20-pound weighted vest while running 400 metres, performing 24 air squats and 12 burpee box jump-overs (which involved jumping over a 30-inch high obstacle and performing push-ups every time a competitor cleared the barrier).

Then, they did it all over again, three more times.

Robbie Perovich, the director of training at CrossFit Fraser Valley / Hybrid Athletics in Langley, accomplished the feat in 14 minutes and 16.86 seconds, placing first in that event in the masters men 40 to 44 category.

Other Masters challenges at the Games, which ran from Aug. 3 to Aug. 6 in Madison, Wisconsin, included the “Bar fight” — as in barbell — which included 50 chest-to-bar pull-ups, 40 toes-to-bars and 30 clean-and-jerks; and the “Final Couplet” which included six ascents up a 150-foot rope and 20 “thrusters” (a type of front squat and shoulder press) with an 80 lb. weight.

CrossFit, a trademarked fitness regimen, began in Santa Cruz, California in 2000, with workouts that mixed together elements from a variety of sources, including high-intensity interval training, Olympic weightlifting, gymnastics and other exercises.

It is, by one estimate, practised by members of over 13,000 affiliated gyms around the world.

Athletes at the CrossFit Games competed in workouts they learned about only hours beforehand, sometimes including surprise elements that are not part of the typical CrossFit regimen.

“It just makes training so much more fun. Rather than going into a gym and just doing your own kind of thing by yourself, it’s just fun kind of having a community around you doing the same kind of stuff. What we do inside the gym, we do it outside in the (games) so everyone understands it.”

Beveridge, a former football and hockey player turned fitness trainer, said he and Perovich got into CrossFit back when Perovich was a client, a then-high-profile male model and former hockey and basketball player looking to keep fit.

“We found an outlet for that competitive side of things that wasn’t in a regular sport,” Beveridge said.

“It was a new up-and-coming sport (that) allowed us to express our fitness at the same time as training.”

While both Perovich and Beveridge are elite competitors, both say all levels of ability can work out and compete.

“We’ve got everything from six-year-old kids to 66-year-old grandpas and everything in between,” Beveridge said.

“Everybody can compete in it and it just gives you that outlet that you kind of lost when you became an adult. You’ve got softball, and beer league and stuff like that but its maybe not as competitive as you were used to as a kid. 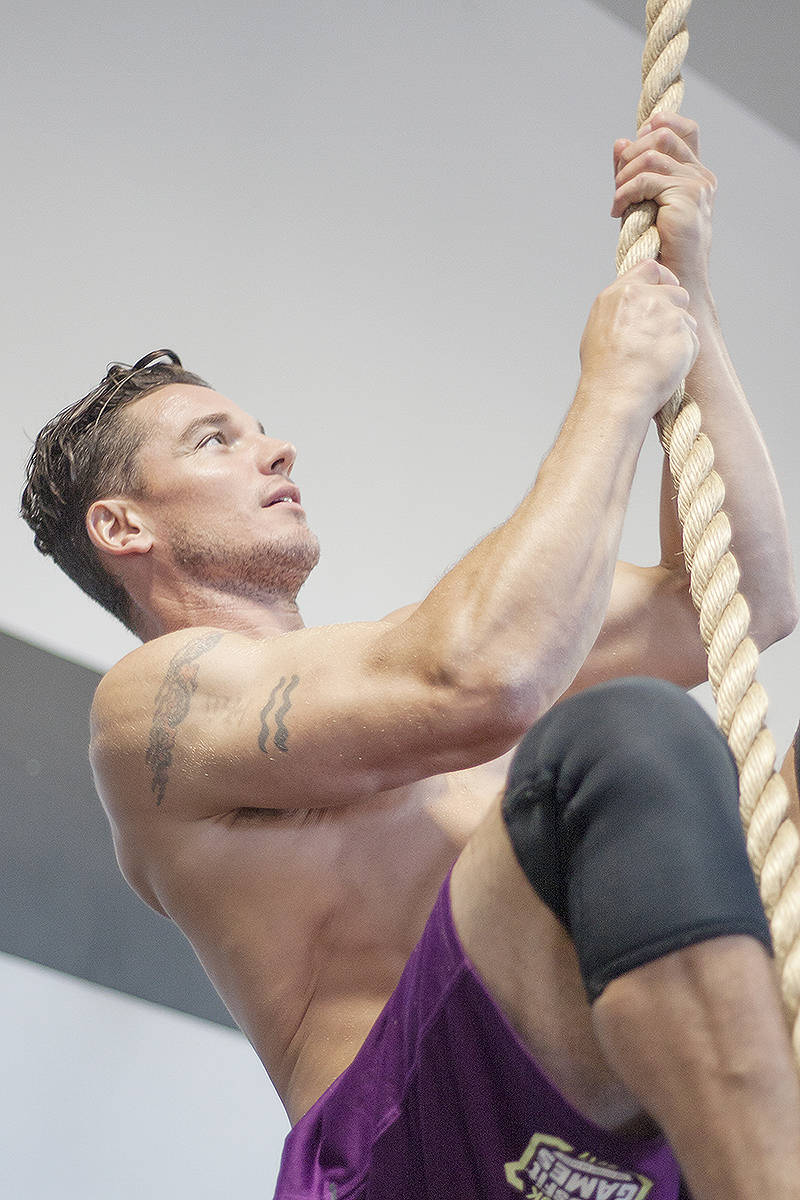 Robbie Perovich from the Hybrid Fitness gym in Langley did well at the CrossFit championships, winning the “Vest Triplet” event in the Mens 40-44 division. Dan Ferguson Langley Times 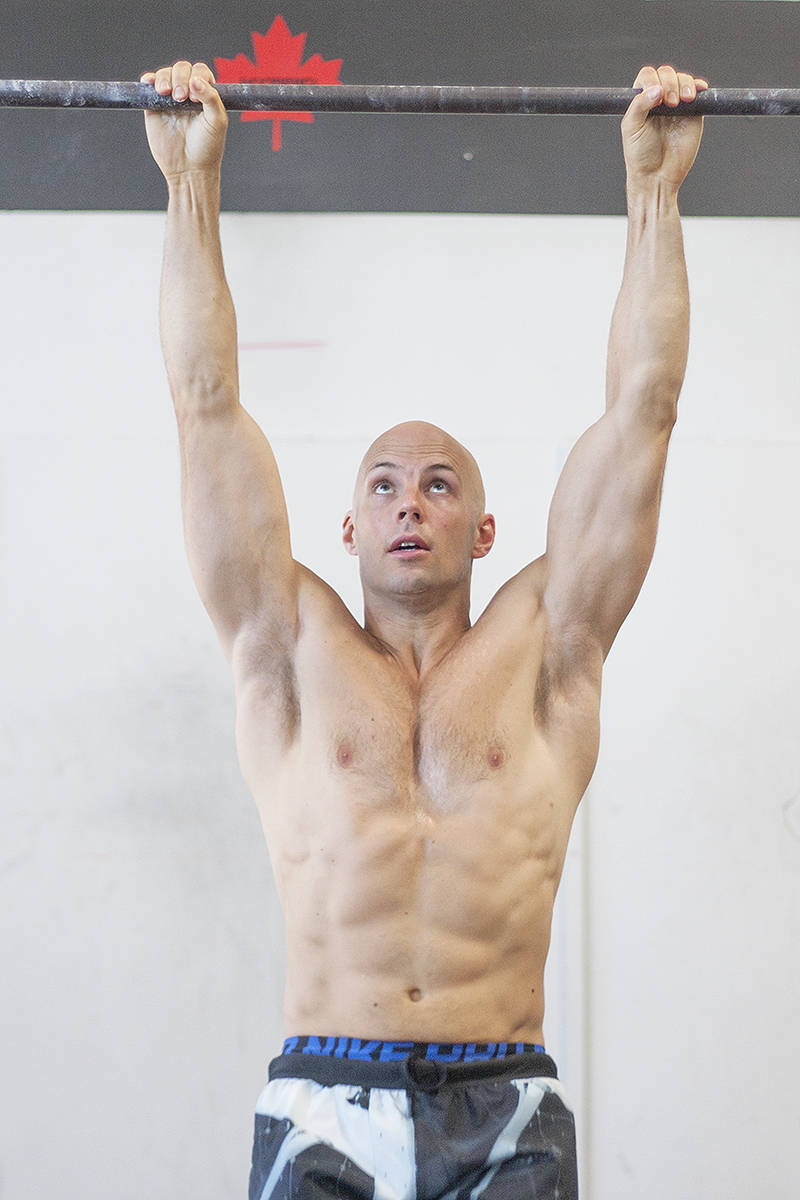 Nate Beveridge from the Hybrid Fitness gym in Langley did well at the CrossFit championships in the U.S. finishing in the top 10 of the Mens 35-39 division.. Dan Ferguson Langley Times