The Vancouver Giants teamed up with the Canadian Museum of Flight to host a special event Thursday for the organization’s sponsors.

The sponsor-appreciation event on Dec. 7 was also a chance to spotlight the museum of flight and the 100th anniversary of the Battle of Vimy Ridge.

“We will be privileged to have Dr. Murray Howe author of the book Nine Lessons I Learned from My Father present to visit and autograph copies of his book,” Saip added.

Muray Howe didn’t inherit the hockey gene of his father, Gordie, and two older brothers, Mark and Marty. But he did become a medical doctor. Gordie died in 2016. The book takes readers through the hours Murray spent crafting his father’s eulogy as well as cherished memories and his thoughts on his dad for being the man he was off the ice as well as the talent he displayed on ice.

Gordie Howe dropped the puck at the 2013 Memorial Cup in Saskatoon and was present when the Giants won the cup in 2007 but instead of being in the victors’ dressing room celebrating, he was with the defeated team. 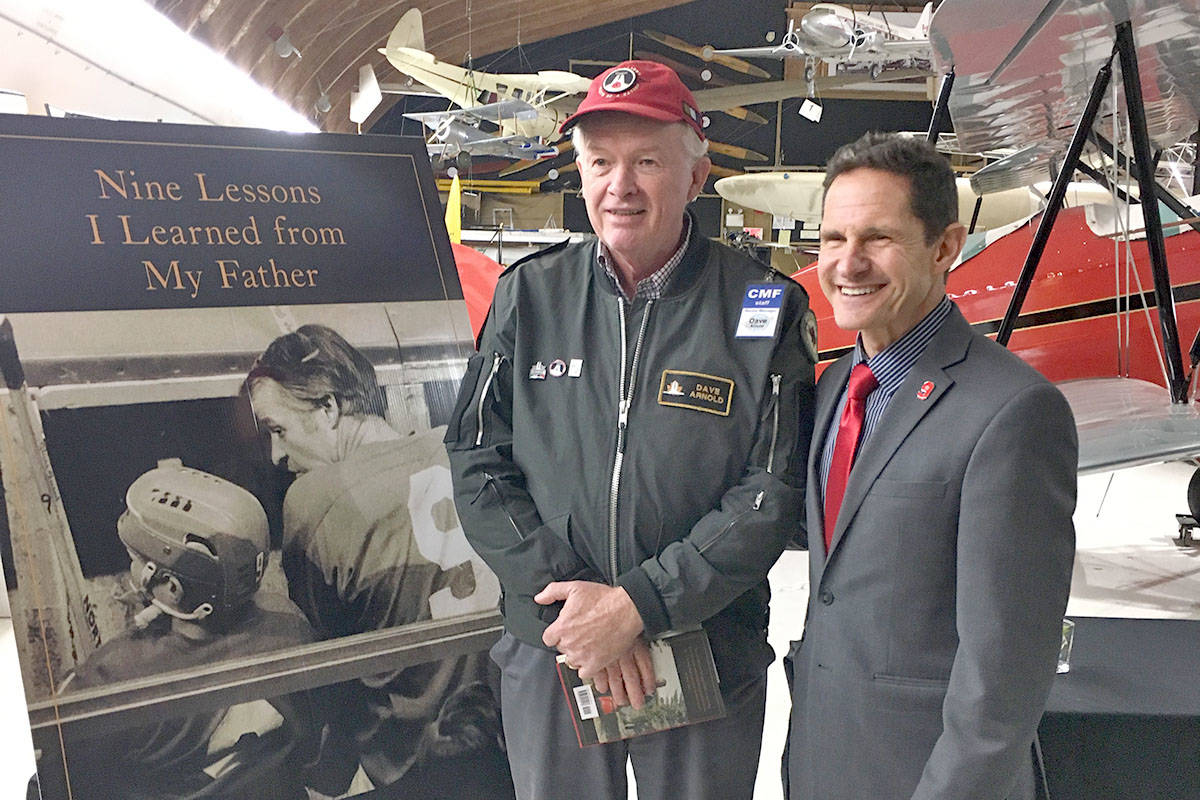