Byram, the two-time reigning MVP of the Vancouver Giants now playing in the NHL, is one of six returnees invited to the camp who helped Canada capture gold at the 2020 World Juniors.

Originally selected third overall by the Giants in the 2016 WHL Bantam Draft, Bowen Byram has helped re-write the history books of the Vancouver Giants during his three-seasons with the Langley-based team.

In 188 career regular season games with Vancouver, Byram has posted 46 goals and 104 assists for 150 points which ranks him third all-time in franchise scoring for defencemen. He’s added 11 goals and 22 assists for 33 points in 29 career playoff games. During the 2018-19 season, Byram set a new single season team record for goals by a defencemen with 26, and he set a new single season WHL record with six overtime winning goals.

Internationally Byram represented Canada at the 2017 World Under-17 Hockey Challenge, the 2018 Hlinka Gretzky Cup and the 2020 World Juniors.

Joining him in Red Deer will be Giants head coach Michael Dyck who will be serving as an assistant coach with Canada at the World Juniors which will have new uniquely 2020 measures in place.

“As we continue to navigate through the COVID-19 pandemic, Hockey Canada has taken important steps to maintain the health and safety of our National Junior Team athletes and staff, as well as the community at large, during selection camp and throughout the World Juniors,” said Tom Renney, chief executive officer of Hockey Canada. “As much as we would enjoy allowing fans into the building to support Team Canada throughout the camp, we need to be responsible as we look to keep all parties safe before teams enter the bubble in Edmonton.”

The selection camp will include practices and three intrasquad games, as well as six games against a team of U SPORTS all-stars, between Nov. 28 and Dec. 13 before the team enters the bubble in Edmonton in preparation for the 2021 IIHF World Junior Championship. The camp will take place in a cohort bubble, meaning no public and no media can be present.

The 2021 IIHF World Junior Championship begins on Christmas Day with three games before Canada kicks off its tournament schedule on Dec. 26 against Germany. All 28 tournament games and the 10 pre-tournament games that begins Dec. 20 will be broadcast.

– With files from Dan O’Connor/Vancouver Giants 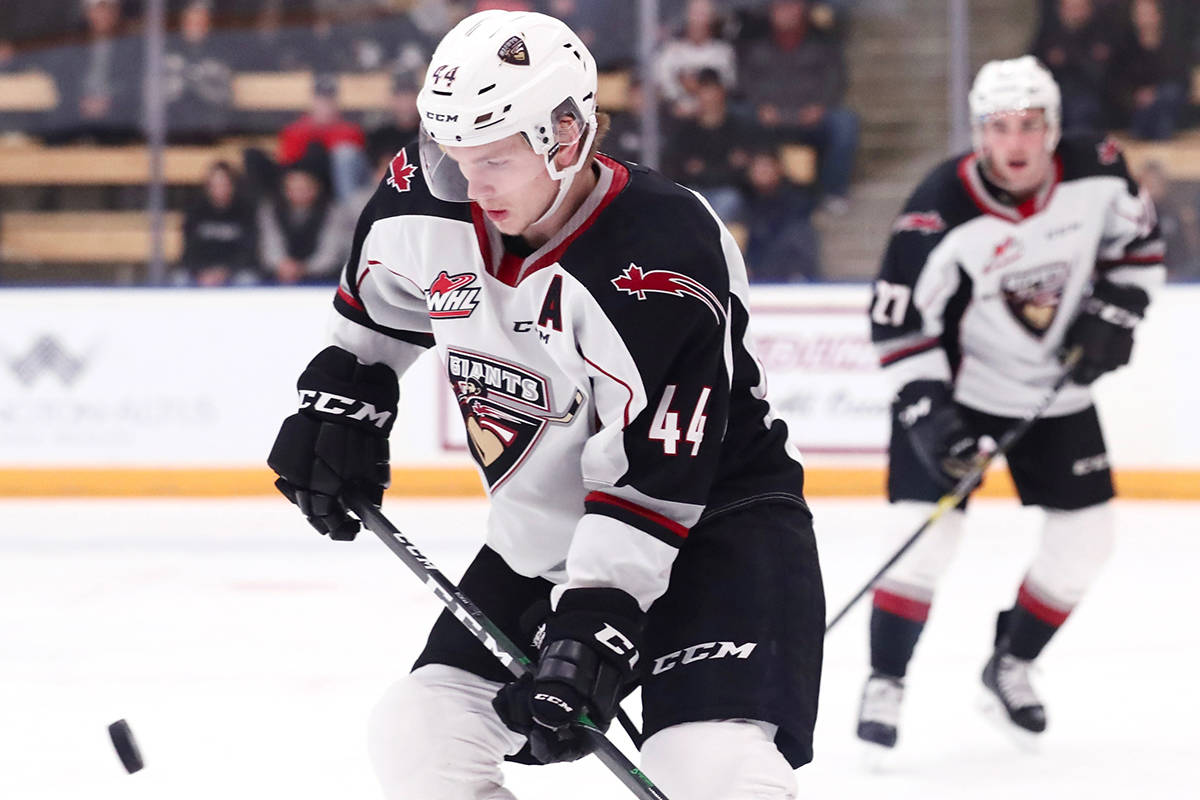 Bowen Byram played three seasons with the Vancouver Giants before heading to the NHL. (Bruce Fedyck)