Langley Bears kept visitors from Chilliwack off the scoreboard when North Langley Football kicked off its season Saturday.

The end result of the match against the Chilliwack Giants at McLeod Athletic Park was 14-0.

“It was a fantastic opening day for the association,” said league president Steve Aasen.

In addition to games by the players on the flag, atom, peewee, junior bantam, and bantam squads, the opener had activities, a pancake breakfast, and more. (The midget game was forfeited to Langley.)

“Our atom and peewee teams had a rough start, but they played strong and I think they’ll both have a good season,” he said. “… Meadow Ridge had a 30-14 lead at the half, but we had a strong defensive second half and our [junior bantam] offence took over with four second half touchdowns to win a thriller 44-38.”

It’s game day bears fans. Get out to McLeod athletic park early and stay late to cheer on all the teams. Let’s Go Bears. pic.twitter.com/PHblRfgZHZ 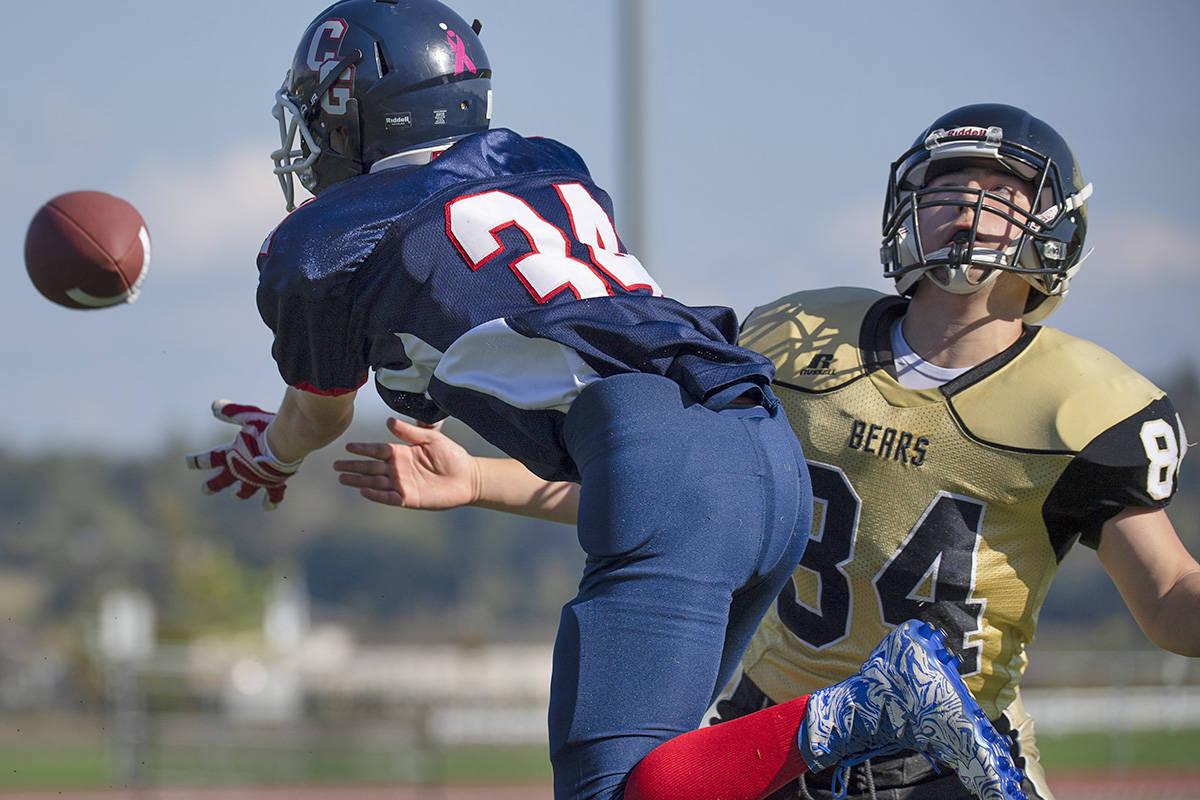