Drew Mechielsen has just over 30 seconds to win gold when the BMX rider competes at the 2021 Olympics in Tokyo.

The adrenaline will be pumping for the Langley City woman who landed a spot on Team Canada.

The 23-year-old who started with Langley BMX at the age of three was fairly certain she was on the team but was waiting for it to be the word from those in charge.

“I received my official letter on June 7,” she explained. “That was still subject to nomination to COC.”

Once the word came from the Canadian Olympic Committee (COC), she let herself get excited about the next adventure.

“[It was] surreal. We had kind of known just prior to that because of the math done by my coach,” she said. “But I wouldn’t let myself believe it until I received my letter.”

She’s no stranger to the track in Japan, having competed there for a test event in 2019, and supercross riders like Mechielsen will have four days prior to competition to practice.

As for getting ready for the biggest sporting event in the world, she’s not changing a thing about how to preps.

“A big thing with me and my coach and my support team is don’t change,” she said.

Mechielsen, who is coached by Adam Muys and who trains at the Abbotsford Exhibition Park track because it has the eight-metre high start, said she plans to maintain her training regimen since that’s what brought her success up to now.

“I really just want to treat this race like any other,” she said.

Three weeks after the Olympics she will head off to compete in the Worlds in the Netherlands. This, too, is a competition venue with which she’s familiar. This event would normally happen before the Olympics but well, COVID.

The pandemic has changed many things. It’s been harder to train with others so there’s more individual riding.

“We generally like to have other people,” she said.

And in terms of the global pandemic and what’s happening with COVID in Japan, Mechielsen is comfortable travelling and competing.

“I have full confidence in the COC and the IOC [International Olympic Committee] and the measures that they’ve taken,” she said.

She’s pretty certain there will be strict protocols, such as not leaving the athletes’ village but she has been to the area before so won’t feel deprived of the chance to see some of Japan when not competing.

Athletes are also restricted in how many people can attend. Mechielsen is taking along two bikes, two helmets and luggage while her coach is expected to take over the tools, spare parts and any other equipment she may need.

Her last race before the pandemic was March 2020 and she did not race again until March 2021.

“That was hard for sure. I kind of just took that time to kind of do just whatever I wanted. I got to train and stay in shape the way I wanted to,” she said.

In addition to workouts on the track she did more long distance rides which is a bit of a no-no for supercross riders because they are sprint athletes who must have a burst of energy for covering a short distance quickly.

From a broader perspective, the pandemic forced her to make some changes in her personal routine which she has found she liked.

“Being with my dogs everyday was a little bit refreshing,” she said.

When she’s not racing, Mechielsen works part-time as a barista in a Surrey Starbucks. She got the job because the manager was a BMX mom who understood the flexibility required in her schedule.

Though she’s no longer a member of Langley BMX, it’s where she got her start and is still a frequent stop for her.

The ups and downs of a sport like supercross means she hasn’t looked down the road too far in terms of what the future holds for her sports career.

• READ MORE: Langley BMX track named one of the top in North America 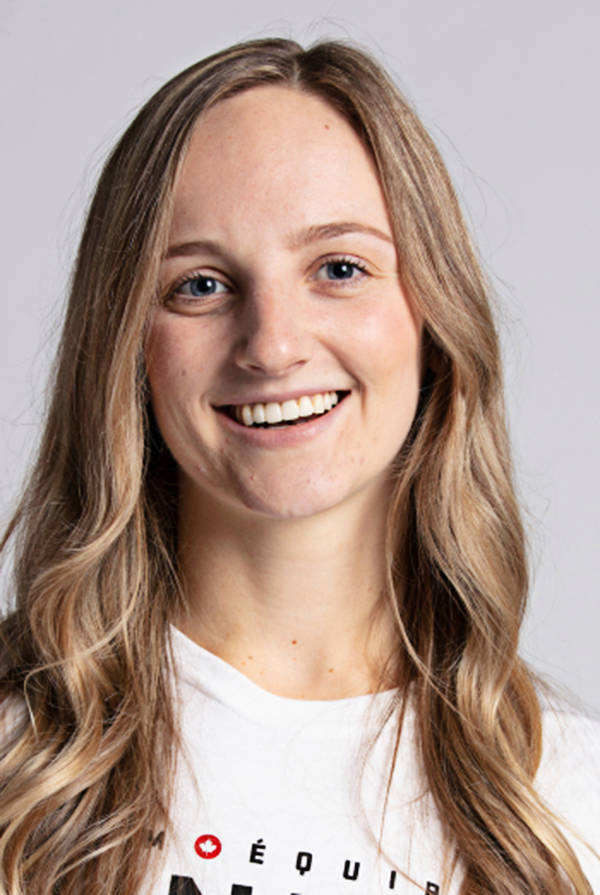 Langley City’s Drew Mechielsen is headed to the 2021 Summer Olympics in Tokyo to compete in BMX. (John Kealey/Canadian Olympic Committee)