Normally at this time of year, Langley Events Centre would be all about basketball.

READ ALSO: VIDEO: Final minutes made the difference in Bruins win over Langley Christian Lightning at BC Secondary School 2A Girls Championship

But during the pandemic, with no tournaments in 2021, there will instead be replays of some of the classic championship final games, in full, using archived video, all of which will be available to stream free of charge at www.tfsetv.ca.

The first game will be shown on what would have been the final evening of the 2021 Junior Boys tournament, on Tuesday March 2nd.

Games on March 3rd to 6th will follow the Junior Girls and Senior Girls scheduled dates.

Tuesday, March 9th will feature the BCHSBBA 75th anniversary video which was featured one year ago at the celebration banquet and finally, games on March 10th to 13th will be shown during the planned Senior Boys week.

Langley fans will have several choices:

Replays of BC Secondary School Girls provincial championships will include the 2013 South Kamloops versus Brookswood final (broadcast Thursday, March 4 at 8 p.m.); the 2016 Brookswood versus R.A. McMath game (rebroadcast March 5 at 8 p.m.), the 2020 Britannia versus Langley Christian game (March 6, 6 p.m.); and the 2018 Kelowna versus Walnut Grove game (March 6, 8 p.m.) . 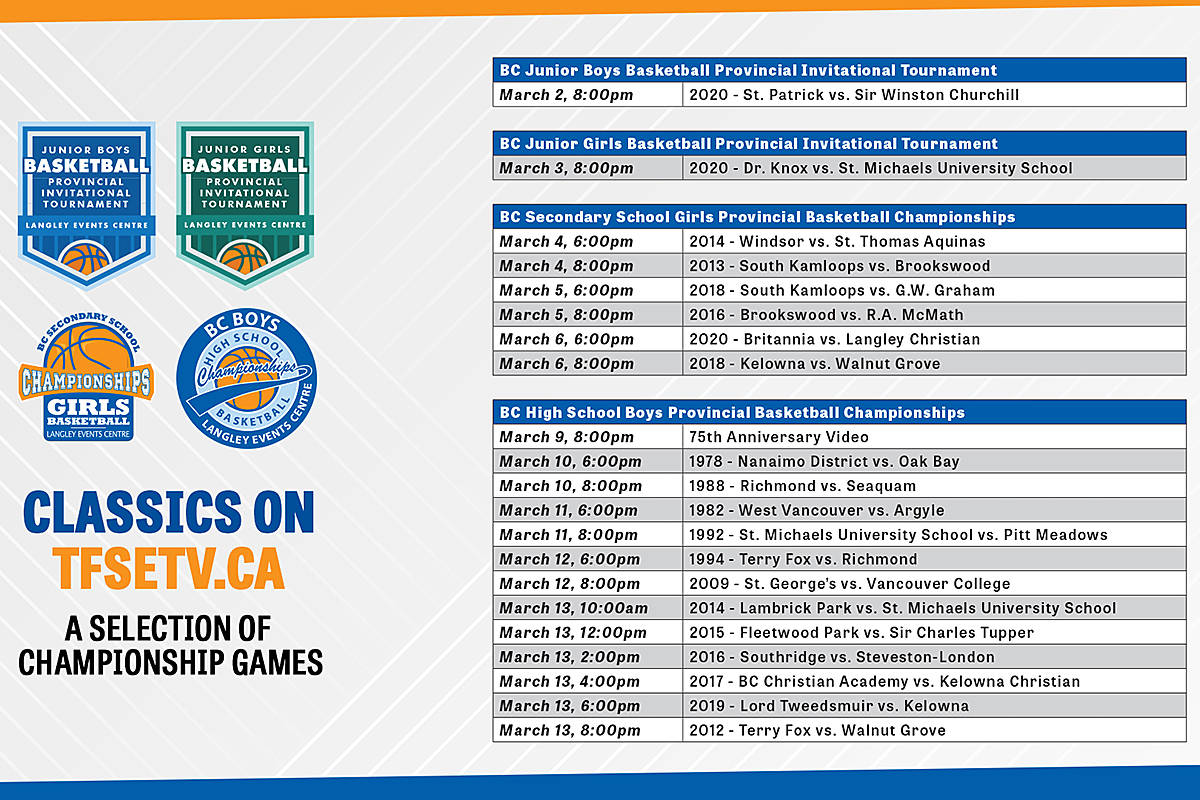 Toronto Raptors game against Chicago postponed due to COVID-19 cases