Langley Fastball kicked off the season on the weekend with first pitch by Steve Ferguson, Township of Langley councillor and acting mayor.

As Lilly McLeod from Fraser Valley Fusion ‘08 team caught the first pitch, the players cheered and celebrated the comeback. The opening ceremony saw participation from about 450 athletes ranging from seniors women’s teams to under-seven learn-to-play kids.

Organized by Langley Fastball Association, the ceremony took place at Noel Booth Park under a clear sky. Jeff Clegg, president of the association, encouraged people attending to take a moment to acknowledge the native land Canadians reside on and later invited Langley Flames player Spencer to take on the field for the national anthem.

The ceremony started at 10 a.m., and the teams started with painting posters for their respective teams. They later continued their day with season matches right after the celebrations. All six fields at the Noel Booth Park were occupied by the players throughout the afternoon. Clegg was excited to see players and families in the park for the opening day.

He wished all the players good luck for the season and described his group as a “fantastic, vibrant and growing” association. Sara Foulton of the Langley Thunder is excited to be back and hopes COVID does not shut them down again this season.

“We have a great team and many tournaments to do. We got to get the cobwebs off… its been a while since we have a good full season,” she added.

Ferguson told the audience said that council is working to build more fields in Langley. He wished all the players good luck and cheered them during the opening ceremony

Coming up next, April 15 to 17 is the under-19 open invitational tournament taking place at Noel Booth Park.

The season is expected to continue until end of July 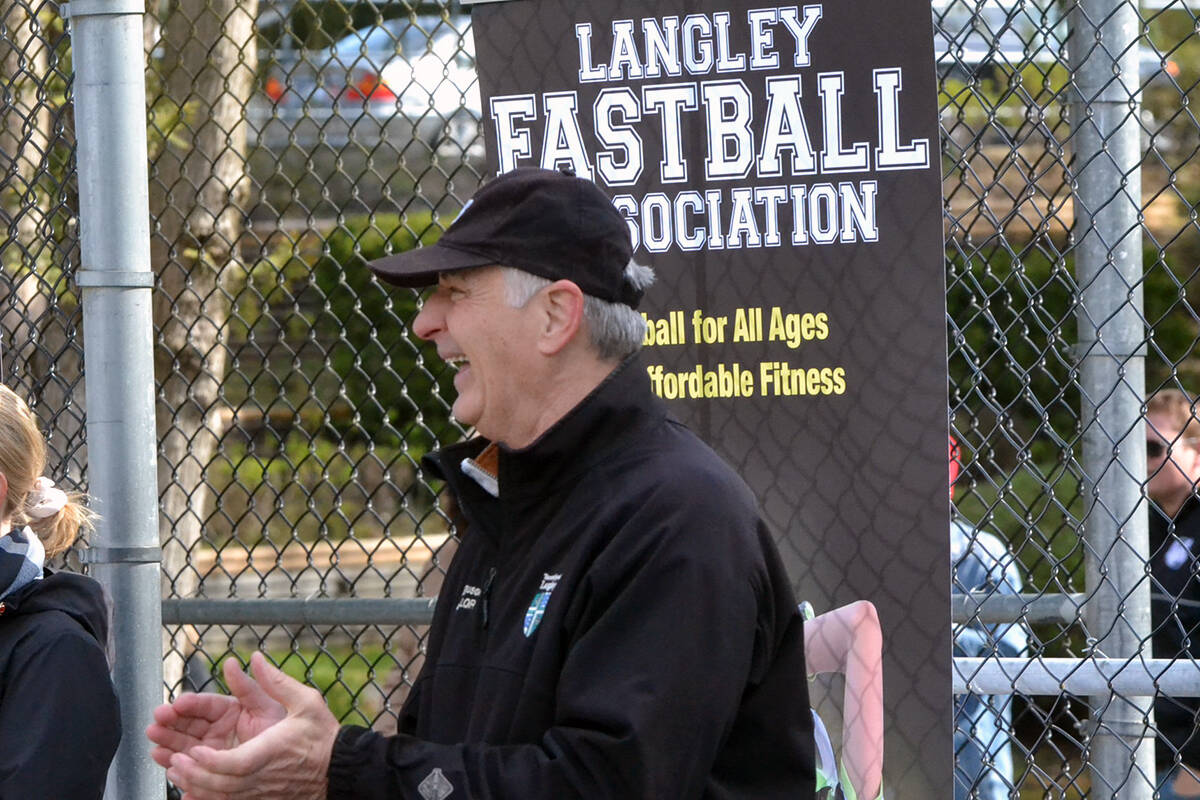 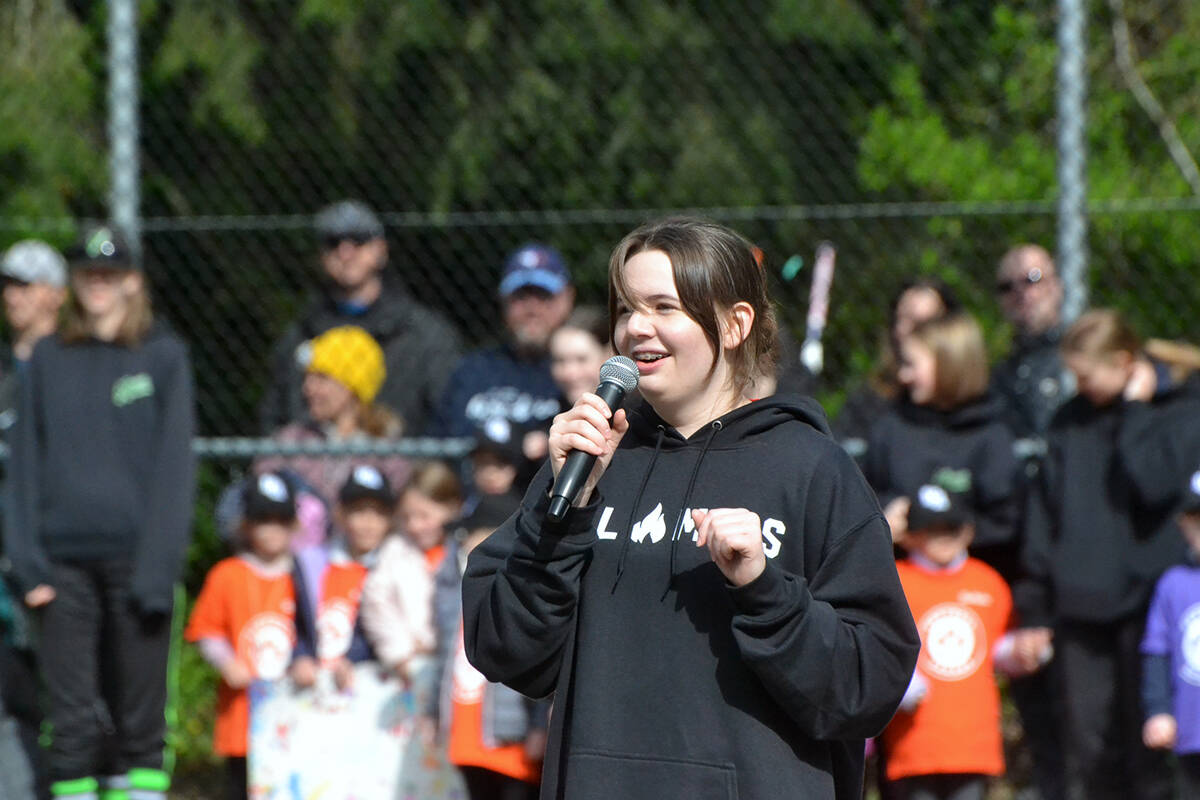 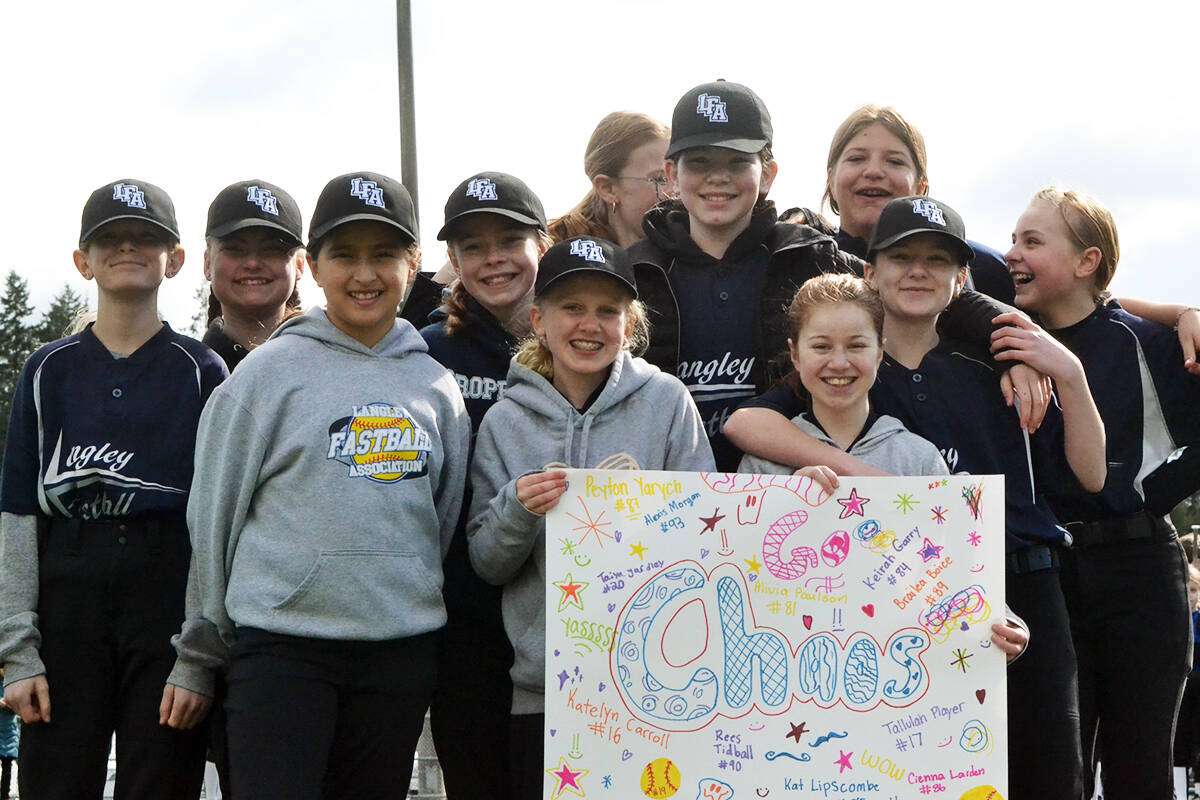 About 450 athletes participated at the opening ceremony organized by Langley Fastball Association. The season was kicked off on April 9. (Tanmay Ahluwalia/Langley Advance Times)