It may be off-season for the Vancouver Giants, but there’s a lot of news coming out of the locker room for this Langley-based major junior ice hockey team this month.

After learning that two of the team’s players were picked by Colorado Avalanche in last weekend’s NHL draft, the team also announced they’ve exchanged a young Russian player for forward Dawson Holt.

The Giants acquired 2001-born forward Sergei Alkhimov from the Regina Pats in exchange for Holt, a Prairie boy who has played five seasons with the G-Men.

“Dawson is a model teammate and played a big role in our success last season,” he said. “We wish him the very best as he completes his WHL career in his home province of Saskatchewan.”

In addition to this exchanged, announced Tuesday, each team is also swapping conditional draft picks in 2022.

He finished third in team scoring. His first season in the WHL included three power play goals, a shorthanded goal, and two game-winners.

Internationally Alkhimov represented Russia at the 2018 Hlinka Gretzky Cup and helped lead them to a bronze medal. In 2017 he suited up for Russia at the World Under-17 Hockey Challenge. In 2017-18 he played a year of midget hockey with the Colorado Evolution U16 program.

He was selected by the Regina Pats with the 47th overall pick in the 2018 CHL import draft.

“We’re excited to welcome Sergei Alkhimov to the Vancouver Giants organization. He’s shown the ability to score and compete at the WHL level and he’ll be a welcomed addition to our team,” Parneta said.

Off to Calgary for camp

Also in news out of the Giants locker room, forward Justin Sourdif is one of 44 Canadians selected to attend Team Canada’s summer U18 selection camp in Calgary at the end of July. He will be joined at the camp by Giants head coach Michael Dyck.

Sourdif was originally selected by the Giants with the third overall selection in the 2017 WHL bantam draft. He is coming off a “terrific first full season” in the WHL, said Dyck, who was named head coach of Canada’s Summer U-18 team in early June.

Internationally Sourdif suited up for Canada Red last season during the World Under-17 Challenge and scored a goal and two assists in six games.

He also captured a gold medal with Team BC in the 2017 WHL Cup.

Hockey Canada’s said the players at camp – which includes four goaltenders, 14 defencemen and 26 forwards – will compete for a chance to represent Canada at 2019 Hlinka Gretzky Cup in Breclav, Czech Republic, and Piestany, Slovakia.

One of the only true, best-on-best competitions for this age group, the Hlinka Gretzky Cup will see Team Canada play its preliminary-round games at Ice Bors Arena in Breclav. The event will run from Aug. 5 to 10, with Canada facing off against the Czech Republic, Finland, and Switzerland in preliminary play before the tournament wraps up with the bronze and gold medal games on Aug. 10.

It's here! The complete 2019-20 regular season schedule for the reigning Western Conference champion Vancouver Giants! Check out all of the info in the links below!

With 34 home games and 34 away games on tap during the Western Hockey League season, play gets underway with a double-header up north, Friday, Sept. 20, as well as Saturday, Sept. 21, against the Cougars – their BC division foes.

Then one week later, the G-Men will take to the Langley Events Centre ice for their home opener on Friday, Sept. 27, when they battle the Portland Winterhawks.

Following a Saturday trip to Kamloops, the Giants will then be back on home ice Sunday, Sept. 29 for a 4 p.m. showdown with the Kelowna Rockets.

Some notable 2019-20 home dates for the Giants include:

• CIBC home opener – Friday, Sept. 27 vs. Portland Winterhawks (7:30 p.m.): The Giants will raise the 2019 BC Division and Western Conference championship banners to the rafters of the Langley Events Centre against St. Louis Blues prospect Joel Hofer and the Portland Winterhawks.

• Trading Post Oktoberfest – Sunday, Sept. 29 vs. Kelowna Rockets (4 p.m.): The Giants are once again teaming up with Trading Post and other local craft breweries to provide free beer tastings to fans 19-and-older in the Langley Events Centre banquet hall. It marks the first matchup of the season for the Giants against the 2020 Memorial Cup hosts, the Kelowna Rockets.

NOTE: Mini-collectible BC Division and Western Conference Championship banners will be handed out to fans before both the Friday and Sunday games mentioned above.

• Toy Drive & Santa Sings – Friday, Dec. 6 vs. Spokane Chiefs (7:30 p.m.): Santa Claus will be in the building when the Giants take to the ice against their Western Conference final rivals, the Spokane Chiefs. All fans are encouraged to bring new toys to donate to local children’s charities throughout the Lower Mainland.

• Chevrolet Teddy Bear Toss – Sunday, Dec. 8 vs. Tri-City Americans (4 p.m.): One of the most highly anticipated games of the year features a Sunday afternoon showdown with Colorado Avalanche prospect Sasha Mutala and the Tri-City Americans. All fans in attendance are encouraged to bring brand new stuffed toys (and other winter donations) to the game and when the Giants score their first goal, all items are thrown onto the ice, gathered up and donated to several children’s charities throughout the Lower Mainland.

• ‘Viva Las Vegas’ New Years Day Party – Wednesday, Jan. 1 vs. Victoria Royals (2 p.m.): One of the very best WHL rivalries takes centre stage on New Year’s Day 2020, when the Giants clash with their 2019 Round 2 playoff foes, the Victoria Royals. The Giants will look to strike it rich on the ice, and fans will have chances to do so off the ice as well. Don’t forget your blue suede shoes!

• C&D Logistics Family Day Matinee – Monday, Feb. 17 vs. Seattle Thunderbirds (2 p.m.): Celebrate Family Day with the Vancouver Giants when they host their 2019 first-round playoff rivals the Seattle Thunderbirds for the first time. A wide variety of interactive family activities will be set up on the concourse prior to the puck drop.

• Chevrolet Fan Appreciation Night – Friday, March 20 vs. Kelowna Rockets (7:30 p.m.): The final Vancouver Giants regular season home game for the 2019-20 season also takes place against the 2020 Memorial Cup hosts from Kelowna. It will be an evening full of great prizes and celebration.

*A full list of upcoming events and sponsored promotions for the Vancouver Giants will be released in the weeks to come.

Home Game Breakdown by Day of the Week: 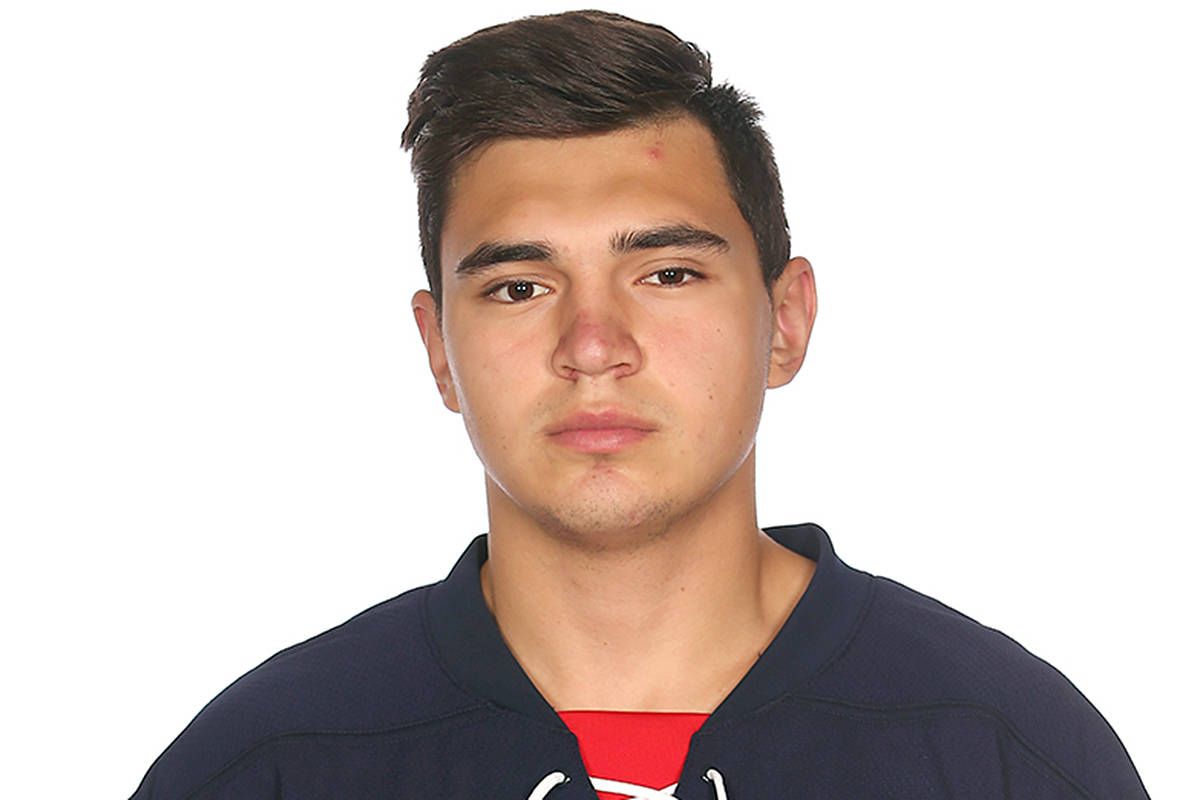 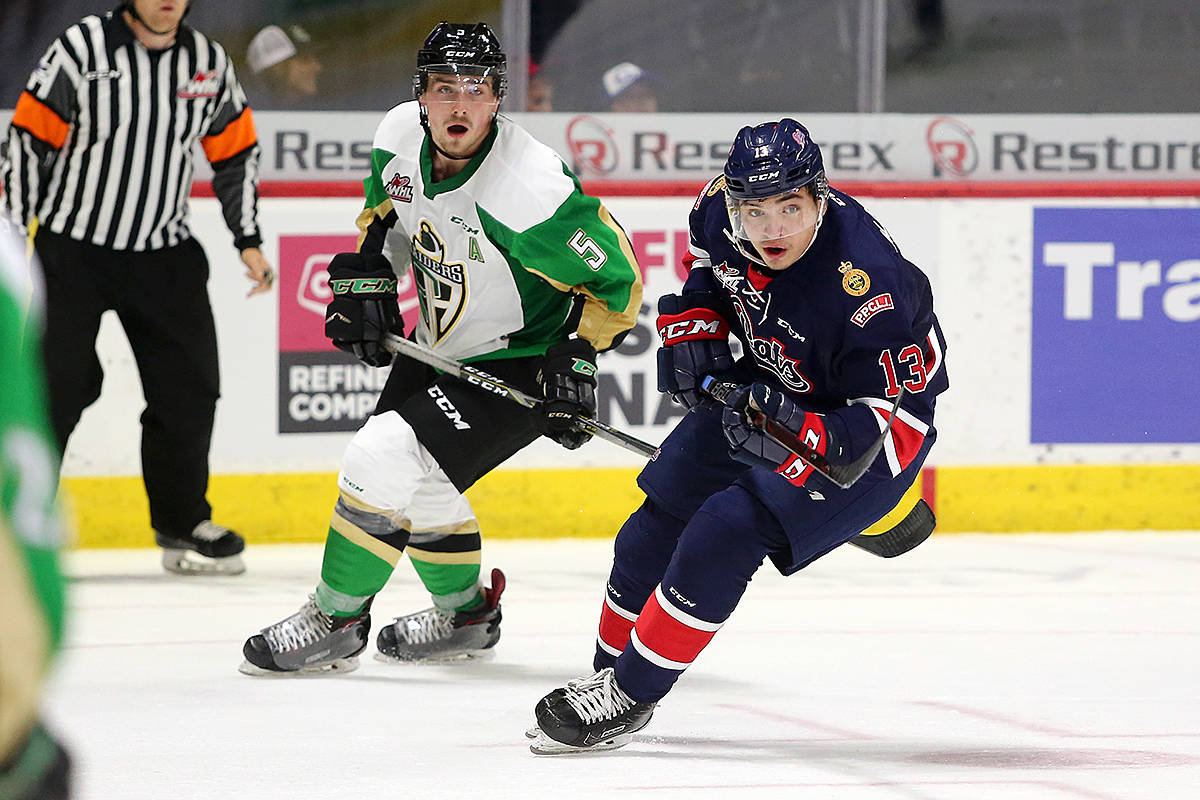