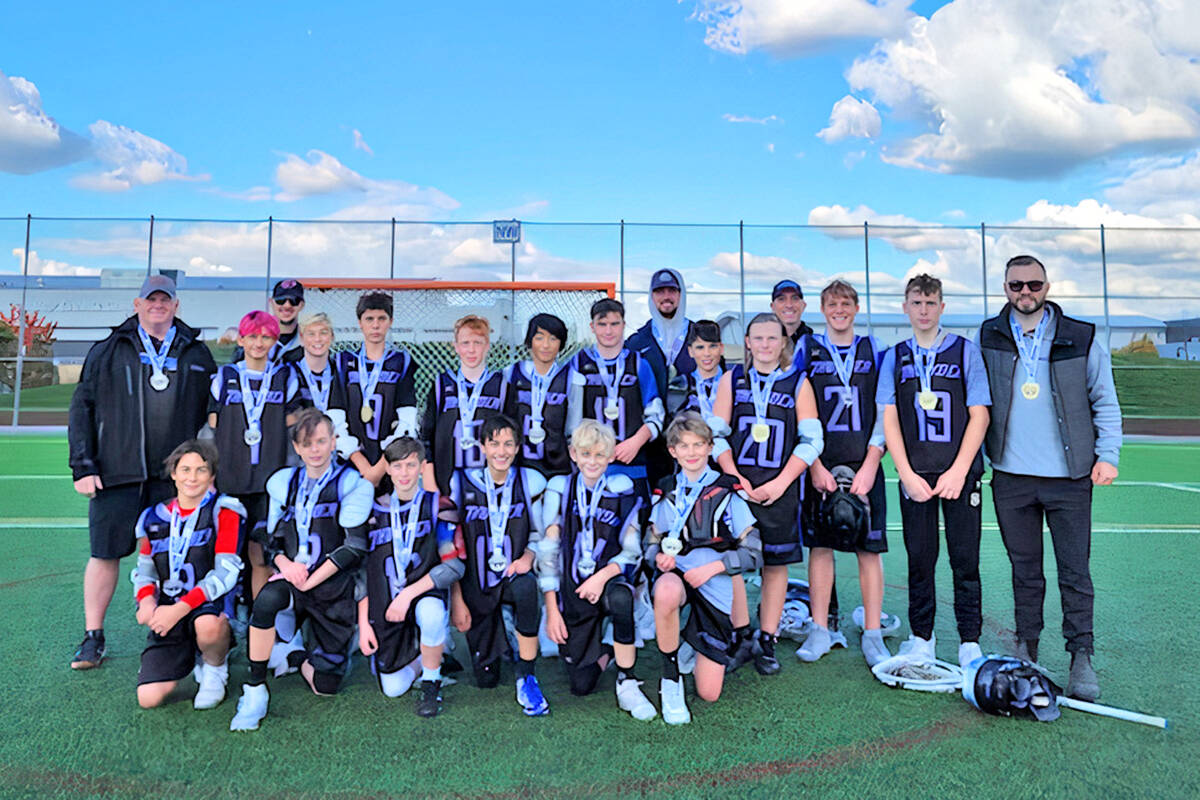 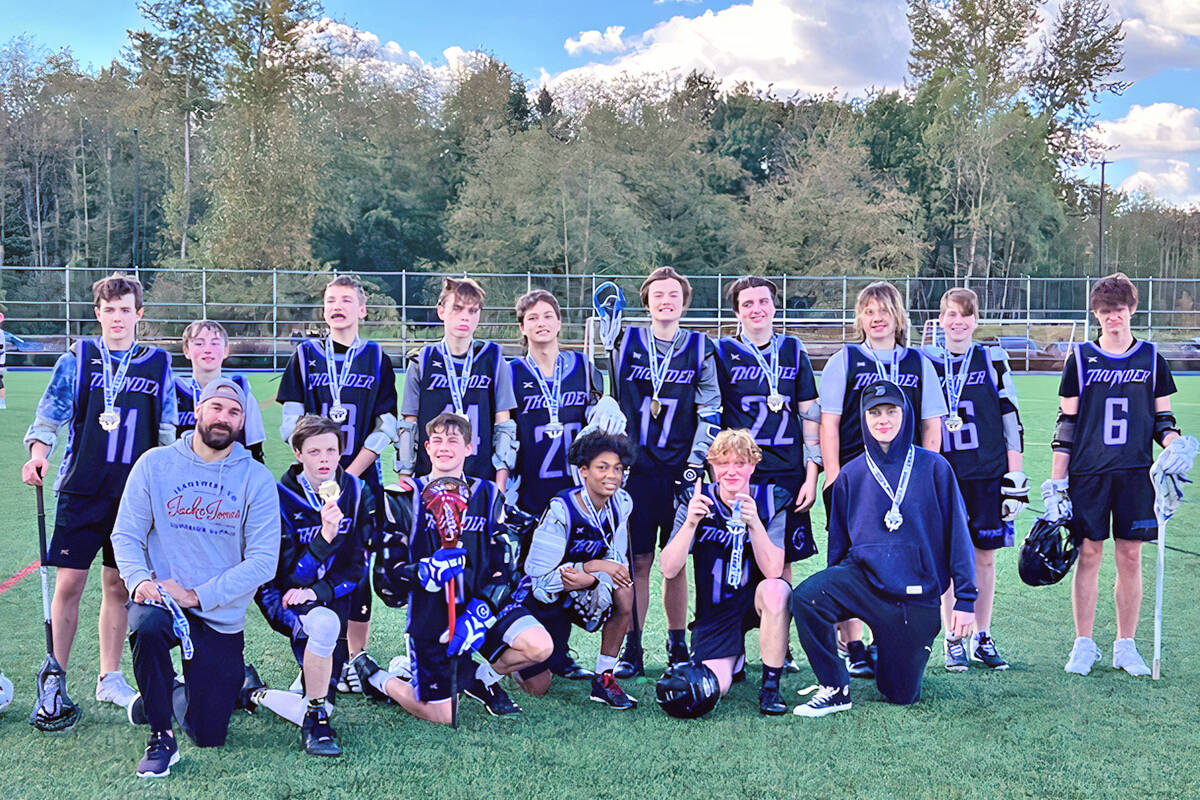 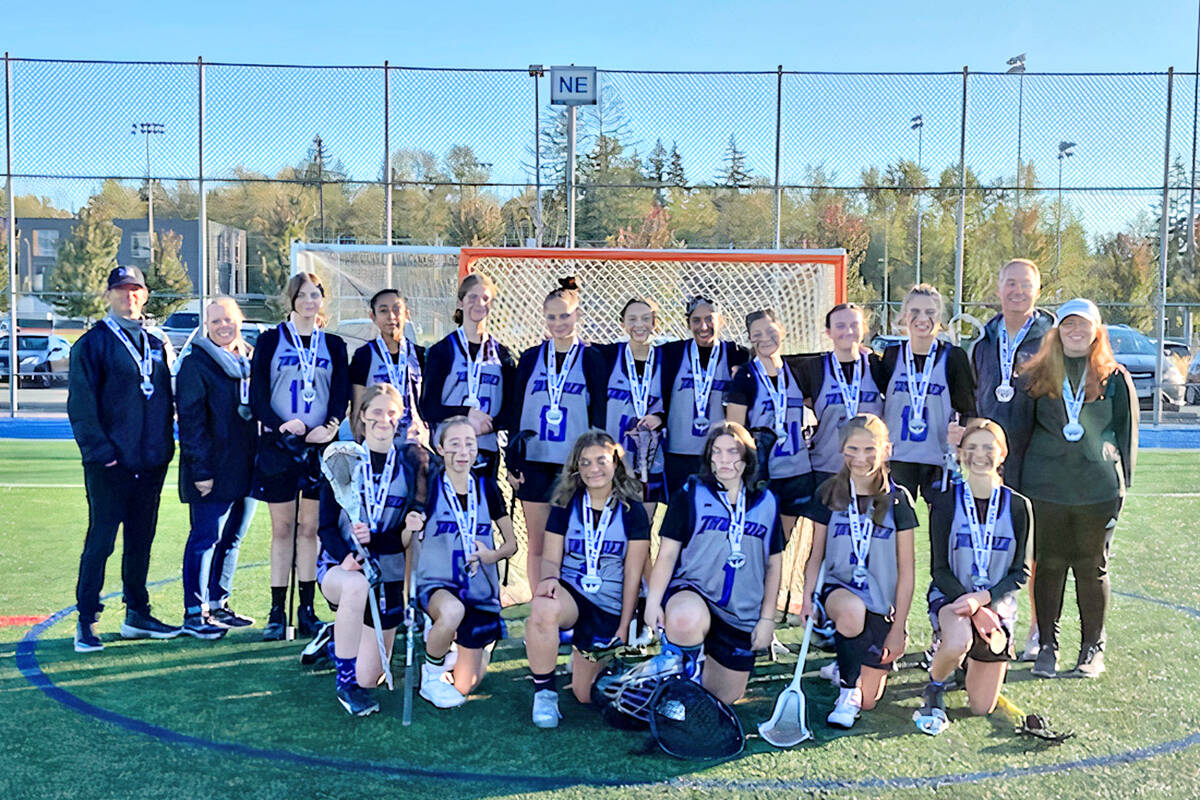 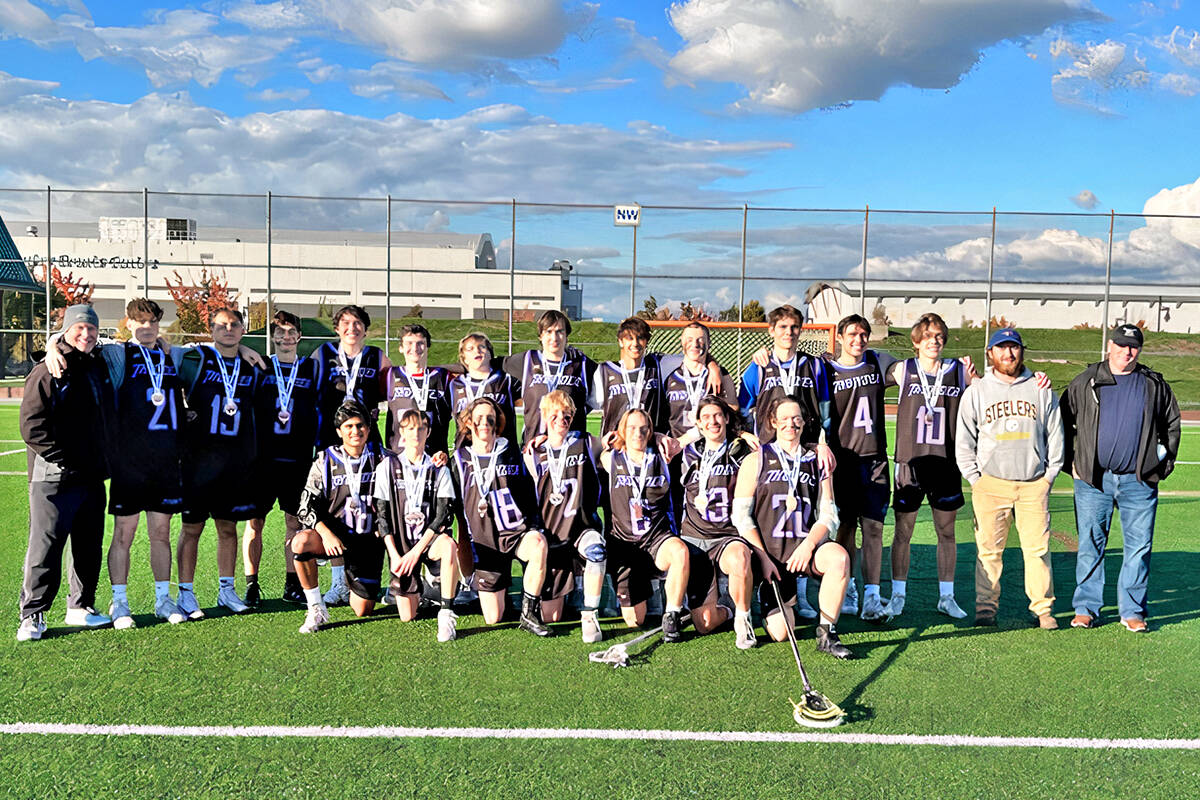 Hosted by Langley Minor Lacrosse Association on four fields, from Oct. 8-11, the event drew 37 teams from all over BC to compete in 100 games.

Langley’s U13 Tier One team won gold with a 10-4 score over the Adanacs on Monday, Oct. 11, giving them back-to-back gold medal finishes following their earlier victory at the 2021 Burrards West Coast Shootout lacrosse tournament in Maple Ridge, held Sept. 30 to Oct. 3.

Langley U15 Tier Two also won gold with an 10-7 win over Surrey.

U15 females made it all the way to the gold medal round, but had to settle for silver following a 14-13 sudden death overtime loss to Port Coquitlam.

“The team worked very hard with some exciting goals and team play to get to the gold medal game against the PoCo Saints,” Jones remarked.

Langley U18 won bronze with a 7-3 win over Kamloops.

U18 head coach Cal Slade viewed the tournament as a ” great experience for our group.”

“It was excellent to see how our guys built off of each game and continued to improve,” Slade commented.

“We’re excited to keep this momentum rolling into our regular season.”