After setting an early and substantial lead Saturday, the Saskatoon Hilltops earned their fifth Canadian bowl at the expense of the Langley Rams, with a final score of 58-21.

By the end of the first quarter at the Saskatoon Minor Football Field, the Hilltops were ahead of the Rams 9-0.

With 1:11 left in the second quarter, the Rams returned the kickoff 100 yards for the major, but the Hilltops kept scoring.

Rams went on to score two more touchdowns, but it wasn’t enough to do more than narrow the gap.

The Rams threw for a total of 334 yards, the most allowed this year by the Hilltops, who gave up an average of only 170 yards per game against in the eight-game Prairie Conference regular season.

Rams quarterback Duncan Little completed 21 of his 31 attempts for 265 yards and threw a 42 yard touchdown pass to Jevon Cottoy, who finished the day with five receptions for 109 yards and a touchdown despite dealing with double coverage all game.

The Rams were unable to amount a rushing attack on the Hilltops, who gave up an average 112 yards rushing per game during the regular season, and could only muster a total of 40 yards on the ground, most of those coming from Joseph Carter, who ran for 34 yards on four carries.

The Highlight of the game was a spectacular 100 yard kickoff return touchdown by the Rams Anthony Blackwell.

For the Hilltops, who have been undefeated in two years, it was a record-setting fifth straight Bowl win.

Before the game, two Rams were named to the CJFL All Canadian team.

Defensive back Kyle Clarot, who is a Langley native, and defensive lineman Skye King, were inducted at the Banquet of Champions in Saskatoon on Friday (Nov. 16).

Clarot is a native of Langley who grew up playing for the Langley Minor Football organization.

King is 6 ft. 3 in., 265 lb., and hails from Buffalo, N.Y. He was named BCFC top defensive lineman this year. His tally includes 10 tackles, eight assisted tackles, four sacks, one fumble recovery and one knockdown.

The Rams earned their trip to Canadian Bowl Junior Football National Championship game with a 39-14 home win over the Ontario Football Conference champions Hamilton Hurricanes a few weeks back. 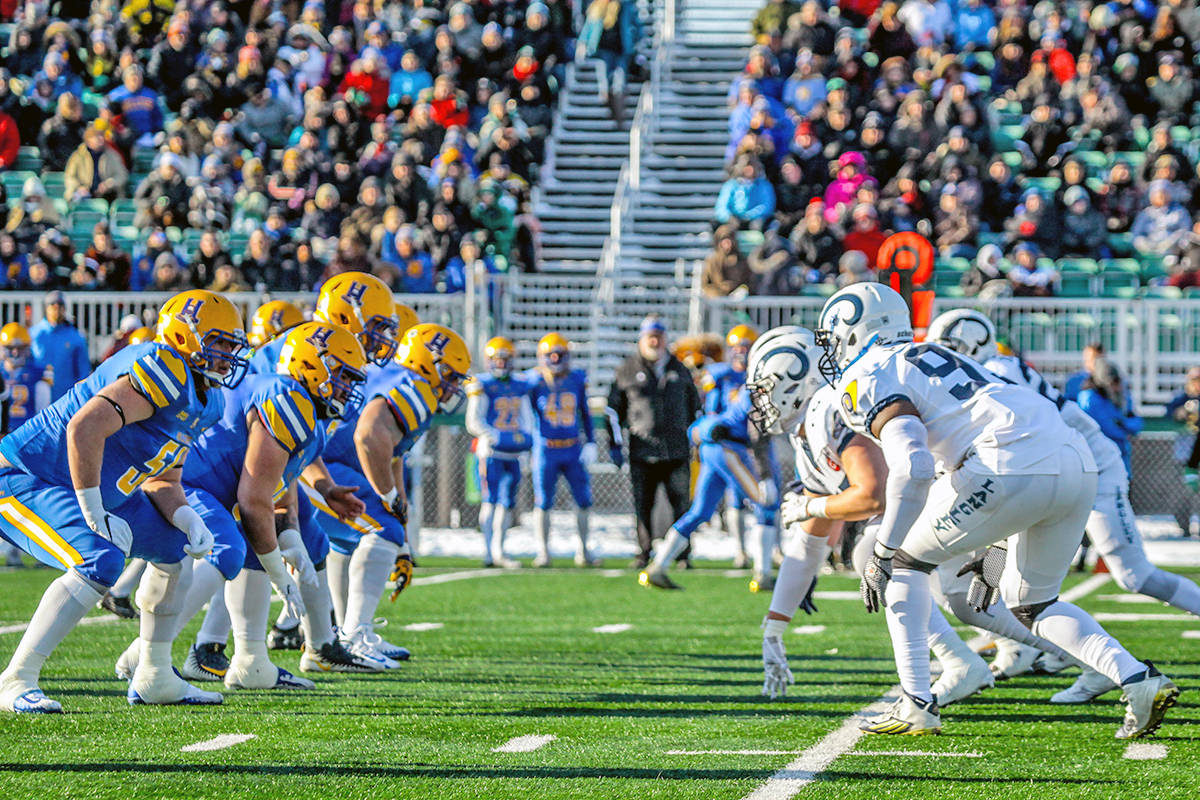 The Rams line up against the Hilltops. Adam Marchetti photo 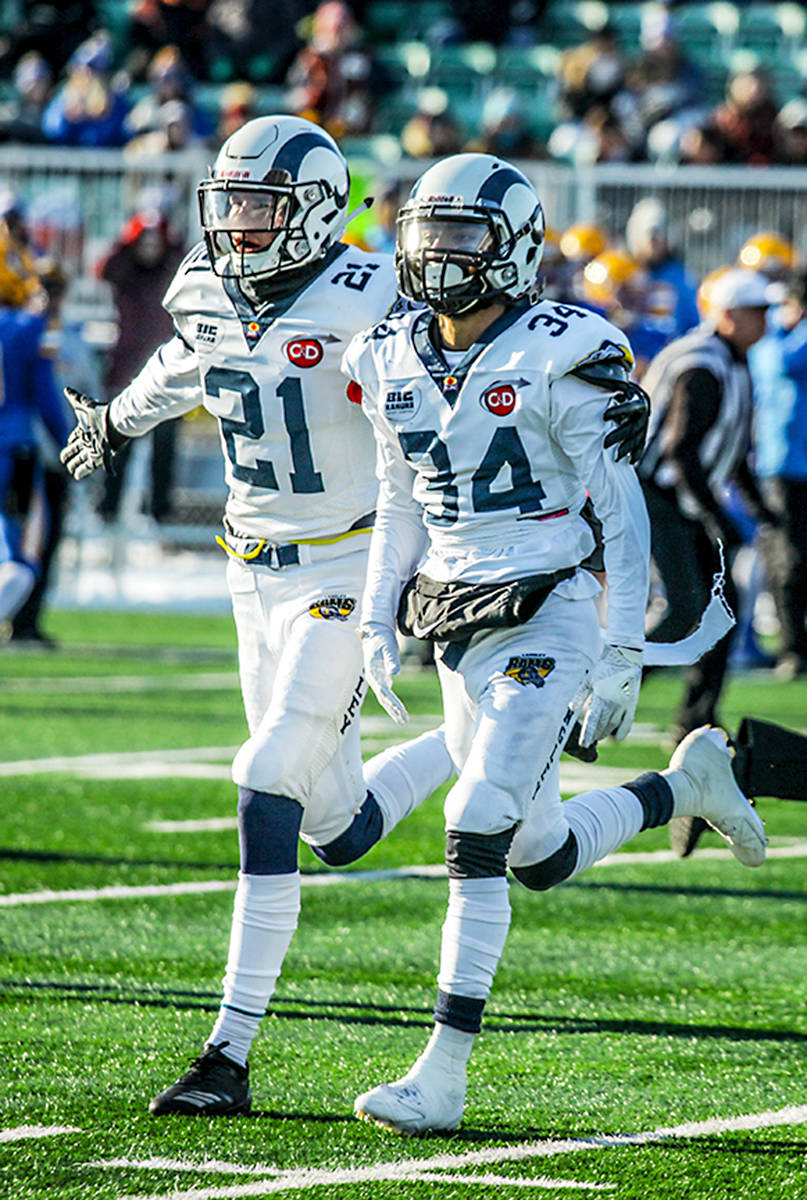 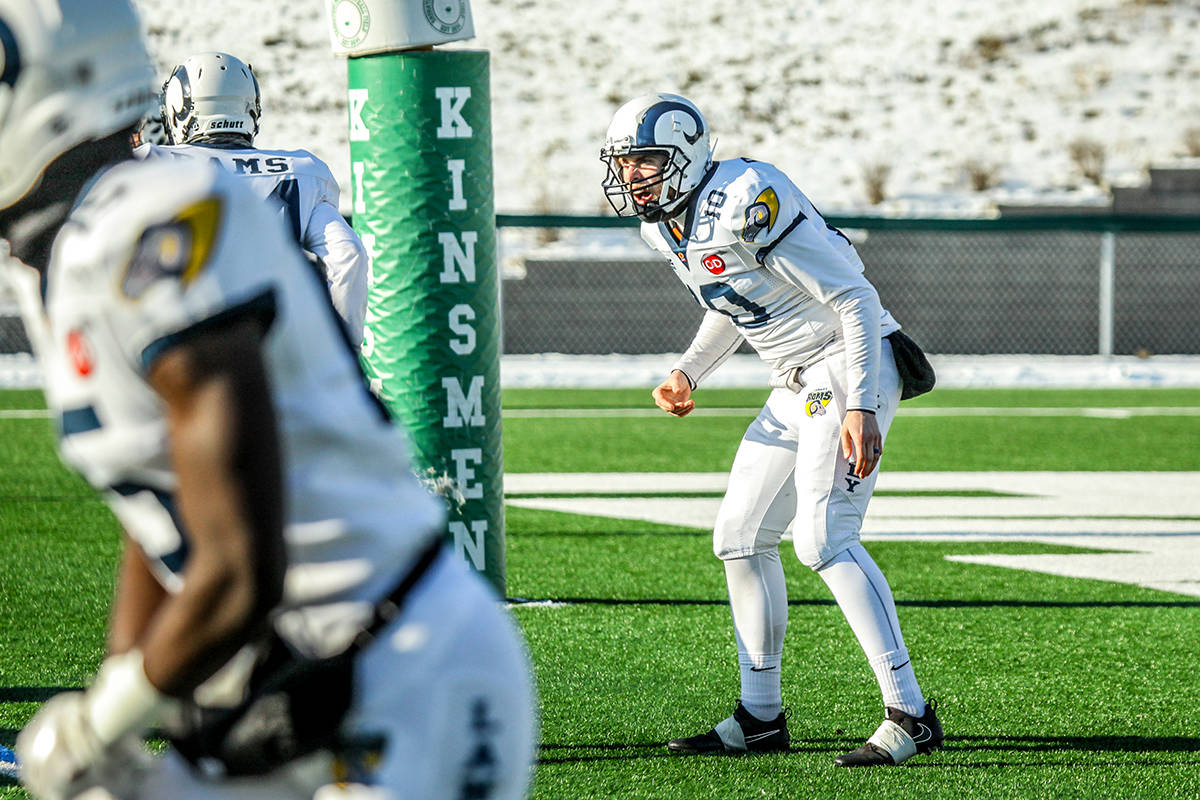 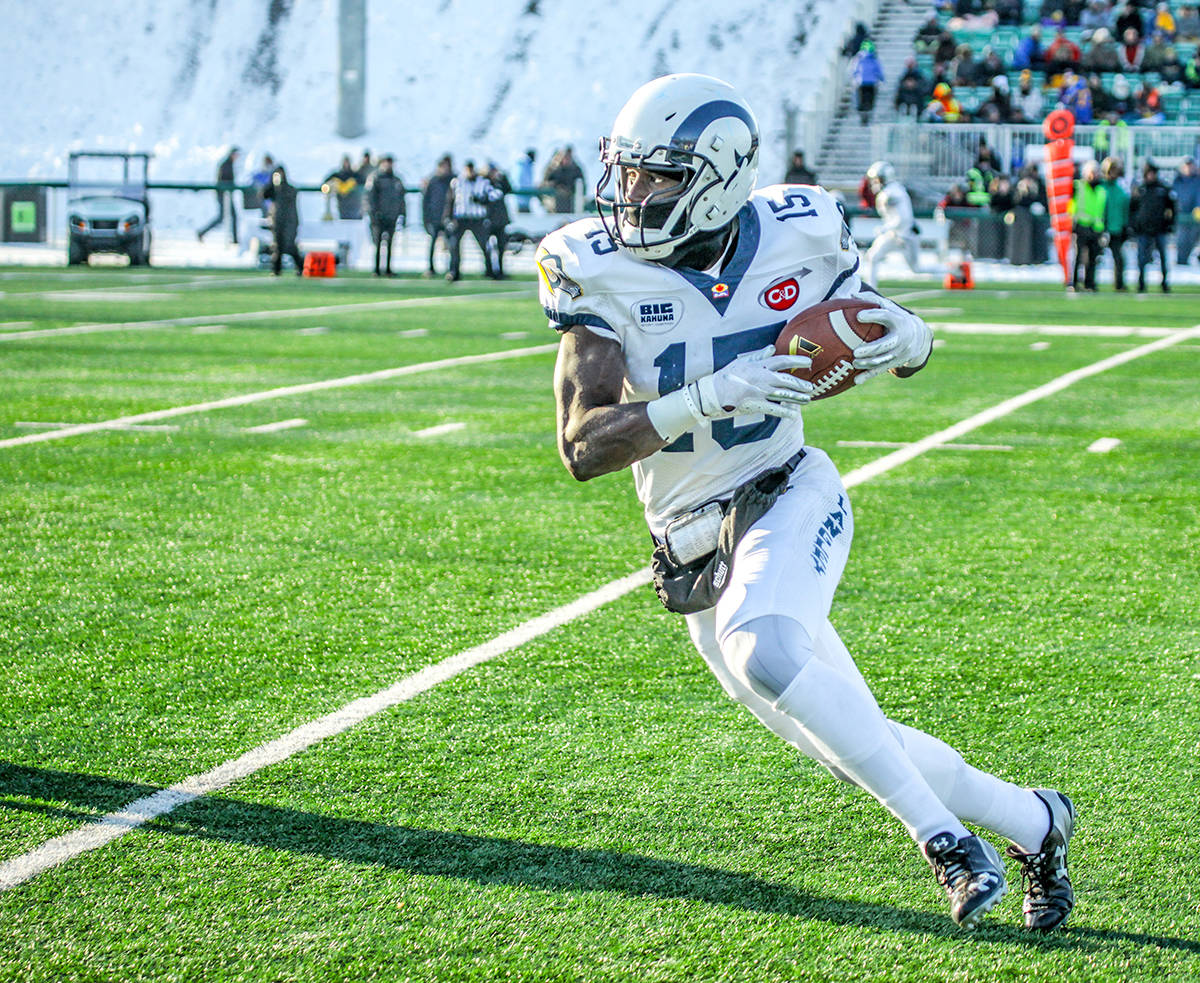 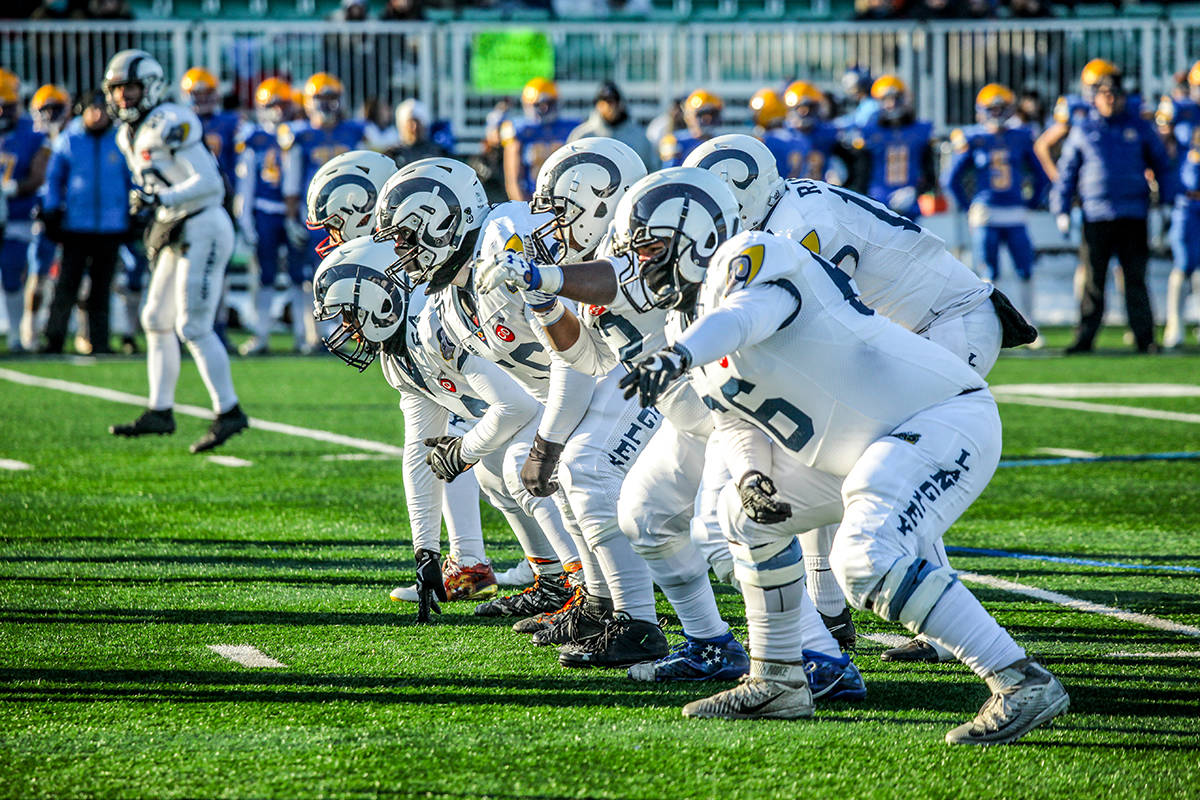 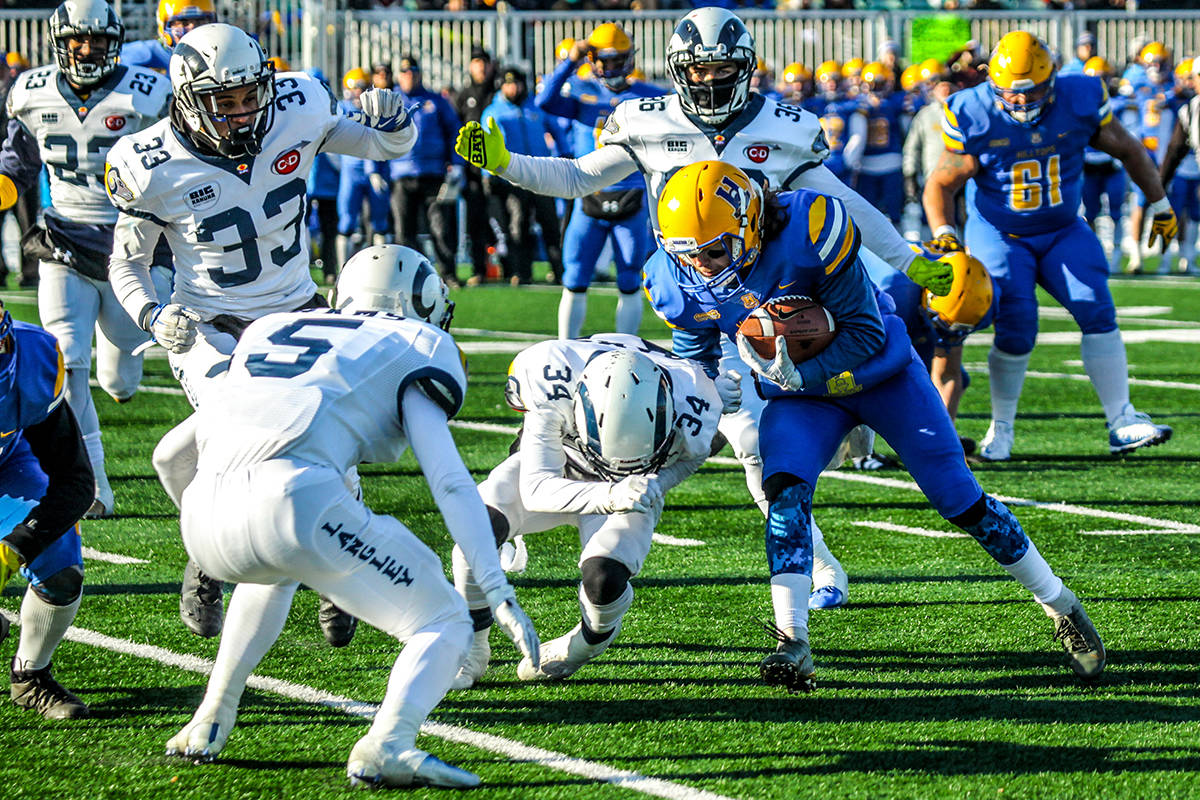