Riley Wallach’s unassisted goal 2:44 into the third period snapped a 1-1 tie and lifted the visiting Langley Rivermen to a 3-1 B.C. Hockey League win over the Vernon Vipers in front of 2,073 fans Saturday, Nov. 23, at Kal Tire Place.

Brendan Budy scored his second of the game into an empty net at 19:55 for Langley. He opened the scoring at 3:49 of the first period.

Connor Sleeth tied the game for the Vipers at 17:25 of the opening frame.

There was no scoring in the second period.

James Porter, Jr. made 32 saves in goal for Vernon as he continues to look for his first win since joining the Vipers. Porter is 0-3 but his teammates have only scored four goals in support in the three defeats.

The Vipers (14-11-1-1) are tied for fourth in the Interior Division with the Wenatchee Wild, who have a game in hand. Both teams are 10 points back of the Salmon Arm Silverbacks and Trail Smoke Eaters, who are tied for second. Each team is three back of the front-running Penticton Vees (21-7-1-0).

SNAKE BITES: Two Vipers have signed letters of intent with NCAA Div. 1 schools. Marritt, the team’s captain, signed with the Northern Michigan Wildcats while defenceman Christian Felton has signed with the Bentley Falcons. 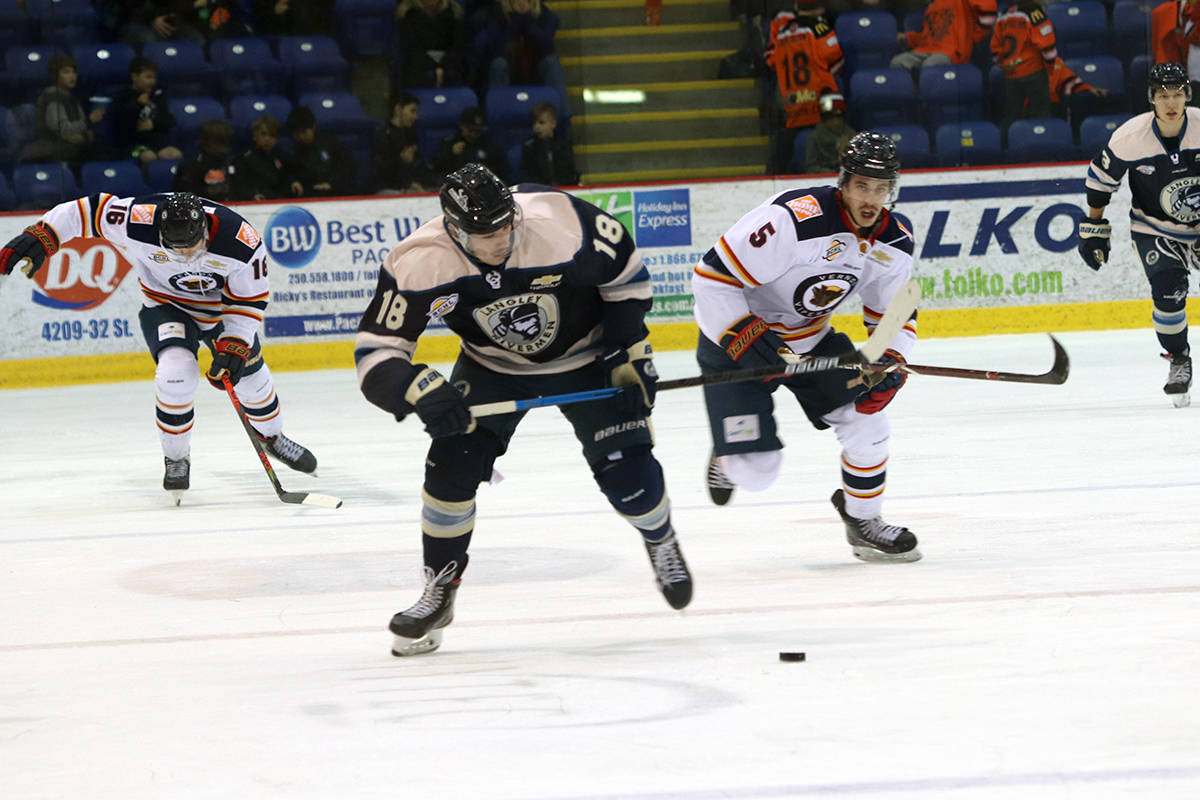